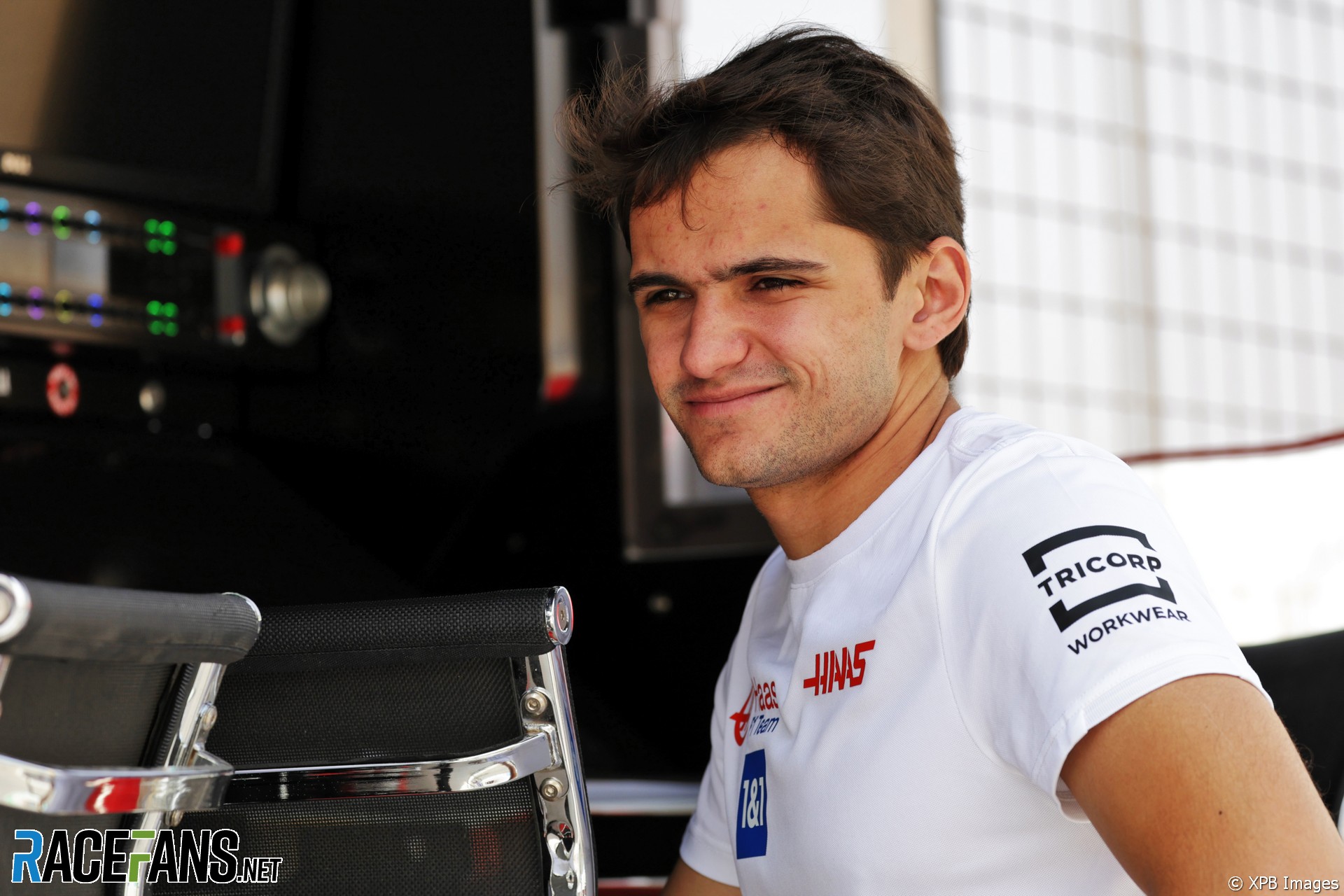 Pietro Fittipaldi admitted he was anticipating the chance to become a full-time Formula 1 driver after a vacancy opened up at Haas.

Team principal Guenther Steiner said the team’s reserve driver would have the “first call” on the seat which opened up after Nikita Mazepin was dropped in the wake of Russia’s invasion of Ukraine.

But while Fittipaldi was given the chance to drive the car in this week’s test, Haas confirmed yesterday former driver Kevin Magnussen had been rehired to take Mazepin’s place.

“I had to fight through a lot of adversity in my career already and this is just something else,” said Fittipaldi after his first run in the team’s VF-22 today. “The only thing I can do now is work even harder.”

The US-born grandson of two-times world champion Emerson Fittipaldi made his F1 debut for Haas as a substitute in two races at the end of 2020. He said he’d kept his emotions under control but was disappointed to have been passed over for the drive.

“For sure on Monday I was like ‘shit, man, we almost had a shot’ and I know what we could have done. It would have been huge with Brazil and everything. It would have been amazing. The Miami GP, I was born in Miami, and like a lot of [other] things, and I thought it was really going to come together.

“But it’s fine. It’s not a problem. The next day you wake up, got to work harder and another opportunity will come. I know the story doesn’t end here, whatever it may be.”

Fittipaldi joined Haas as a test driver in 2019. He is determined to take advantage of any future opportunities to race for the team.

“I told Guenther I’m just as committed as I was before,” he said, “and every time he puts me in the car, I’m going to be as prepared as I can be and whatever I can improve, I’m going to be improving.

“And when the opportunity comes, maybe in the future, good, because I have more time to be even more prepared. So that’s the way I have to see it.”

He said he has “no hard feeling” towards Magnussen, who was his team mate during his two-race stint with the team at the end of 2020.

“We’re sharing the same drivers room so as soon as I got out, he was there and we spoke a little bit,” he explained to RaceFans. “I told him what to feel and what to expect for tomorrow. I’m sure we’re going to have another chat very soon and see how he feels tomorrow.”

Following the team’s difficult start to testing in Spain, Fittipaldi said they had focused on gaining mileage today.

“In Barcelona we had some bottoming out and stuff. Then you come here and on the first day you want to run as many laps as possible, so you run quite safe, quite high, you trim the floor.

“Then you start kind of coming back to what you think is ideal performance, and I’m sure we’re going to get to it the next couple of days. So it might feel very different for him tomorrow than what I felt today.

“If the goal today was to run as much as possible and not to have any reliability issues and stuff. So we’ll see how he feels tomorrow and the following day.”