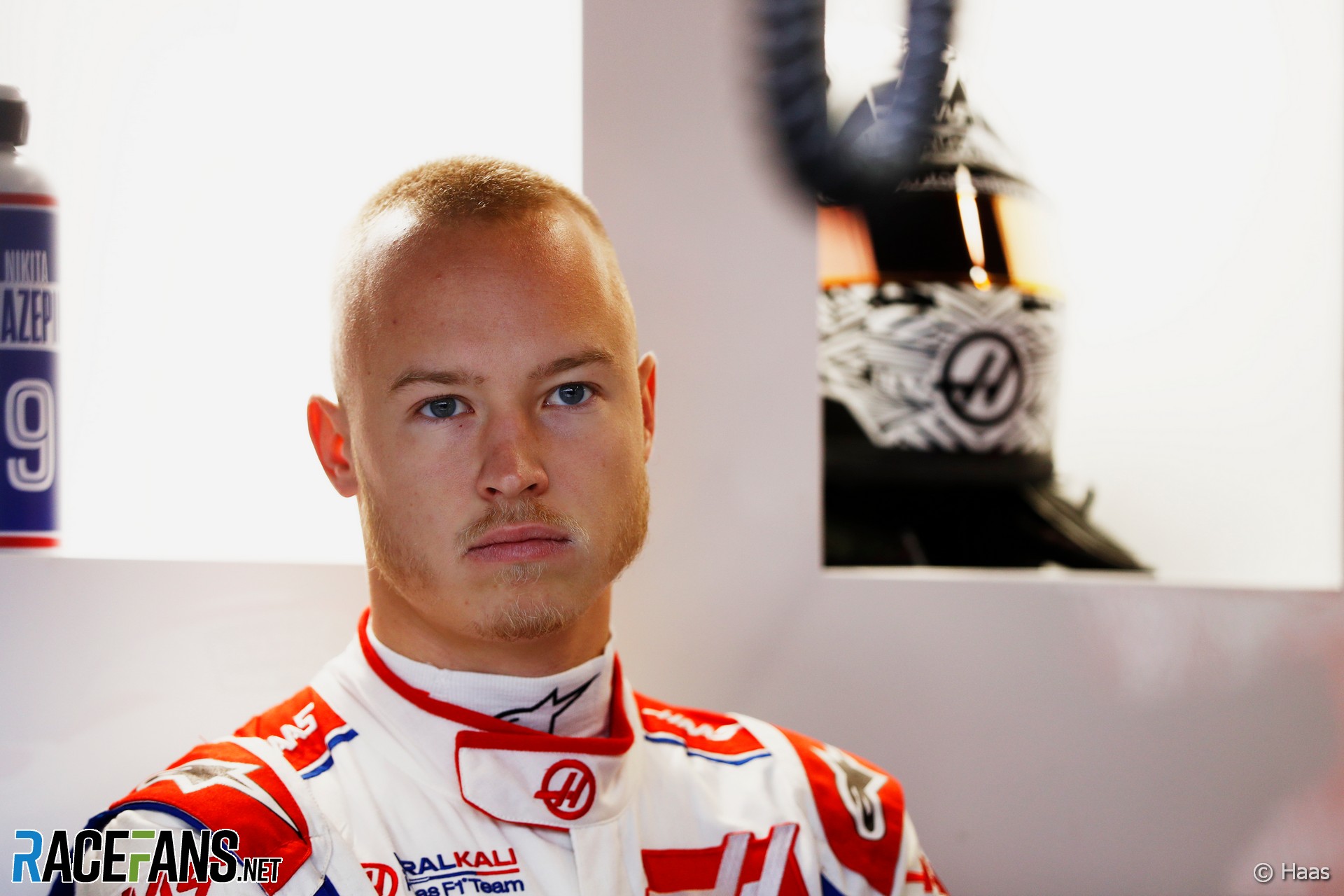 Nikita Mazepin may lose his drive at Haas as the team revealed it will make a decision on the future of its Uralkali sponsorship next week.

Team principal Guenther Steiner said the team moved swiftly when news of the invasion broke yesterday. He described how he immediately raised the matter with team owner Gene Haas.

“Obviously in the morning when I got up and looked at the news there were a few words there which I better not say here,” Steiner said in response to a question from RaceFans. “Then I went straight to talk to Gene about it and then we got in contact with our other partners and made a decision.

“As you saw we reacted very quick to it so you can imagine it was very straight talks. Obviously you need to keep the people involved, the headquarters of Haas Automation is in California, they are nine hours behind so I had to wait until I could get in touch with the board of Haas Automation as well because they are the biggest partner on our car and speak with the CEO there as well to talk it through.

The team will now consider next week whether to continue its association with Uralkali. “We have to sort out all the legal stuff, which I cannot speak, about next week,” said Steiner. “We will work through it next week.”

Steiner stressed the team is prepared to withstand the loss of Uralkali, which is its title sponsor and a hugely significant contributor to the team’s budget. “Financially we are okay,” he said. “It has no [implication] on the team, how we are running it or how we’re doing, how we planned this season. There is more ways to get the funding so that there’s no issue with that one.”

He confirmed the future of Mazepin, who is the son of Uralkali chief Dmitry Mazepin, is among the matters that “needs to be resolved.”

“Not everything depends on us here what is happening,” he explained. “There is governments involved and I have no power over them and I think we need to see also the situation, how it develops in Ukraine.”

Steiner confirmed the team has not had any contact with the United States government, which is among those bringing sanctions against Russia over the invasion. “Up to now the official sanctions from any of the governments have no influence on our business,” he said.

Mazepin is “putting a tough face on it”, said Steiner. “I mean, for sure it bothers him because it’s his home country. There is no guarantees anywhere.

“As I said before, we just need to see how this all develops, where it goes. There is more than F1 team involved here there are governments involved in this one so I have no idea what is coming from that side.”

In a statement on social media, Mazepin said: “It’s a difficult time and I am not in control over a lot of what is being said and done. I’m choosing to focus on what I can control by working hard and doing my best for my Haas F1 team. My deepest thanks for your understanding and support.”