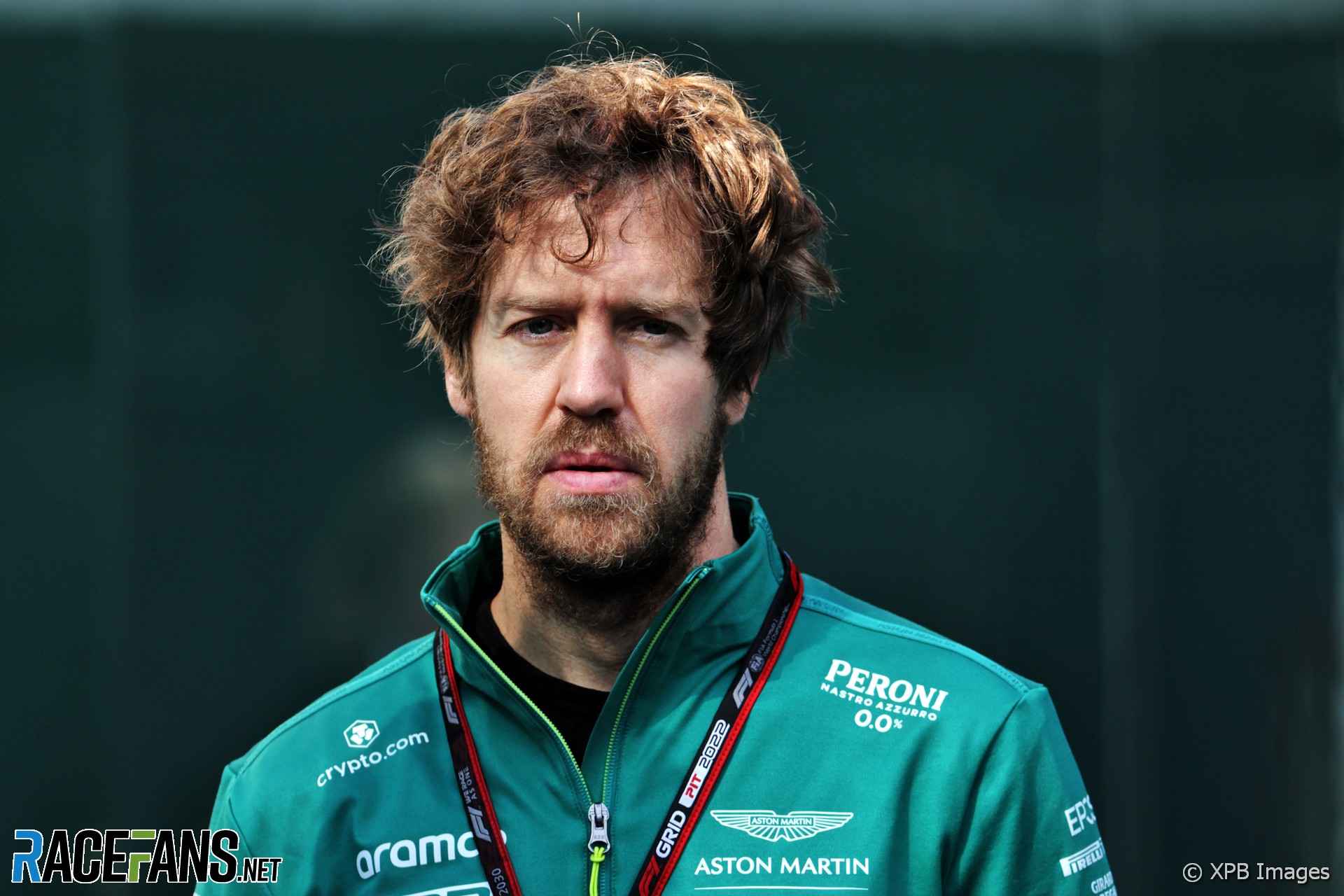 Sebastian Vettel has challenged Formula 1 bosses not to go ahead with this year’s Russian Grand Prix, saying he will not take part in the race following the country’s invasion of Ukraine.

Russia sent troops into the country within the last 24 hours. F1 said earlier today it is “monitoring the situation” and its potential impact on the race which is due to take place in September.

Vettel, who is a director of the Grand Prix Drivers Association, said the group had not discussed the issue yet but he is firm in his view the race should not go ahead. “As GPDA we haven’t spoken on the subject so I can’t speak on behalf of GPDA,” he said in today’s FIA press conference.

“But in my personal opinion, obviously I woke up to this morning’s news shocked. I don’t know, I think it’s horrible to see what is happening. Obviously if you look at the calendar, we have a race scheduled in Russia.

“For myself, my own opinion is I should not go, I will not go. I think it’s wrong to race in that country. I’m sorry for the innocent people that are losing their lives, getting killed for stupid reasons. A very, very strange and mad leadership.

“I’m sure there’s something we will talk about but as I said on behalf of the GPDA we haven’t come together yet. But personally I’m so shocked and sad to see what’s going on. We will see going forward but I think my decision is already made.”

Max Verstappen also indicated he does not believe the grand prix should go ahead.

“I think when a country is at war it’s not correct to race there, that’s for sure,” said the new world champion. “But it’s not only what I think, the whole paddock is going to decide what we’re going to do next.”

However Fernando Alonso pointed out the decision whether the race should go ahead or not is out of their hands.

“I think it’s going to be Formula 1’s decision eventually,” said the Alpine driver. “I don’t think that we drivers we have our opinion and I’m sure it is the same one as everyone. We don’t have the power to decide.

“Things like that we can make our own decision for sure but eventually I think that Formula 1 will do the best.”

The GPDA “will have to speak about it,” said Charles Leclerc. “But to not go too much into details because to be honest I don’t have all the information about what’s happening.

“It’s very sad to see that, especially in 2022. Then we’ll take a decision, I think Formula 1 will probably take a decision and have more info than we do. I can’t express myself any more than that, I honestly don’t have all the information about it.”

148 comments on “Vettel will boycott Russian GP: “It’s wrong to race in that country””