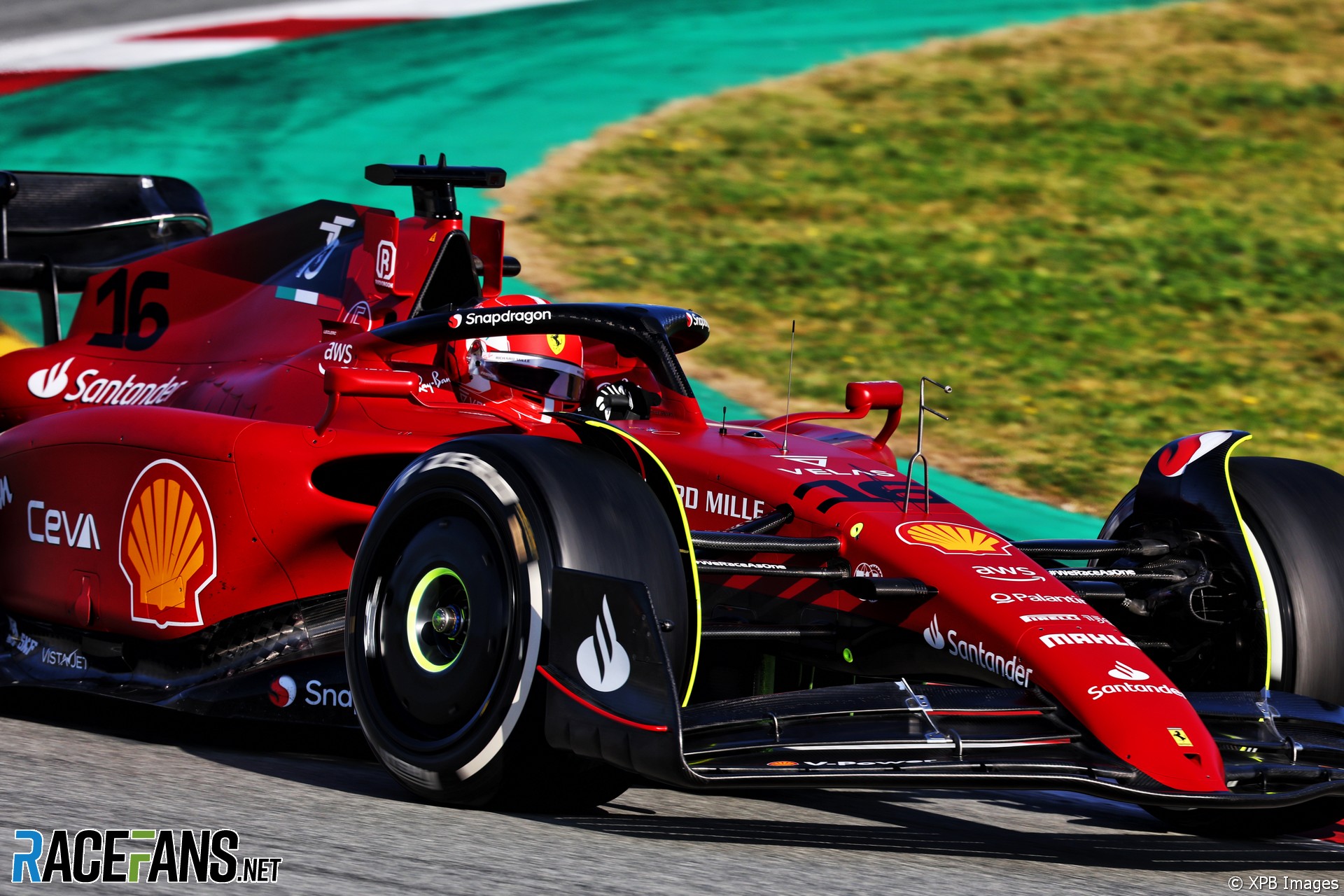 Charles Leclerc set the fastest time of the second day of pre-season testing in Barcelona as Ferrari again recorded the most laps of any team.

The Ferrari drivers combined for a total of 150 laps between Carlos Sainz Jnr in the morning session and Leclerc in the afternoon. Leclerc’s best lap time of a 1’19.689 was enough to see him end the day’s running quickest, just over a tenth slower than Lando Norris’s best time from the opening day.

Pierre Gasly ended his first day of running in the AlphaTauri AT03 second on the timesheets after recording the most laps of any single driver over the two sessions with 147. Daniel Ricciardo enjoyed a similarly productive day to his McLaren team mate Norris, clocking up 126 laps of the Barcelona circuit and setting the third best time of the day, almost six tenths from Leclerc’s best.

New Mercedes driver George Russell set the fourth fastest time of the day in the afternoon session and recorded a race distance in the W13. Russell’s team mate Lewis Hamilton finished the morning session with 40 laps under his belt, but set the overall slowest best time of all 16 runners during the day.

Ricciardo had set the early pace in the morning session, when a stoppage for Sergio Perez in the Red Bull RB18 on the exit of turn 13 led to the first red flag intervention of the session. Red Bull were able to address the reported gearbox problem and send Perez back out, where he ended the day seventh-fastest with 78 laps of running.

Having taken over the Haas VF-22 in the afternoon, Nikita Mazepin’s running was curtailed temporarily when a fuel pump problem saw him stop on track, before he was brought back to the pits allowing the team to fix the fault and return him to the track, where he finished the day eighth in the timings.

Alfa Romeo rookie Guanyu Zhou took his first runs in the C42 in the afternoon, where he was able to log 71 laps – by far the most in a single session for the team so far – and finish the day in tenth on the timing screens. Esteban Ocon took over the Alpine A552 for the first time and was able to complete 125 laps over the course of the two sessions.

There is one final day of running tomorrow before the second and final pre-season test in two weeks’ time in Bahrain. The afternoon session will see the track artificially soaked to allow teams to test the new 2022 cars in wet conditions.