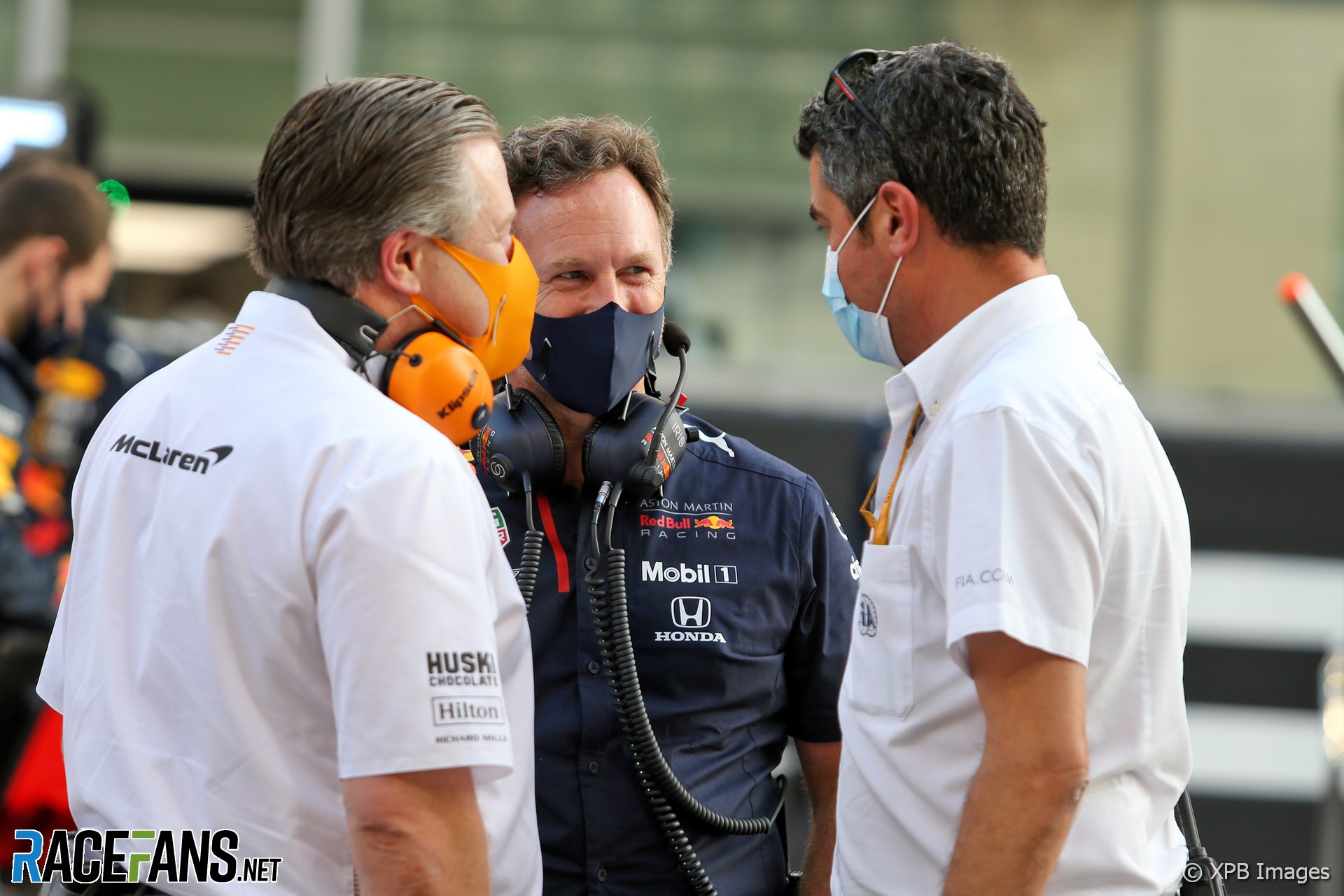 McLaren Racing CEO Zak Brown has called for stronger leadership of Formula 1 following a series of episodes which he says have made it feel “like a pantomime audition rather than the pinnacle of a global sport.”

Following the election of Mohammed Ben Sulayem as president of the FIA last month, Brown called on the sport’s governing body to take a tougher line against teams’ efforts to obtain benefits by influencing rules changes.

Some teams are “effectively holding the sport hostage from what’s best for the fans and therefore the sport at large”, claimed Brown in an article published on McLaren’s website. “These teams seem unable to accept that a budget cap is in the best interests of the sport and cannot kick their habit of spending their way to the front.”

He accused unnamed rivals of pushing for an increase in the budget cap, which falls from $145 million to $140m this year, due to the planned rise in the number of sprint qualifying events planned for the 2022 F1 season.

“Some teams still look for excuses to raise the cost cap and win world championships with chequebooks,” said Brown. “The ongoing lobbying by certain teams to increase the cost cap for sprint race damage is a continuing example.

“The Saturday sprint race initiative by Formula 1 has added new viewers and raised the profile of the sport to expand its global fanbase. However, these teams continue to demand a raise to the cost cap by an inordinate amount of money, despite the clear evidence that little damage was incurred during these races last year, in a thinly veiled attempt to protect from their competitive advantage being eroded.”

He also urged F1 to take a tougher line against ‘B teams’ – customer off-shoots of manufacturer entrants – which he believes are given an unfair advantage under the current F1 structure.

“The regulations, as they stand today, are heavily biased towards B teams/customer teams which is not in line with F1’s principle of a group of genuine constructors competing with one another on even terms,” said Brown. “It is diminishing what being an F1 ‘team’ means and the fabric of the sport.”

The sport is already grappling with the consequences of the deeply controversial conclusion to last season, in which FIA F1 race director Michael Masi was accused of changing the application of the rules to create a last-lap shoot-out for the world championship between Lewis Hamilton and Max Verstappen. However Brown said the events of Abu Dhabi were just one example of the structural problems the sport faces.

“It is obvious to focus on the events of Abu Dhabi at the end of last season, which are the subject of an FIA investigation,” said Brown, “but this was a symptom rather than cause in my view.

“There have been systemic issues around alignment and clarity on who makes the rules – the FIA or the teams – that have manifested themselves in the past couple of years, at times in a high-profile way.”

He referred to the planned 2020 F1 round in Melbourne, which was cancelled at short notice following the outbreak of the Covid-19 pandemic, and last year’s race at Spa-Francorchamps, where competitors were awarded half-points on the basis of a single lap being run behind the Safety Car in extremely wet conditions.

“The signs of organisational difficulties could be seen at the 2020 Australian Grand Prix and at last year’s Belgian Grand Prix, both hallmarked by a seeming lack of preparation for the events unfolding and temporary inertia on the solutions,” said Brown.

He believes that, following a period of consultation with teams which yielded the new technical regulations for this season and financial rules introduced last year, F1 should revert to a more direct form of leadership.

“It is clear that some of the rules and their governance are not acceptable as things stand,” said Brown. “No one is happy with the inconsistency in the policing of the regulations, but which has been habitually exploited by teams for competitive advantage.

“I have said before that the teams have too much power and it needs to be reduced. We have a significant role in the drafting of the regulations and governance of Formula 1 and that influence is not always driven by what is best overall for the sport.

“Yes, teams should be consulted, and their informed perspectives considered, particularly on long-term strategic issues. But at times it has seemed the sport is governed by certain teams.

“This has not been edifying for F1. At times it’s felt like a pantomime audition rather than the pinnacle of a global sport.”