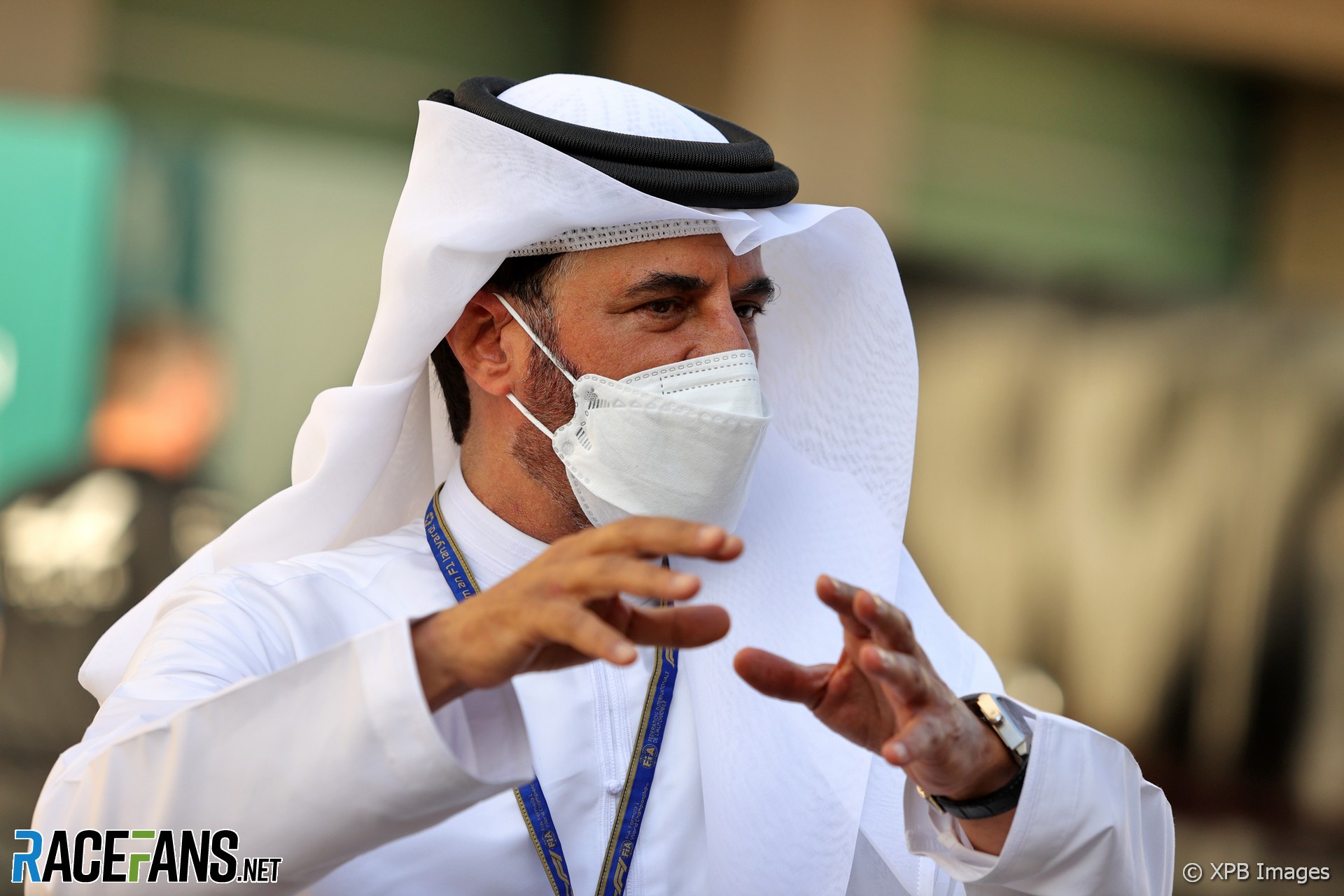 On Friday in Paris the FIA club membership voted overwhelmingly in favour of change by electing Mohammed Ben Sulayem as president of world motoring’s governing body through to the equivalent meeting in 2025.

The Emirati’s nominated ‘slate’ – as required by FIA statutes – consisted of Carmelo Sanz de Barros as president of the FIA Senate, Robert Reid as deputy president (sport) and Tim Shearman as the equivalent for mobility.

Having won the vote by 62% to the 36% of Graham Stoker (2% abstained) they take over from Jean Todt and his team, the Frenchman having led the FIA since 2009, when he replaced Max Mosley amid the global economic crisis. Todt leaves some massive shoes to fill, having totally restructured the body along business lines as outlined here.

Still, there is room for improvement, and Ben Sulayem believes that total change will provide the optimum route for the progress and development of motorsport. For starters, the 60-year-old, whose motorsport background lies in Middle East and WRC rallying followed by regional club administration, pledged to appoint a CEO “to provide an integrated and aligned approach”.

Thus, various day-to-day activities and decisions will no longer burden the president, freeing him to concentrate on his two primary roles: presiding over 200-odd clubs in 140 countries while raising the FIA’s international sporting, mobility and road safety profiles in the face of enormous societal challenges towards road usage and sustainability.

As the first elected non-European president of the FIA in its 117-year history the Emirati is obviously strong on cultural change, and in addition to the CEO role he intends appointing an Equality, Diversity and Inclusivity Officer to ensure that all demographic groups are properly represented and that equal opportunities are provided for all, be they in sporting and/or mobility disciplines, be they in competition or other roles.

Of the list three are due separate mentions: Connelly, who is also a senior FIA steward; Kristensen, previously a WMSC member as drivers representative and during this election stood as Stoker’s deputy president (sport); and Mohamed, initially nominated by Stoker as a vice-president but now in Ben Sulayem’s cabinet as statutes demand three female WMSC members and his list had just two women.

Still to be nominated are a replacement as driver representative for nine-time Le Mans winner Kristensen, Women in Motorsport president (Michelle Mouton steps down) and the CIK and manufacturer commission presidents. F1’s president (currently Stefano Domenicali) is a member by right, while Ferrari’s team boss (currently Mattia Binotto) replaces the manufacturer commission representative when F1 items are tabled.

However, of greater immediate interest to RaceFans readers is Ben Sulayem’s sporting manifesto, which sets out motorsport’s road map through to the end of 2025 and – should they be re-elected – beyond. Acting on the pledges made in the document will be the responsibility of Reid, world champion rally co-driver to Richard Burns in 2001 and a seasoned motorsport administrator.

Until this week Reid was president of the FIA closed road (rally) commission and sat on the international sporting code review and safety commission. Since retiring from competition he has acted as performance consultant to both on an individual basis and for Motorsport UK, chaired by his former Subaru rally boss David Richards – who was an influential Ben Sulayem supporter and is now a WMSC member.

Apart from a heavy emphasis on grassroots and regional motorsport development – good news for F1 and other world championship series as it implies they will leave these very much alone – and said diversity initiatives, the manifesto prioritises a doubling in global motorsport participation within four years, enhanced value for clubs from international series and intensified lobbying for motorsport at political levels.

The presidential team says it will achieve these objectives by introducing revised governance to redefine in the FIA, developing new audiences to secure the long-term growth of motorsport, embracing digital technologies, focusing on growth, enhancing worldwide engagement with the global regulatory authorities and strengthening cohesion between sport and mobility.

Of this list, the ones most affecting F1 are the first two, particularly given recent events and subsequent allegations that the need for ‘show’ has overtaken sporting integrity. Indeed, Ben Sulayem and Reid face their first test when the no-show by Mercedes and Lewis Hamilton at the gala is brought before them by secretary-general for sport Peter Bayer. Collectively they must decide what if any steps are taken against the seven-times world champion.

The president of the FIA has the power to change the direction of F1 although the commercial rights holder (Liberty) will obviously resist any moves that could damage the sport commercially; equally, the FIA needs to stand firm in the face of any possible pressure from Liberty to introduce gimmicky regulations. Thus, it is a fine balancing act, one that Todt’s team deftly walked for almost 12 years, only to stumble at the final race.

Crucial to the credibility of the new administration will be their handling of the “analysis and clarification exercise” announced by Todt into events in Abu Dhabi. Do too little and they undermine F1; go in heavy-handed and they undermine their own regulations; do nothing and they lose the remaining faith fans have in the FIA.

Thus, a fascinating first test of Ben Sulayem and Reid’s abilities to navigate choppier roads than they faced during their rally careers awaits.