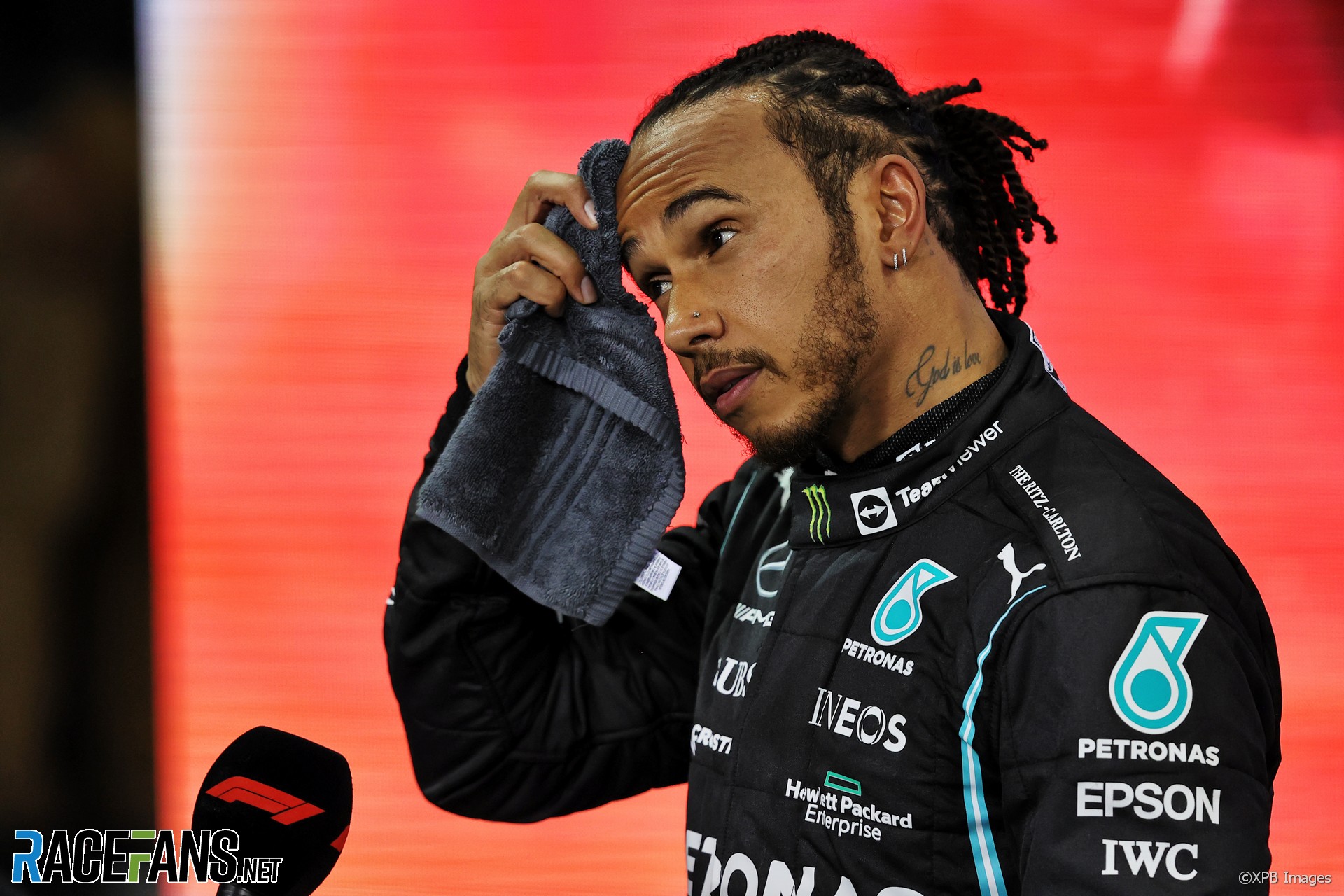 Lewis Hamilton’s failure to attend yesterday’s FIA prizegiving ceremony puts him at risk of a sanction from the sport’s governing body.

The Mercedes driver, who finished second in the world championship to Max Verstappen, did not attend the formal ceremony which took place in Paris yesterday.

Article 6.6 of the Formula 1 Sporting Regulations states “the drivers finishing first, second and third in the championship must be present at the annual FIA prizegiving ceremony.”

“As a driver I feel emotional,” said Ben Sulayem. “But at the end of the day rules are rules. So we are going to look into there, decide the rules there to be employed, was he in breach, I have to look into it.”

It will be up to Ben Sulayem to decide whether the matter is referred to an International Tribunal hearing or is decided on by the FIA stewards at the next round of the world championship, at Bahrain in March.

While indicating his willingness to reconsider regulations and stressing he understood the depth of Hamilton’s anger over the championship decider, Ben Sulayem said he need to familiarise himself with the details of the matter before deciding how to proceed.

“[Rules] are made by humans, they can improve and change by humans. Rules are there to be improved. I know that Lewis is really sad about what happened. In one word I would say he is broken.

“But, if there was any breach, I cannot – just a few hours now I’ve been president – just start giving answers without going back to the facts.”