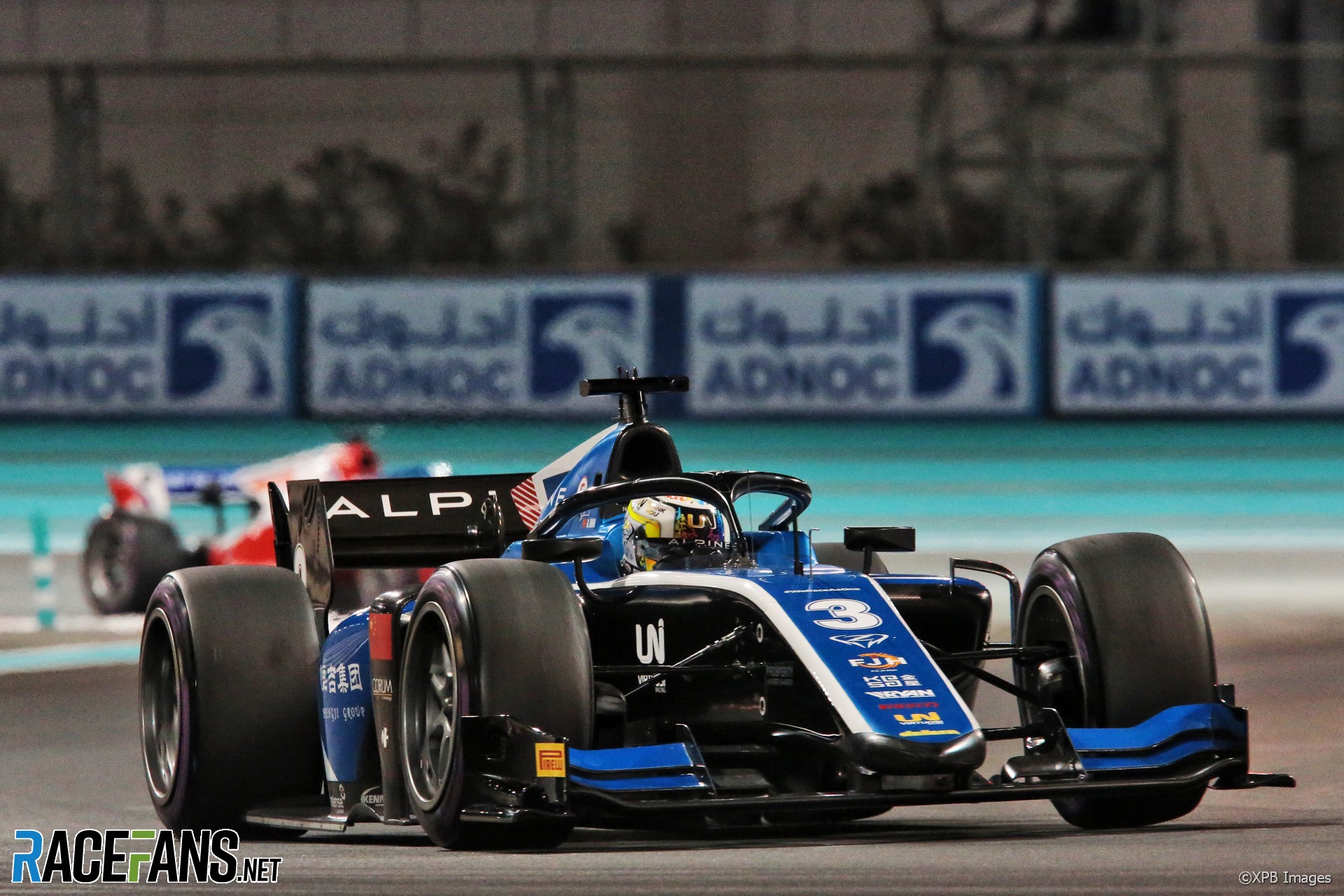 With the title already secured in the Saturday morning race, Piastri took a riskier approach to the evening encounter and got involved in several battles on the opening lap to the ire of his rivals. He moved up from tenth on the reversed grid to eighth, but then fell to 14th and was battling outside of the points when, at the new turn nine, he banged wheels with a diving Roy Nissany on his inside and then Juri Vips on his outside.

Both Piastri and Vips retired on the spot and the safety car was summoned. Nissany’s DAMS team mate Marcus Armstrong had led the race from reversed grid pole until this point, but on the safety car restart his car came to an unexplained halt and Virtuosi’s Zhou was promoted to the lead.

Zhou had started third, and moved into second after an earlier safety car period caused by HWA’s Alessio Deledda being punted out at turn nine by a dive from Campos’s Olli Caldwell.

Ralph Boschung, Caldwell’s team mate, was the driver Zhou passed on the first restart and then a later Virtual Safety Car period after the Piastri crash enabled Prema’s Robert Shwartzman to snatch second place from Boschung too.

Carlin’s Dan Ticktum put in a defensive job to finish fourth ahead of Virtuosi’s Felipe Drugovich, while Red Bull juniors Liam Lawson and Jehan Daruvala had a late battle for sixth settled in Lawson’s favour.

Jack Doohan made it three Red Bull-backed talents in a row in eighth to secure the final point.

ART’s Christian Lundgaard had been in contention for points before a clash with Nissany cut his tyre and forced him to pit, with Nissany’s front wing breaking and later requiring him to stop as well. However, the DAMS driver made up for it by claiming fastest lap on a new set of tyres.