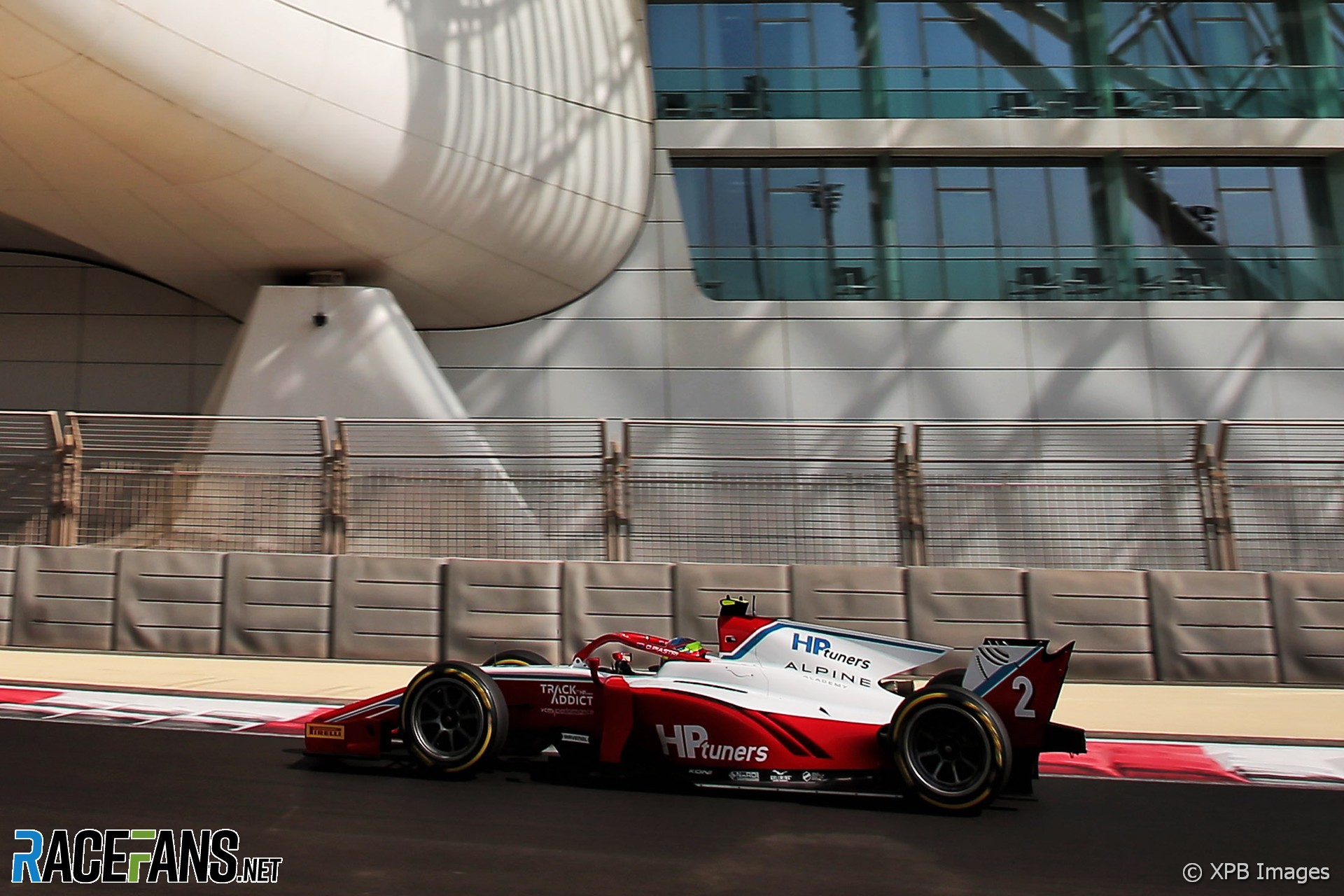 Oscar Piastri knocked Guanyu Zhou out of Formula 2 title contention with his fifth successive pole position in a row in Abu Dhabi.

After topping the single practice session earlier on Friday, Piastri was on top for much of the night-time qualifying session but had to respond late on to flying laps from fellow Alpine junior Zhou and Red Bull junior Jack Doohan.

The pole surprised the Prema team, which took to the radio to ask Piastri how he had managed to top qualifying.

Doohan, in just his second F2 appearance, was denied pole with just under two minutes to go as he posted a 1”35’077. After that, there were too many cars on track for drivers to be able to improve on their fastest laps and so the additional four points were secured for Piastri.

The result makes his Prema team mate Robert Shwartzman’s job harder, as he is now 55.5 points behind with 61 available to score in the weekend’s three races. Shwartzman qualified fourth, meaning he will start seventh and three places ahead of Piastri in Saturday’s first reversed grid race.

Campos’s Ralph Boschung had been Piastri’s closest rival at times throughout the session, and even provisionally put himself on pole halfway through qualifying when a flurry of improvements meant Trident’s Marino Sato and Shwartzman also briefly went to the top, but he ended up qualifying fifth and just ahead of ART’s Theo Pourchaire and Hitech’s Liam Lawson.

Dan Ticktum did not get to make the most of a gripped-up track at the end and he sat at the bottom of a closely matched top nine, behind Virtuosi’s Felipe Drugovich whose sponsors have confirmed he will be departing the team for next season.

Ticktum’s Carlin team mate Jehan Daruvala qualified tenth, but will get to begin Saturday’s action from pole with the reversed grid format.

Jeddah sprint race winner Marcus Armstrong was marginally slower but will start 10 places lower in 11th for that race, while ART’s IndyCar-bound Christian Lundgaard complained about the pace of drivers on their out-laps and he could do no better than 12th.