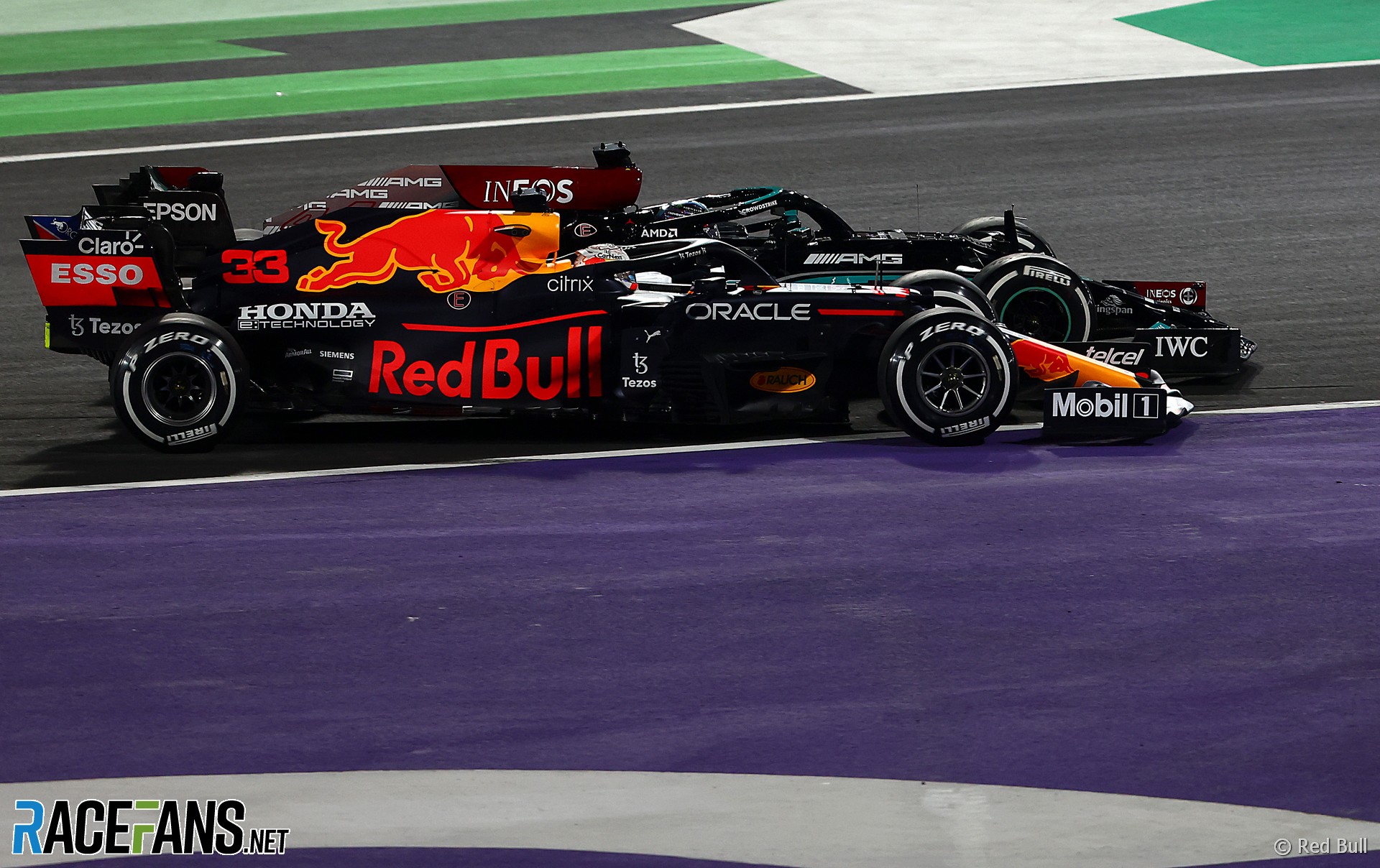 Lewis Hamilton and Max Verstappen enter this weekend’s Abu Dhabi Grand Prix tied on 269.5 points, setting up a ‘winner takes it all’ showdown at Yas Marina for the final round of the 2021 Formula 1 world championship.

In the simplest terms, whichever driver wins the Abu Dhabi Grand Prix, or scores more points than the other, wins the title.

If neither driver scores any points, then Verstappen holds the tie-breaker advantage, having won nine races compared to Hamilton’s eight wins. If this were to happen, Verstappen would win his first championship on countback, and it would be the first time in F1 history the top two drivers ended the year level on points.

There’s also the possibility that both drivers could finish with the same number of points if one driver finishes ninth, and the other finishes tenth and sets the fastest lap of the race. Verstappen would still win the championship in this case.

It’s the first time two drivers have entered the final race tied at the top of the standings since 1974, when Emerson Fittipaldi and Clay Regazzoni both sat at 52 points going into the season-ending United States Grand Prix. Fittipaldi won the championship by finishing fourth, while Regazzoni finished 11th with a wounded car.

The outlook for the constructors’ championship is also relatively straightforward. But unlike the battle between Hamilton and Verstappen, Mercedes has a definitive advantage over Red Bull.

With a 28-point lead in the standings and as many as 44 points available, Mercedes will clinch their eighth consecutive constructors’ title if they score at least 17 points between Hamilton and Valtteri Bottas.

Red Bull must have both Verstappen and Sergio Perez finishing in the top four, at minimum, to have any chance of snatching their first constructors’ title since 2013. While the odds are remote for them, there is one realistic scenario in which they could take the title.

If the RB16Bs are very competitive this weekend, and the team take a one-two finish, Mercedes would need to score points with both cars to have a chance of winning the title. Therefore if one Mercedes drops out early and the Red Bulls streak off into the lead, a constructors’ championship upset will be on the cards.

If both constructors finish the year with the same number of points, Red Bull once again holds the tiebreaker advantage: they have won 10 grands prix this season, Mercedes nine. Since the constructors’ championship was introduced in 1958, first place has never been decided on a tiebreaker at the end of the season.