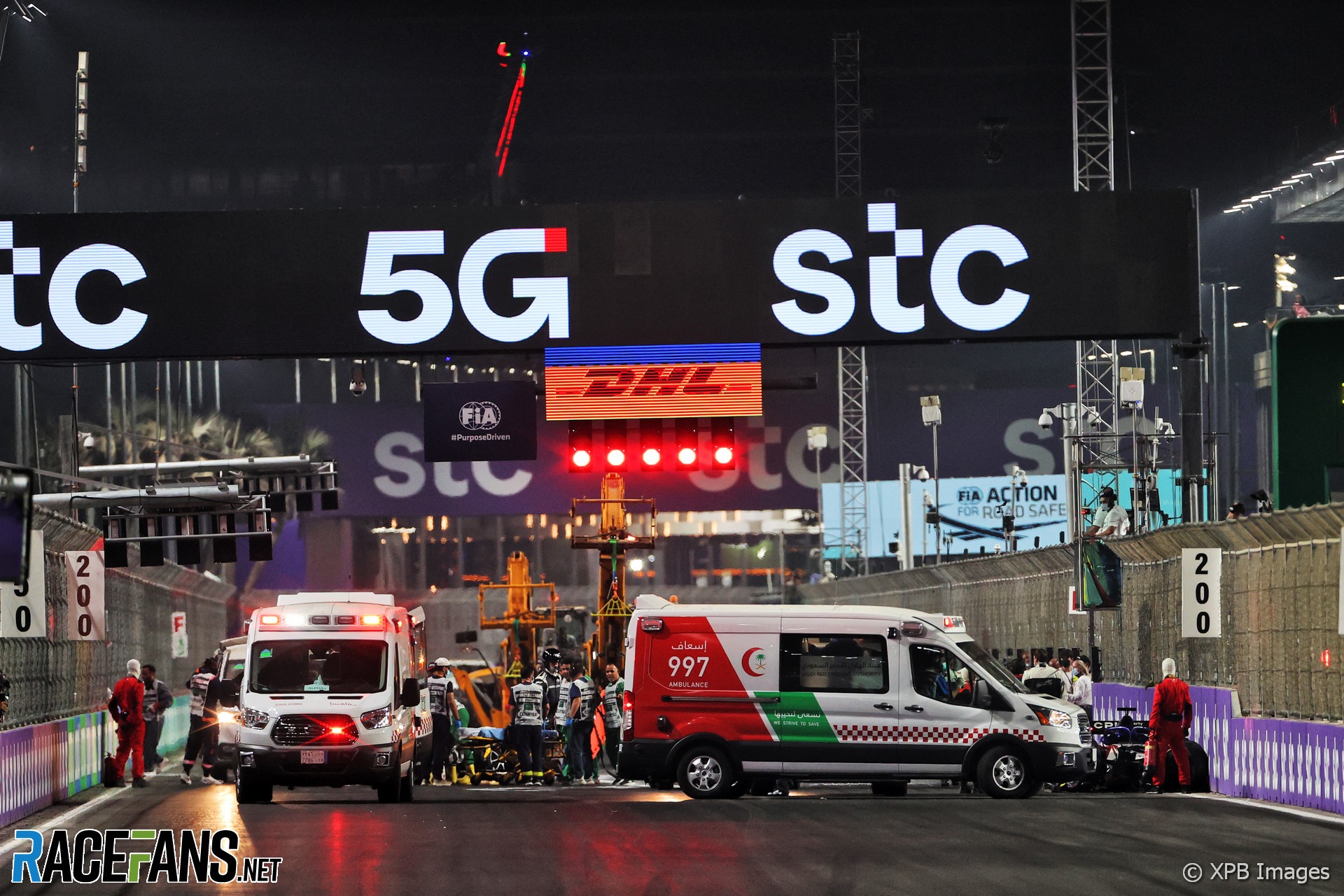 Formula 2 drivers Theo Pourchaire and Enzo Fittipaldi have been taken to hospital after a crash which occured seconds after today’s feature race started.

Pourchaire’s ART car failed to get away at the start from his third place on the grid. Behind him Campos driver Enzo Fittipaldi, who had started 18th and crossed the track towards the racing line, appeared not to see the stationary car.

Fittipaldi struck Pourchaire’s car at speed. Debris from the crash flew high into the air, some of which appeared to clear the fence on the pit wall.

The race was quickly red-flagged and stopped. Pourchaire and Fittipaldi received treatment in their cars during the stoppage that followed. The FIA subsequently confirmed both drivers “were immediately attended to by emergency and medical crews.”

“The drivers were conscious and extricated by the attending medical crews,” added the FIA in a statement. “Both have been transferred by ambulance and helicopter to King Fahad Armed Forces Hospital, Jeddah.”

The original start of the race had already been heavily delayed. It was due to begin at 17:25 local time, but delayed by almost 40 minutes due to barrier repairs at turn 14.

Once the crash scene was cleared a truncated race finally began. However this was cut short by a further crash involving several drivers, none of which were injured.