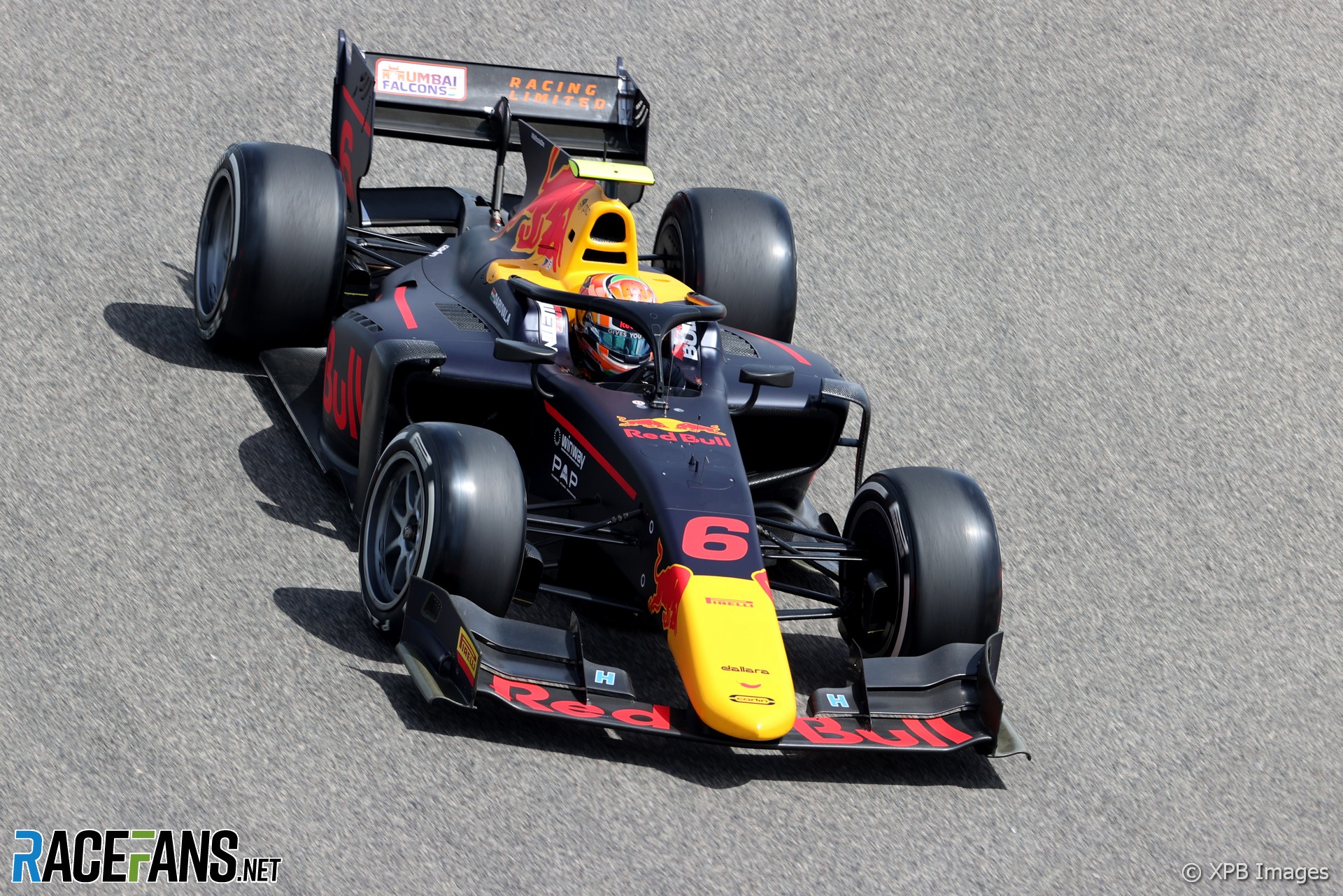 A penalty for Red Bull junior Jehan Daruvala in the first Formula 2 race in Jeddah has put him on pole for the second race later today, and handed another point to championship leader Oscar Piastri.

The pair spent much of the first Saturday sprint race battling at the bottom end of the top 10, but saved their tyres well enough in the heat of the Saudi daytime that they could both go on the attack after a late safety car restart.

With the aid of the slipstream, Daruvala’s Carlin team mate Dan Ticktum was able to get past him into turn one on the restart, but Daruvala then reclaimed the pace by cutting across turn two and returning to track a nose ahead.

At the end of the lap he then passed Alpine juniors Piastri and Christian Lundgaard at the same time going into the final corner, and pulled away so quickly – despite a lock-up going into turn one on the next lap – that he was able to take advantage of a five-second penalty for Robert Shwartzman ahead and take fifth place from him.

Piastri couldn’t gain from his Prema team mate’s penalty, but post-race the stewards have decided that Daruvala gained a lasting advantage from his pass on Ticktum and penalised him five seconds in addition to a penalty point on his license.

That now drops Daruvala from fifth to 10th in the classification, and promotes Piastri to the final points position of eighth. Shwartzman reclaims fifth place and gains two points, meaning he is now Piastri’s closest rival in the fight for the title.

With the top ten from the first sprint race being reversed to set the grid for the second, Daruvala is now on pole for the Saturday night race and has Trident’s Bent Viscaal alongside him on the front row.

Piastri will line up third, ahead of Ticktum, Lundgaard and Shwartzman. Future Alfa Romeo Formula 1 driver Guanyu Zhou, who was Piastri’s closest title rival prior to Daruvala’s penalty, starts from 17th place after a collision with Lundgaard in the first race led to him spinning to last place and then losing more time to having to pit to replace his front wing.