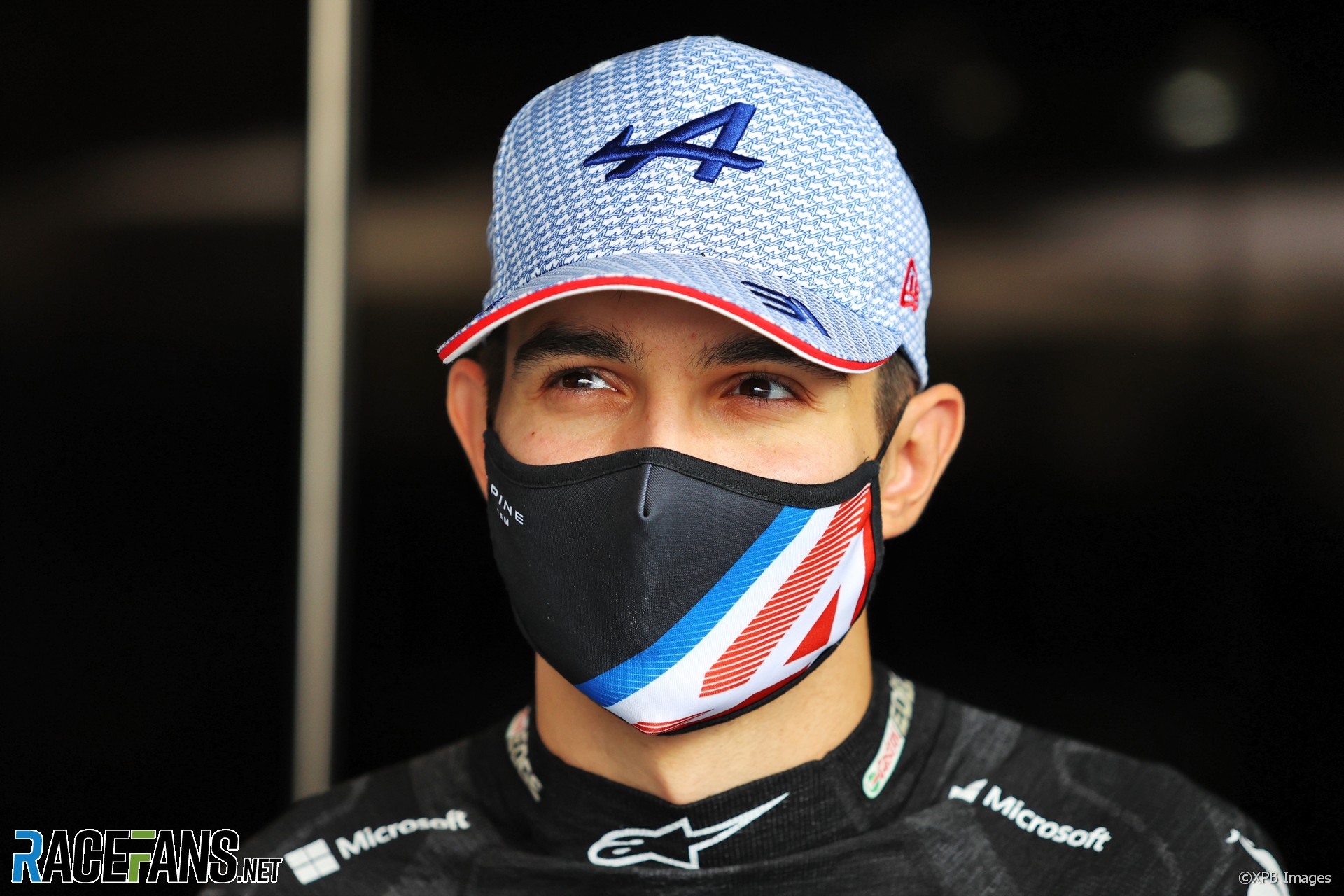 The battle between AlphaTauri and Alpine for fifth place in the constructors championship could be swung by the hot temperatures of the Middle East, where the final three races of the season are taking place.

The two teams went into the final three races level on points. But in the Qatar Grand Prix two weeks ago Alpine surged into a 25-point lead over their rivals.

Fernando Alonso finished third in the night race on the new-to-F1 circuit while team mate Esteban Ocon took fifth. Track temperatures were in the 28-30C range through the grand prix, which Ocon thinks led to Alpine’s race pace advantage over AlphaTauri, who had shown promising performance as Pierre Gasly qualified a remarkable second.

Speaking ahead of this weekend’s Saudi Arabian Grand Prix on the Jeddah Corniche Circuit, another low grip, new-to-F1 track where racing will take place at night, Ocon said “a lot of things” led to his team’s upswing in form and expects more of the same this weekend.

“I think we understood really well the tyres in Doha. Just the temperature and everything, that should be similar here. I think that’s suiting us quite well. Looking at that, we’re quite happy to race in the Middle East until the end of the season.”

After starting on the front row for the first time, Gasly struggled for pace all race and finished outside of the points. He revealed why ahead of Jeddah, suggesting AlphaTauri could continue its form from a fortnight ago.

“It was pretty, pretty shocking and disappointing after probably our best Saturday of the year, but we had signs on Friday,” Gasly admitted. “Already, our long runs were not so good.

“In the race we massively struggled with the tyre wear. We were burning the rubber extremely fast, and after 10 to 12 laps, we basically had no rubber left on our tyres and it was all set. So we have ideas.

“We knew already before the weekend it’s usually something we struggle with, but we didn’t expect to struggle to that extent in the race. It meant we had probably the worst performance of the season.”

Tyre overheating is circuit-dependant as well as track temperature-influenced, but although Jeddah’s layout is different to Losail International Circuit, it is expected to pose similar challenges.

“In terms of tyre wear, we know we are not great,” added Gasly. “And coming to Qatar was a new track but we could see from our numbers, it’s pretty high-energy track, a lot of high-speed, a lot of combined, which we usually don’t like so much.

“On overall and pure pace, we were just too slow and degrading the tyres too much.”