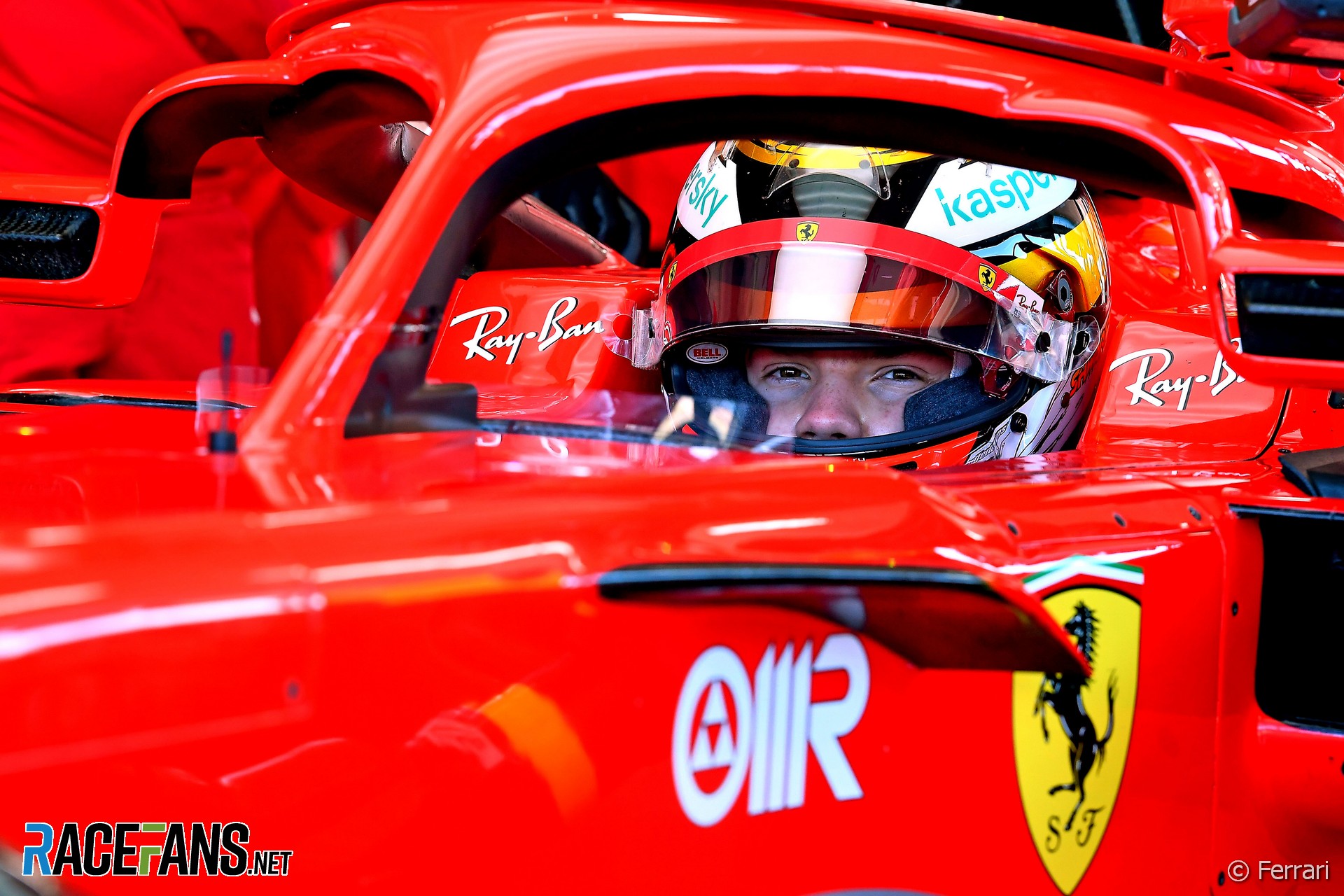 Formula 2 driver Robert Shwartzman will drive for Haas in the post-season test at Yas Marina, the team has confirmed.

Shwartzman is the latest member of the Ferrari Driver Academy to have a test chance with its customer team. He made his F1 test debut with the Scuderia last year.

He was previously a team mate of Haas driver Mick Schumacher in F2 and Formula 3. With two triple-header rounds remaining in this year’s F2 season, Shwartzman lies third in the standings, 43 points behind leader Oscar Piastri. He has scored two wins, both in partial-reverse grid sprint races.

“This will be my first test with Haas F1 team and I’m really looking forward to getting to know a new team, environment and also to learn as much as possible from them,” said Shwartzman. “Having the chance to drive for another F1 team is just incredible and I can’t wait to work with everyone.”

Haas team principal Guenther Steiner said Shwartzman is “obviously highly rated by Ferrari, having been part of their driver program since the end of 2017.”

While the test will give Shwartzman valuable extra mileage in a Formula 1 car, it is unlikely to lead to a race seat next year. Haas has already confirmed Schumacher and Nikita Mazepin will continue to drive for them in 2022, and all other places in the field are taken.

However he is a candidate to join Haas and potentially other Ferrari-powered teams for the new mandatory practice outings for rookie drivers which will be introduced next year.

“His ability is clearly in evidence when you look at his performances over the last few seasons – most notably his rookie campaign in Formula 2 last year – competing against the likes of our own two drivers Mick Schumacher and Nikita Mazepin,” said Steiner. “We are pleased to be able to give Robert an outing in a Formula 1 car and we look forward to working with him in Abu Dhabi.”