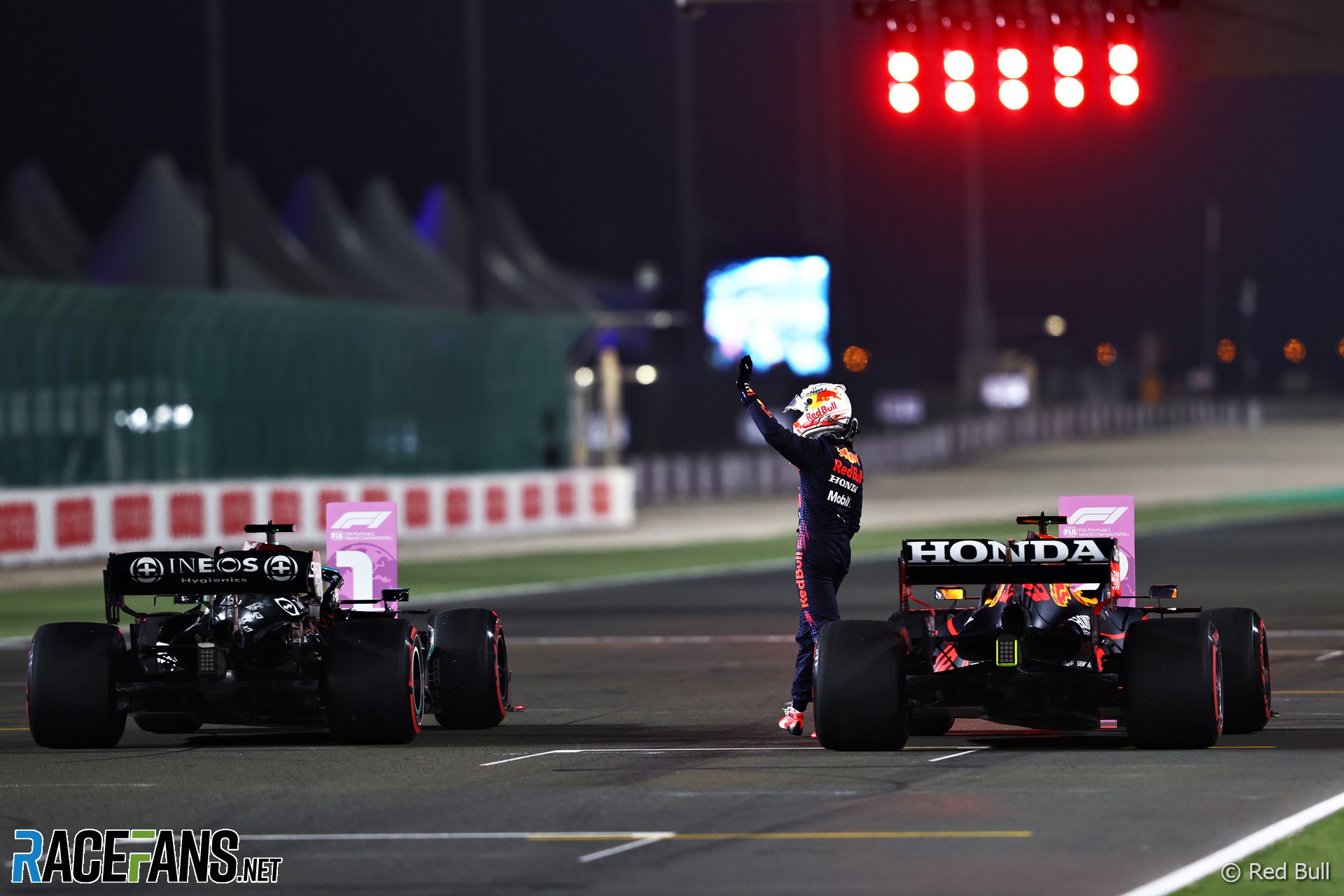 The Red Bull driver, who had been due to line up alongside his championship rival on the front row of the grid, was served a five-place grid penalty for failing to slow down for yellow flags.

Observing yellow warning flags is a fundamental requirement for racing drivers. But the unusual circumstances of this case left Verstappen and Valtteri Bottas, who was also penalised, less opportunity to avoid a sanction. Nonetheless, as some of their rivals demonstrated, they could have spared themselves the setback.

In an unfortunate coincidence for Red Bull, for the second time in three races it was an AlphaTauri which inadvertently compromised their qualifying effort. In Mexico it was Yuki Tsunoda, in Qatar Pierre Gasly triggered a series of events which effectively ended Verstappen’s hopes of challenging for victory.

Fourth-quickest when the final runs began, Gasly was on course to improve his lap time still further when he ran wide at turn 15 and the front wing broke off his car, damaging his front-right tyre. He shot past the pit lane entrance too quickly to dive in, and brought his damaged car onto the pit straight with most of the remaining runners still coming around to complete their laps.

Esteban Ocon, the first driver past, arrived so soon afterwards that no warning flags had yet been shown in reaction to Gasly’s stationary car. Sebastian Vettel, next past, saw a yellow warning light beginning to flash as he exited the final corner and abandoned his lap.

Next was Lando Norris. As the McLaren driver rounded the final corner the yellow warning links blinked briefly then stopped. He pressed on to the line past Gasly’s still-moving car and cut three-tenths of a second off his lap time.

Gasly was discussing with his team whether to stop or press on to the pit lane exit when Fernando Alonso came out of the final corner. He slowed immediately as the team told him yellow flags were being shown for Gasly. However with the AlphaTauri still rolling – albeit very slowly – no warning signals were being displayed.

Barely five seconds later – closing quickly on the slowing Alpine – Valtteri Bottas passed the AlphaTauri. By this time Gasly had stopped and a marshal opposite the pit wall had produced a single waved yellow flag to warn oncoming drivers. The Mercedes driver didn’t slow, and was penalised.

Carlos Sainz Jnr arrived next and did slow down, albeit in reaction to Gasly rather than the yellow flag. He would escape a penalty.

By the time Max Verstappen, the final car to set a time, appeared, two yellow flags were being waved at the marshal post. He received no warning from his team and flashed past the AlphaTauri.

In effect, there were two different yellow flag events. The first began when Gasly damaged his car, and was swiftly cleared as he moved on from the crash scene. This signal ended 34 seconds before Verstappen arrived on the pit straight.

The second was when the marshals began waving yellow flags to warn drivers Gasly’s car had stopped on the pit straight. The confusion arose as the recently-cancelled warning lights were not reactivated at this point, which also meant drivers were able to activate DRS at the exit of the last corner.

Red Bull called attention to this as they tried to avoid Verstappen’s costly penalty, to no avail. As the stewards pointed out, the International Sporting Code gives equal weight to flag and light warnings. This is logical, as physical flags are an essential fall-back if electronic systems fail.

Afterwards Vettel voiced a suspicion the original signal was cancelled to allow drivers yet to complete their laps – specifically, Verstappen – opportunity to do so. However FIA Formula 1 race director Michael Masi said he felt the debris left from Gasly’s incident didn’t warrant disrupting the session with a red flag.

Masi pointed out the decision when to show yellow flags is not taken by him or the clerk of the course, but local officials.

“With all yellow flags that are displayed, they are displayed from trackside,” he explained. “They’re in the hands of the officials’ control as they are at every venue in any form of the sport anyway. If they deem that it’s a single or a double it’s up to those officials to determine that and they judge what they see before them.”

These warnings can be overriden by race control “but obviously not instantaneously”, said Masi, “there’s actions and time in it.”

Afterwards Red Bull team principal Christian Horner directed his fury at the marshal who had shown the yellow flags. He later retracted his comments following an official warning from the FIA.

Masi made it clear he would not tolerate criticism of volunteer marshals and defended how they reacted to Gasly stopping on the pit straight.

“I think what the locals did, they reacted to the situation before them, and that’s plain and simple,” he said. “You have a look at what was there and what was happening, with everything with Pierre’s car, they acted upon instinct of what was before them.”

Verstappen’s five-place penalty was the third time in four years he has been penalised for failing to observe yellow flags. Although it wasn’t confirmed until shortly before the race, he realised soon after qualifying it was inevitable. “I knew I was going to get a penalty already yesterday evening,” he said on Sunday. “So I was prepared for that, so when I saw the result I was not shocked or surprised.”

While he minimised the damage on race day with second place and fastest lap, the penalty had taken away his front row start, and with it his last, best hope of beating Lewis Hamilton to victory in the Qatar Grand Prix.