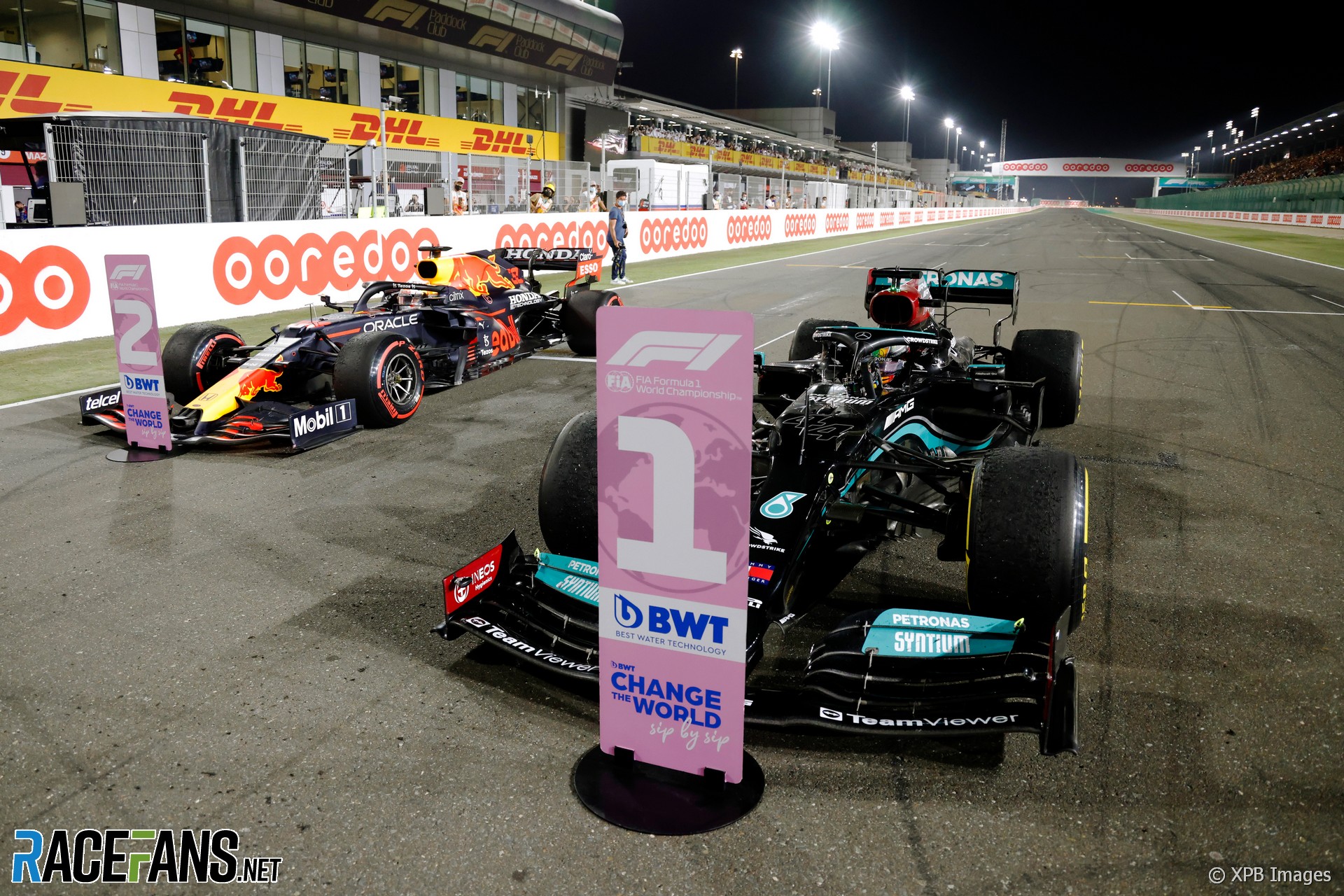 Lewis Hamilton was further ahead of Max Verstappen than Mercedes expected in Qatar despite not running the fresher and more powerful of his two available engines.

The team’s trackside engineering director Andrew Shovlin said they expected the Losail International Circuit, which F1 raced at for the first time last weekend, would be their weakest of the three final venues on this year’s calendar.

“We thought we’d be good here but this was the track that, of the three that remained as we came in here, [was] the one that we were perhaps most concerned about,” Shovlin admitted.

Valtteri Bottas led Friday practice times but Hamilton was over four-tenths of a second behind his team mate. Shovlin said Bottas hit the ground running more quickly than his team mate at the unfamiliar track.

“One of the big jobs that we had to do on Fridays work out whether our simulations have all kind of fallen in line with reality, get everything positioned in the right window. But a lot of the pre-event work we did was good.

“Valtteri actually started in a better place than Lewis. But then you saw from the first run of Saturday, Lewis was right there and kept that going right through the weekend.”

Hamilton officially took pole position by 0.597 seconds due to Verstappen’s quickest time being deleted. The true performance gap was still a healthy 0.455s, while Bottas was 0.651s off his team mate.

“From Saturday morning it looked like Lewis had it all under control,” said Shovlin. “But it’s very difficult to predict whether the margin is going to be one tenth, two tenths, which is still a pretty handsome margin.

“We never thought it would be the amount it was. But it all came in that final run and for him turn one was good and he said from there, it just kind of flowed.

“But he’s really in the zone at the moment. We can do all our simulations but nothing explains why he was that far ahead of Max. Fundamentally it’s just down to him really sort of digging deep and doing what needs to be done.”

Mercedes fitted a new power unit to Hamilton’s car at the Sao Paulo Grand Prix weekend but reverted to earlier hardware in Qatar. They intend to use the fresher, more powerful engine in the final two rounds on tracks with longer flat-out sections.

“There’s two that we are racing, and here we had the less powerful of the two in the car due to the nature of the circuit,” Shovlin confirmed. “So that side of it’s in a good place at the moment.”