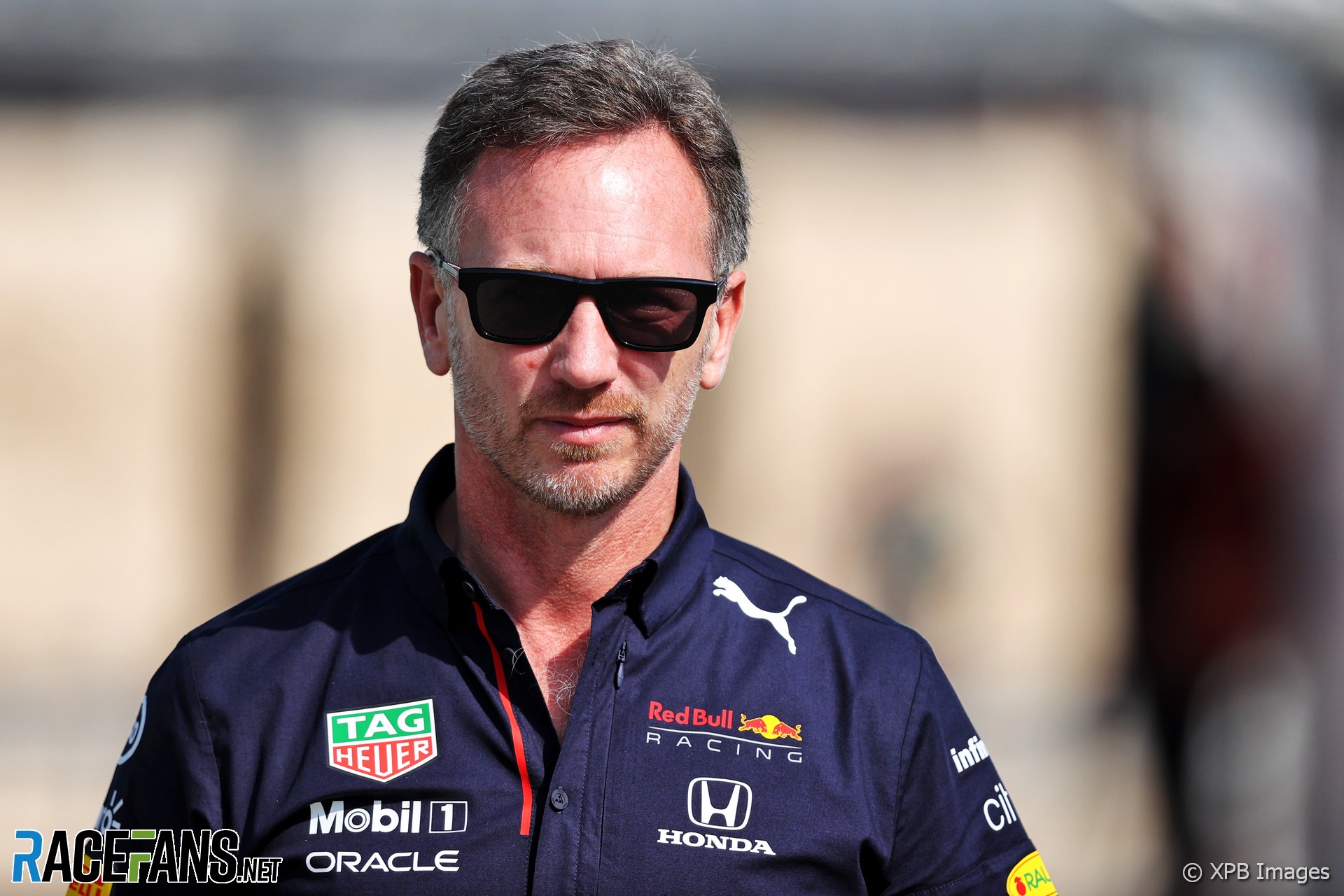 Masi reported Horner to the stewards after learning of the comments he made on television in response to Verstappen’s five-place grid penalty.

“I was advised of them and referred Christian,” said Masi, who said Horner had been quick to retract his words when he met the stewards after the race.

“The person in question who was actually waving the flag has been apologised to personally and Christian, to his credit, has volunteered to come and be a part of the stewards’ seminar in 2022.”

Verstappen was penalised for failing to slow in response to a pair of yellow flags which were being waved on the pit straight where Pierre Gasly’s AlphaTauri came to a stop at the end of Q3. Masi pointed out the flags were being waved for reasons of safety and the marshal was “acting upon doing the best in their view in the best interests of keeping everyone safe on track.”

“And I don’t think anyone should be criticised for acting upon their instincts,” he added.

F1 and many other professional motorsport series rely on unpaid marshals to ensure races are held safely, Masi pointed out.

“I think you should not attack any person, particularly when we have thousands of volunteer marshals around the world that give up a huge amount of time globally.

“Without them, this sport that everyone has very close to their heart, all of them give up a huge amount of time, and without them it won’t happen. That’s the part that a lot of people miss and I will defend every volunteer official and every official around every racetrack around the world that that is not accepted.”

Horner said on Sunday evening his comments were made out of frustration over Verstappen’s penalty. “Following the penalty made this morning I made a comment on one of the broadcast channels. that I felt a ‘rogue steward’ waved the yellow flag.

“The stewards took offence to that so I just reassured them that no offence was made or intended with the individual. It was more frustration at having three or four cars pass the same car with going from no yellow flags to a double waved yellow flag. So it was an explanation of that. I think the apology was accepted.

“I’d just like to make it clear it wasn’t pointed at marshals. I think marshals do a wonderful job around the world, they’re volunteers, without marshals there would be no motorsport. So it’s just the circumstances that were frustrating. And I think there’s something that can be learned from that.”