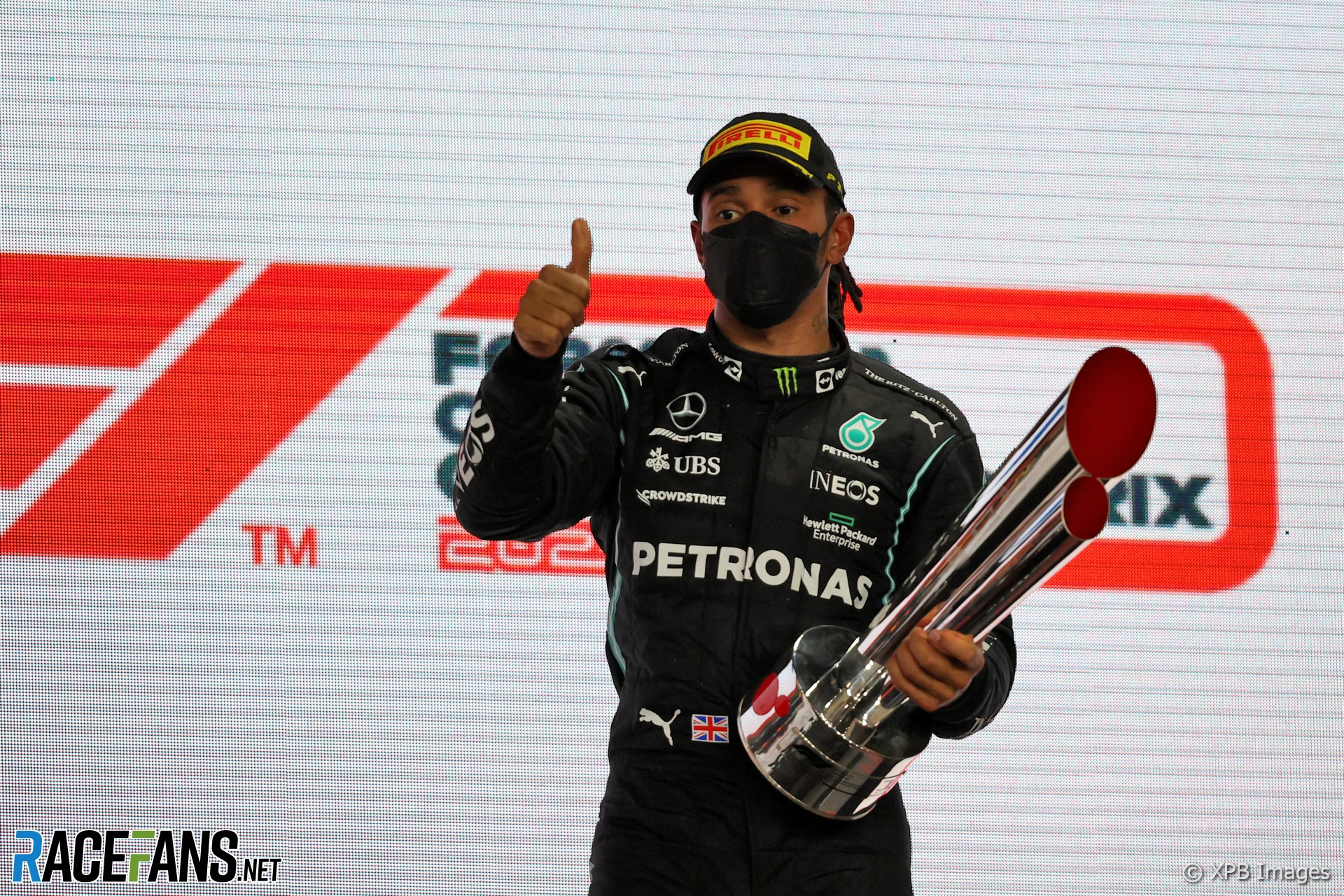 Lewis Hamilton has been spurred on by the challenges he faced in the previous round at Interlagos to deliver his best as the championship fight enters the final stages, says Mercedes team principal Toto Wolff.

Mercedes had doubts about their performance at the track before the weekend began. But Wolff believes Hamilton has been motivated by the setback he suffered in Brazil, where he had to start the sprint qualifying race from the back of the grid after his rear wing failed a technical inspection.

“They have woken up the lion on the Saturday in Interlagos,” he said. “He’s absolutely on it. Brutal and cold blooded. And this is the best in Lewis and we’ve seen it in the past and he’s right there.”

“I think when adversity happens then it just takes him to a place that where he’s able to mobilise superhero powers,” Wolff added. “And it was the adversity that triggered that in Interlagos.”

Hamilton admitted his victory chances improved after Verstappen’s penalty for failing to slow for yellow flags in qualifying, which dropped his rival from the front row to seventh on the grid.

“The race was made a lot easier with the penalties that the guys obviously got for the mistake they made yesterday,” he said. “That made it a lot more straightforward.”

He had a gap of around eight seconds over Verstappen for much of the race, which ballooned to 25 at the end when his rival pitted for a fresh set of tyres to claim the bonus point for fastest lap.

“I was just managing the gap at the front and just keeping the car safe and trying to maximise and bring the car home,” said Hamilton.