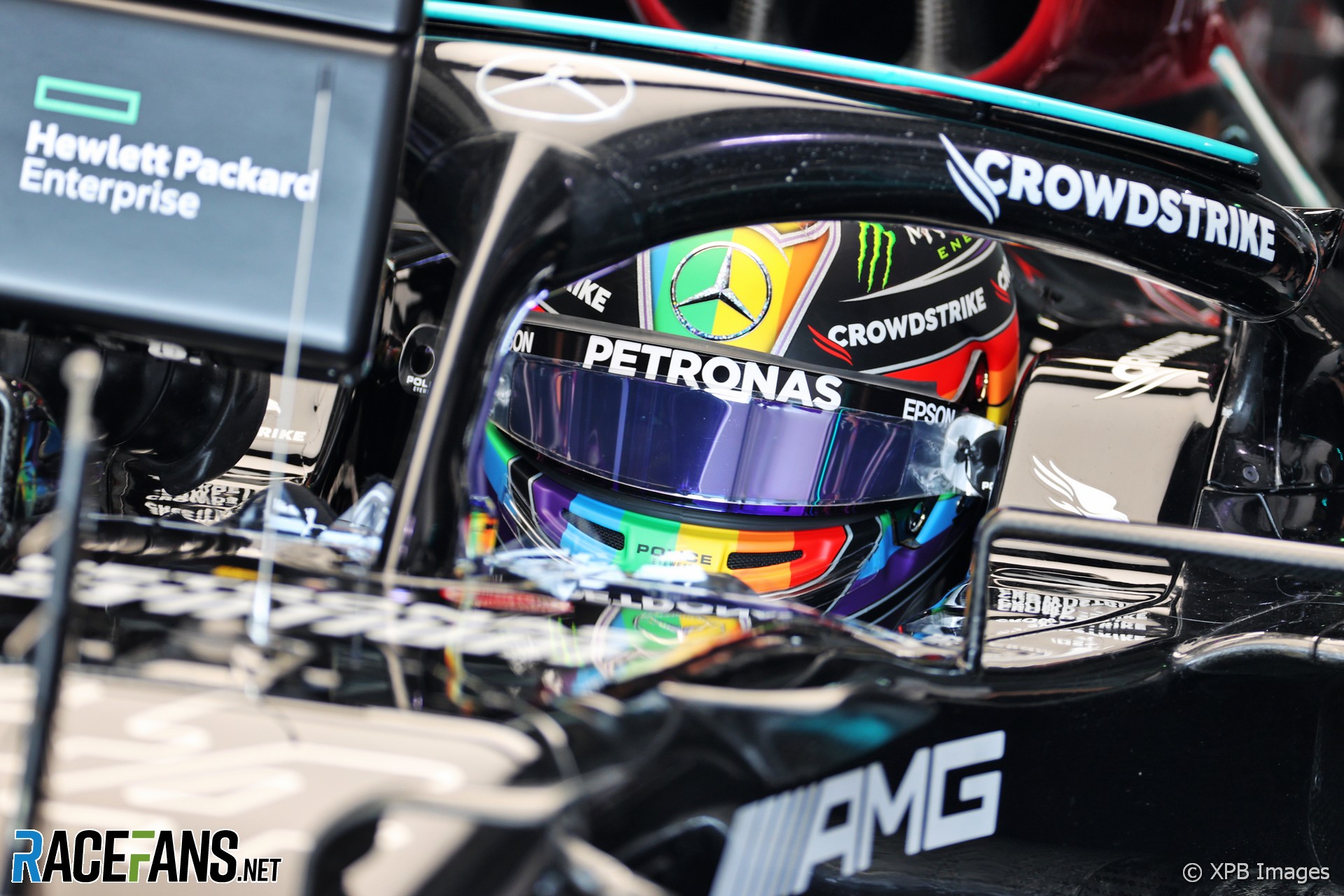 Lewis Hamilton has taken pole position for the Bahrain Grand Prix. Pierre Gasly will start alongside him.