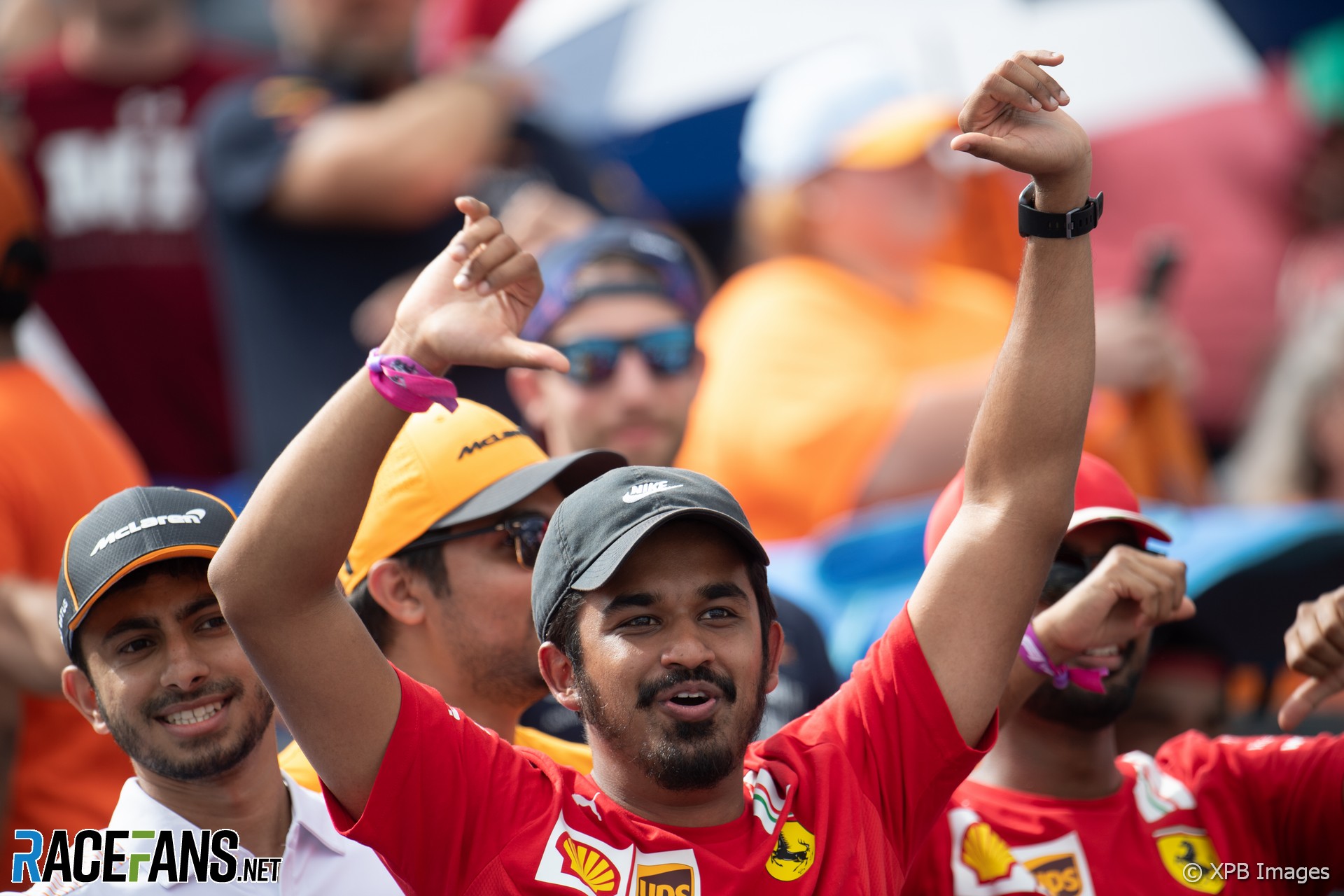 Binotto not concerned Ferrari’s popularity may be dwindling

A survey of over 167,000 fans produced in conjunction with F1 found Ferrari has fallen from its usual position as the most liked team by far to third place. Ferrari ranked third with 18% of fans’ support behind McLaren (29%) and Red Bull (19%).

Asked by RaceFans at the United States Grand Prix whether he was concerned by the development, Binotto said he is confident the teams remains as popular as ever.

“First, we are focussed on performance, that should be the priority,” said Binotto. “But I think popularity as well is important.

“I heard about the results of the survey. I have to say, if I do my own survey today and I look at the grandstands here in Austin there is still a lot of red colours and I’m pretty sure that our popularity around the world is still very high.”

“I am deeply saddened to hear that our friend Antonia has been taken from us far too young,” said Domenicali. “She was an incredibly gifted and talented person who loved what she did and gave everything 100%. My thoughts are with her family and friends at this very sad time.”

Driving kids to school, gym session and then getting a new skin on that left hand 💯
Busy day ahead 👍#thephoenix pic.twitter.com/TvkZvZKXNr

"The Aston Martin Formula 1 team has shelved a proposed five-year sterling retail bond to help fund its new factory because more attractive sources of financing are available, it said on Monday."

"If the simulations are confirmed when we run the tyres, I am expecting to run at a lower pressure with the 18-inch tyres."

"Red Bull have gone well there in the past and it hasn't been our strongest circuit. But this year has shown that anything is possible and circuits where you were previously weak, you are suddenly strong, and vice versa."

"The job at ECR likely is to share the No. 20 Chevrolet with owner/driver Ed Carpenter, who competes on the oval tracks, plus a ride in the '500.' Hunter-Reay is open to that arrangement, but there are other opportunities he is considering, as well."

"I am keen to see what effect the altitude in Mexico City will have on me, as I have never driven before in these conditions. With a helmet on, I can imagine it could be quite difficult and demanding on the neck and arms, but apparently the main effect is on your heart rate. I don’t normally have any issue with heart rate, but in my training recently, to prepare for Mexico, I have focussed more on endurance with this in mind."

Ross Brawn’s reaction to the criticism of sprint qualifying races disappointed many readers:

I expected that F1’s senior figures would play with words to promote sprint races, but this is far more disappointing to hear.

Fresh new fans are the lifeblood of any sport, but if you lure them with just cheap gimmicks they’ll leave when a competitor dangles a better carrot. F1 cannot sustain short-term gimmicks forever, it’s inherently a complicated, intricate sport that deserves to be treated with more respect than this. If the new casual fans aren’t already aware of this, they will be with time.

Brawn and co. would of course chase the money, that’s to be expected, but to insult the fans like this is ludicrous.
@Ciaran