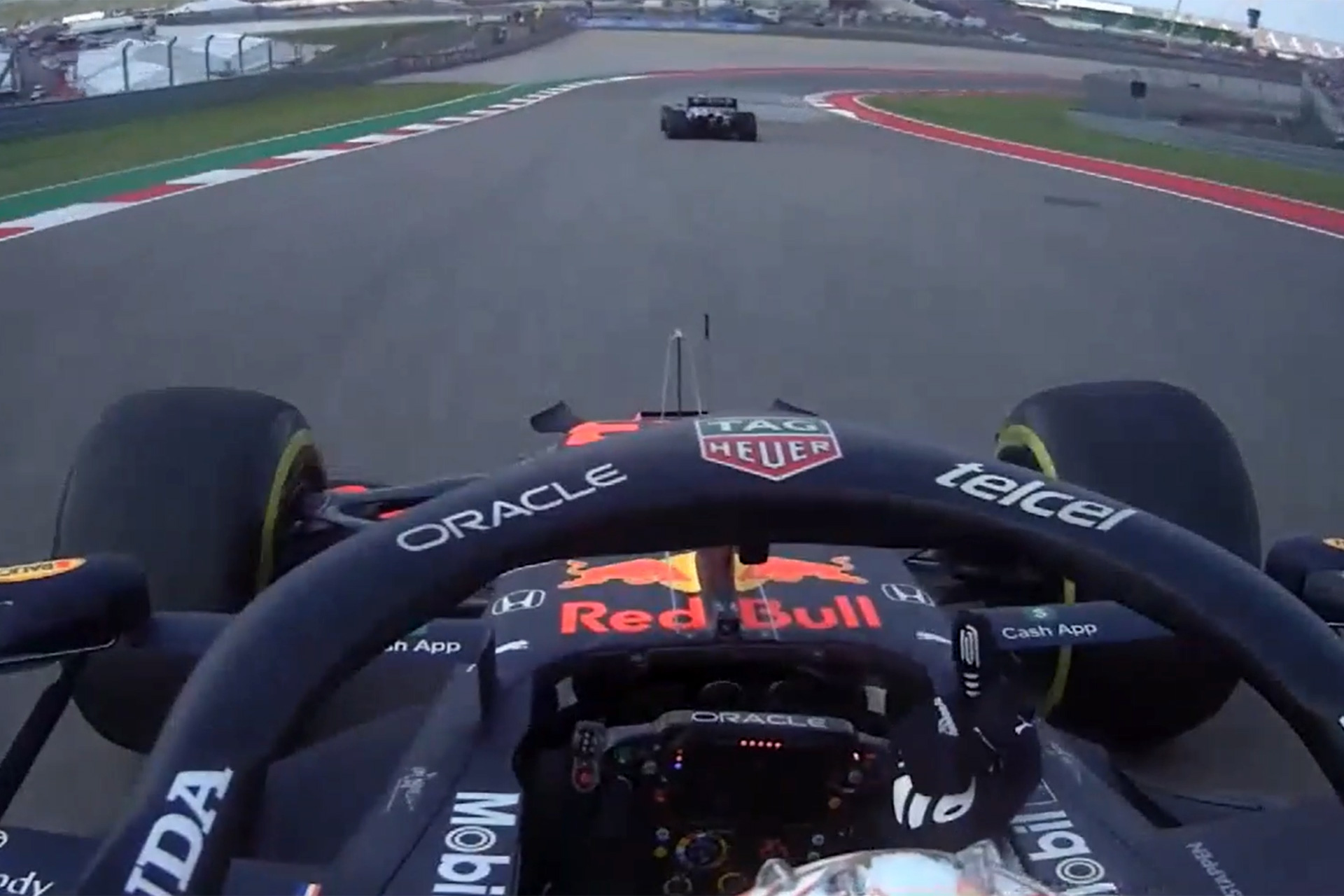 The rivalry between Formula 1’s two championship rivals spilled over into a practice session at the Circuit of the Americas, where Max Verstappen branded his opponent a “stupid idiot” on his radio after the pair came close to colliding.

Verstappen and Lewis Hamilton ran side-by-side along the pit straight, drifting close to each other. The Red Bull driver had to abandon his attempt to set a timed lap as a result.

The incident began on the lap before as the pair circulated at a slow pace to prepare for their timed runs. Verstappen closed up to his championship rival and passed him on the inside of turn 15.

Hamilton followed his rival around the next corners and passed him as they approached the final turn. Verstappen remained on his outside, however, and stayed there as they drove along the pit straight, their wheels drifting close together at one point.

They arrived at the first corner still side-by-side. Verstappen, unable to take the racing line through the corner, backed out of his lap and raised his middle finger at Hamilton as they approached turn two.

“Stupid idiot,” he remarked on his radio. “Ignore it, don’t worry about it,” replied his race engineer Gianpiero Lambiase.

Hamilton continued on his lap until he caught Charles Leclerc at turn seven and had to back off. The Mercedes driver made no comment about the incident with Verstappen on his radio.