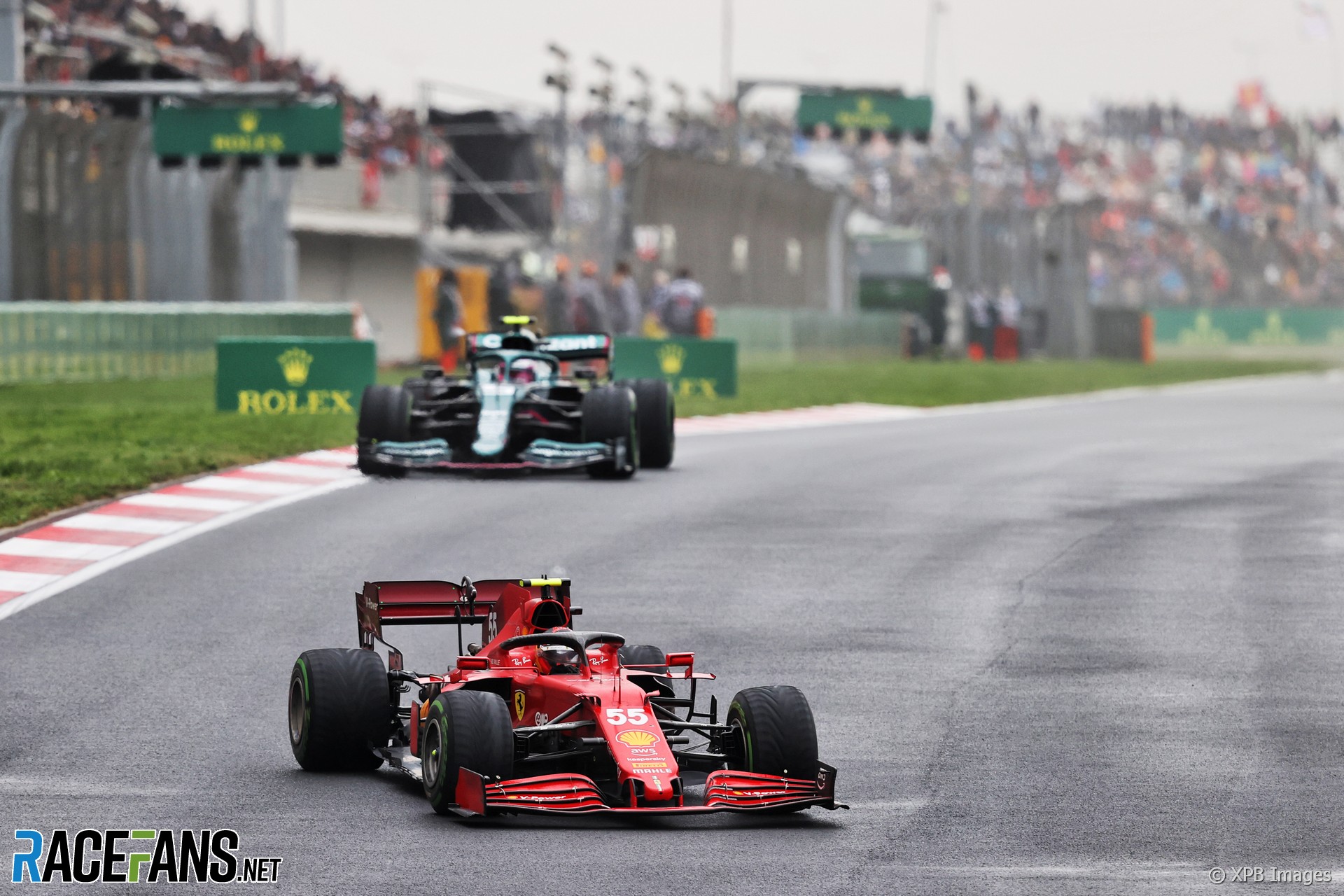 Carlos Sainz Jnr believes he could have finished in the top five in last weekend’s Turkish Grand Prix had he not lost time with a slow pit stop.

The Ferrari driver, who started from the back row of the grid, lost almost five seconds in the pits compared to team mate Charles Leclerc.

Sainz said his charge through the field to eighth place was “probably one of my most enjoyable races as a racing driver.

“When you have the pace I had today and a track that allows you to overtake, especially when it’s wet, it was a pleasure and I could push really hard.

“Obviously it’s a shame about that pit stop that made us lose the possibility to finish in the top five. But it’s what it is. So congrats to a team because the car was really nice to drive.”

He sustained a nine-race streak of finishing inside the points. “[This] was probably the one that was going to be more difficult to get them,” Sainz admitted.

“But right from the start we had very good strong pace in the wet. And then as the track was drying out, we were following very well the conditions.

“I did a lot of overtakes, every single overtake on track. I didn’t get lucky at any points. I had to send it a couple of times.”

Sainz said he apologised to Sebastian Vettel for a close moment between the pair while he was overtaking the Aston Martin driver.

“I already said sorry to him because I was a bit over-optimistic,” the Ferrari driver explained. “But you know, these Mercedes engines are so difficult to pass so you either go for it under braking or you don’t pass them. And I wanted to keep the recovery going and didn’t want to get stuck behind and it worked.

“So I’m very happy. A shame about the pit stop that obviously cost us a potential top five, but it is what it is. We need to keep improving.”