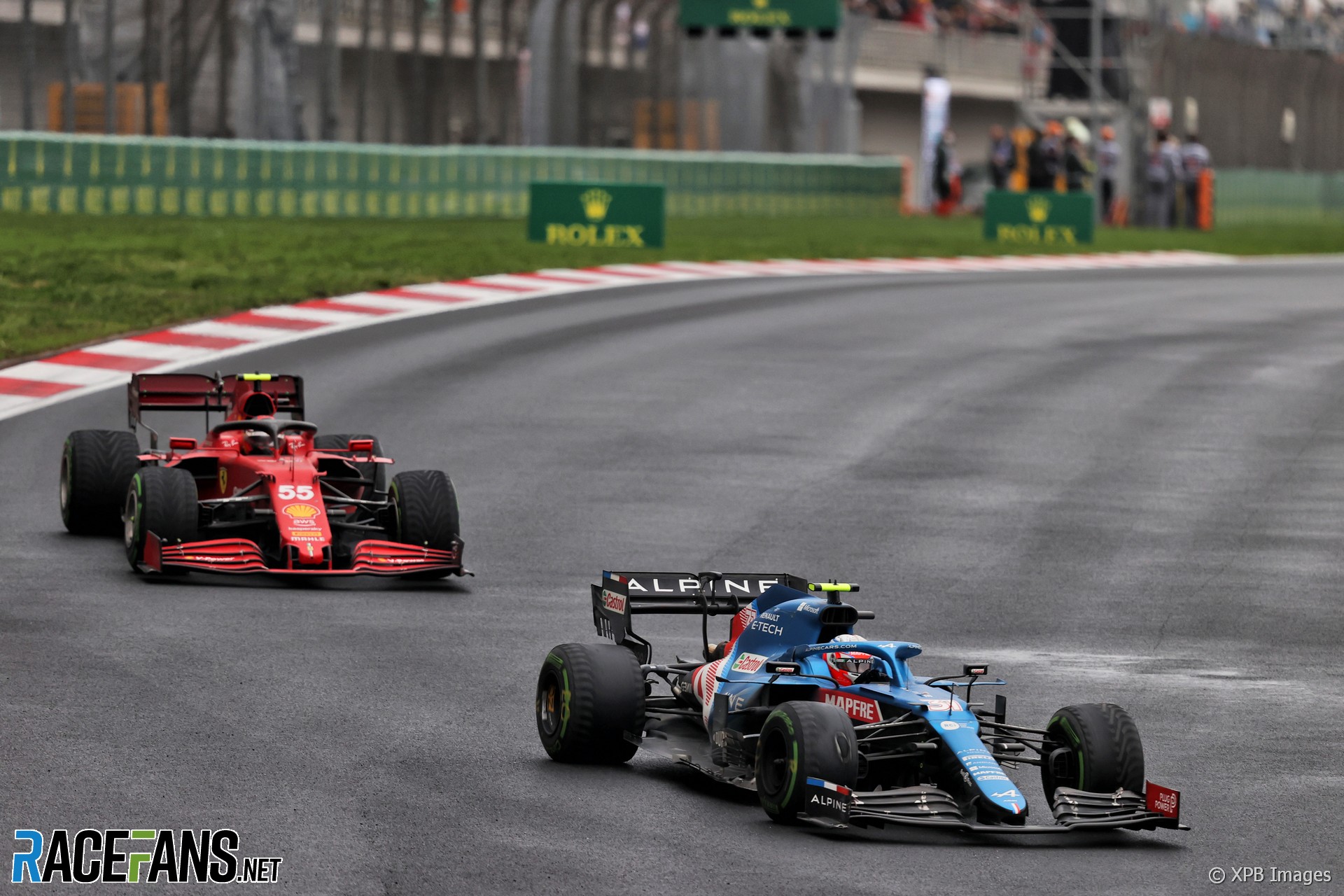 Esteban Ocon said he couldn’t have gone one lap longer on his tyres after finishing the Turkish Grand Prix without making a pit stop.

The Alpine driver held out for 57 laps on the intermediate tyres he started the race one, clinching a single point for Alpine. However, he said the team had questioned the strategy with him, over the race.

“When I was fighting with Seb [Vettel] we were debating a bit, should we stop should we keep going?” said Ocon. “At the time I had a really good pace, the tyres were in good shape and I thought let’s just keep going, we’ll try a risk-and-reward and in the end it paid off. We got a small reward, which is a point.”

However in the final laps he and his team were growing increasingly concerned by the visible damage on his tyres. “At the end we were wondering is the front tyre going to last? Because they were quite damaged and we can see the rope [cord] from the outside of it.

“I think one more lap, I would have to [got] a puncture and two more corners I would have got overtaken by Giovinazzi. It was a risky move, but worthwhile taking.”

On the final lap, Ocon clung on desperately to avoid being overtaken. “I was trying to avoid kerbs, not damaging more the front right tyre and I was, especially, seven seconds slower than Giovinazzi. So it was a huge amount and I was trying to keep it on track.”

Ocon said his strategy in last year’s Turkish Grand Prix gave him the confidence to attempt his non-stop run. “The whole race I thought that’s what we should do because we had good knowledge from last year.

“Obviously, it’s a very different track [surface] and it dried more than last year towards the end, but the conditions were pretty similar in a way. And last year, I made it work the whole race with one set because I had the lap one incident, so I did probably 57 laps or something.

“So this year I thought: let’s do similar things and see if it works.”

However Ocon’s recollection of last year’s race was slightly off. He was forced to pit on the opening lap of that race, when he switched to another set of full-wet tyres for nine laps, before completing the final 47 on a set of intermediates.

9 comments on “Ocon could see tyre damage: “One more lap and I would have got a puncture””