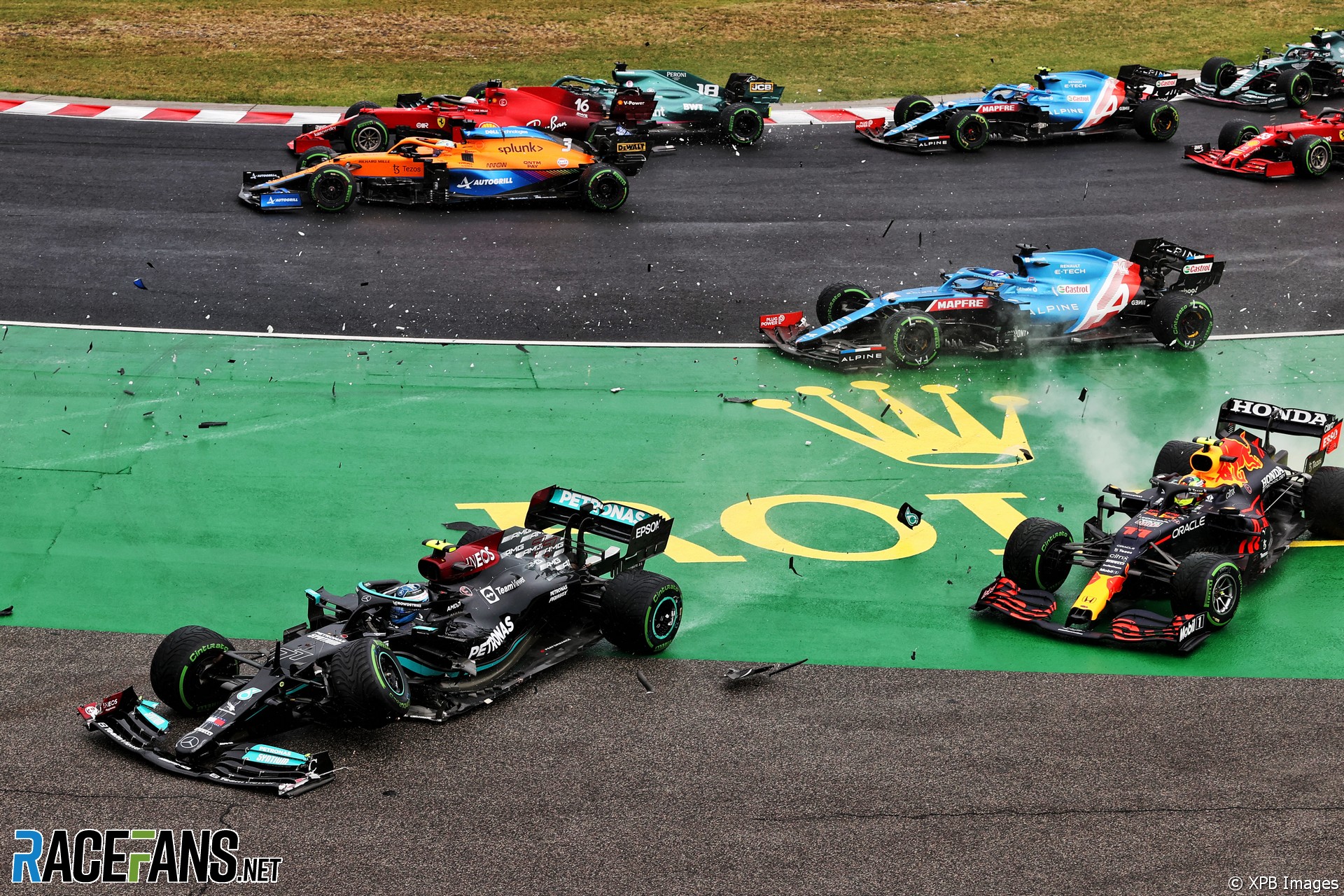 Valtteri Bottas took full responsibility for the turn one incident he caused at the start of the Hungarian Grand Prix.

The Mercedes driver ran into Lando Norris on a wet track at the start, pushing Norris’ car into Max Verstappen, while Bottas ran into the other Red Bull of Sergio Perez. While Verstappen continued, the other three all retired.

“It was obviously my mistake,” Bottas admitted. “I was the one coming from from behind and it’s up to me to brake early enough, but I misjudged the braking point.

“It shows it’s not so easy in those conditions to predict. But I should have braked earlier because when I started braking, I was closing in and then I locked the wheels and I hit Lando and that caused the whole mess. So misjudgement and my mistake.”

Bottas started from second on the grid but got away poorly, falling behind the three drivers he then collided with. He believes his slow start was due to his intermediate tyres cooling on the way to the grid.

“I hit the clutch target for the inters as I should, but had wheelspin,” Bottas explained. “I think I lost some temperature on the formation lap. I need to review but obviously that caused that mess, having that bad start.”

The stewards found Bottas was fully responsible for the incident and issued him a five-place grid penalty for the next race and two penalty points against his superlicence, bringing him to a total of four. “I’ll take it,” said Bottas.

“It’s obviously it’s not ideal, but at least in the next race it is possible to overtake so it’s not like the weekend is over. It’s going to make it more difficult. But if that’s the decision, that’s what it is.”

He confirmed that he had apologised to his fellow drivers who were forced to retire as a result of the incident.

“It was clear that I started the turn one mess at the front and I said it was my bad, so they know that I’m not trying to blame anyone else. That’s what I do, I accept the mistake.”