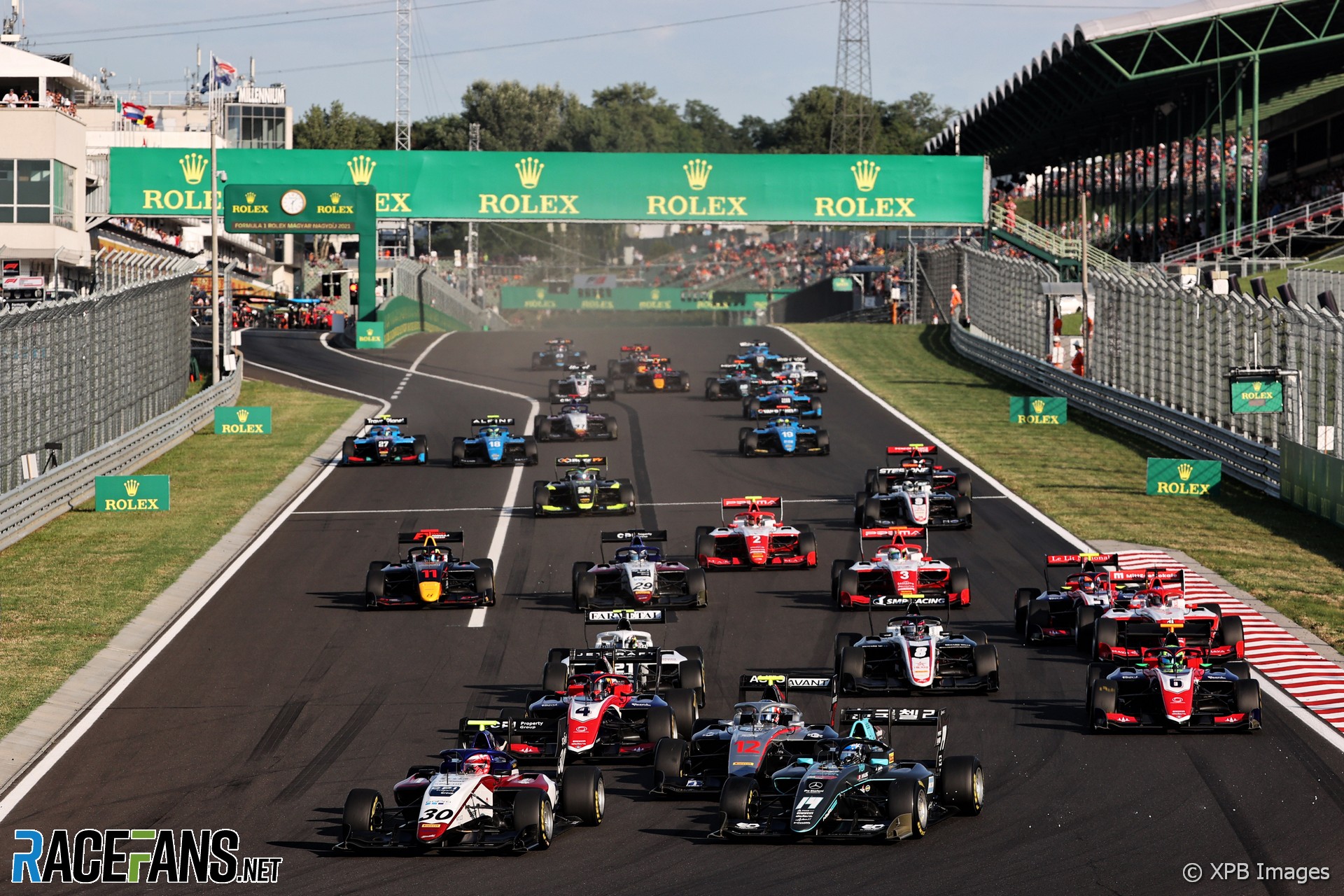 Fittipaldi was able to keep the lead off the line but an incredibly rapid start from third by Nannini saw him take Roman Staněk’s place into the first corner.

Behind them various sorts of mayhem started to unfold. Victor Martins stalled on the grid, then Olli Caldwell and Oliver Rasmussen collided at turn two, sending both cars into the pits for repairs. Although both returned to the track, they were by that point at the back of the pack with few prospects for the remaining 20 laps.

The two drivers with famous surnames – Nannini is the nephew of Alessandro, Fittipaldi the grandson of Emerson – changed positions four laps in. Nannini sent a pass up the inside of his rival at turn two and neatly took the lead.

Jack Doohan’s engineer told him Fittipaldi, now second, was “struggling” by lap six Doohan was in trouble himself and began to slip back the order. Tyre wear played a significant role for the remainder of the race on a cooling but still extremely warm track, which punished the medium compound tyres drivers had started with.

Nannini was given a track limits warning at turn 11 on lap six and again on lap 11, for the same place, with his engineer reinforcing that it was a second warning. Fittipaldi was told on lap 12 to put pressure on Nannini and force him into more mistakes.

On lap 14, Dennis Hauger started what would turn into a fairly lengthy battle with David Schumacher. The two were able to pass Doohan together and looked set to fight with Alexander Smolyar ahead but got somewhat distracted by each other. Schumacher ultimately ended up ahead for fifth but Hauger stayed close behind, waiting for another opportunity.

By the final laps, Doohan was in dire straits with his tyres. By lap 20 the fourth-placed starter had slipped back to 13th as he struggled to the chequered flag on dogeared Pirelli rubber.

Schumacher was in similar circumstances when Hauger came for another attempt at swapping places. The Trident driver attempted to defend but Hauger finally claimed fifth place on lap 21.

Nannini took the chequered flag with Fittipaldi holding on to second and Staněk keeping third despite continued pressure from Smolyar. Fittipaldi and Staněk also made their first podium appearances in Formula 3.

Hauger extends his dominant lead in the championship, with second-place Caldwell not scoring from this race. Formula 3’s Friday qualifying grid will be used to decide the order for tomorrow’s third race of the weekend, with Arthur Leclerc on pole.