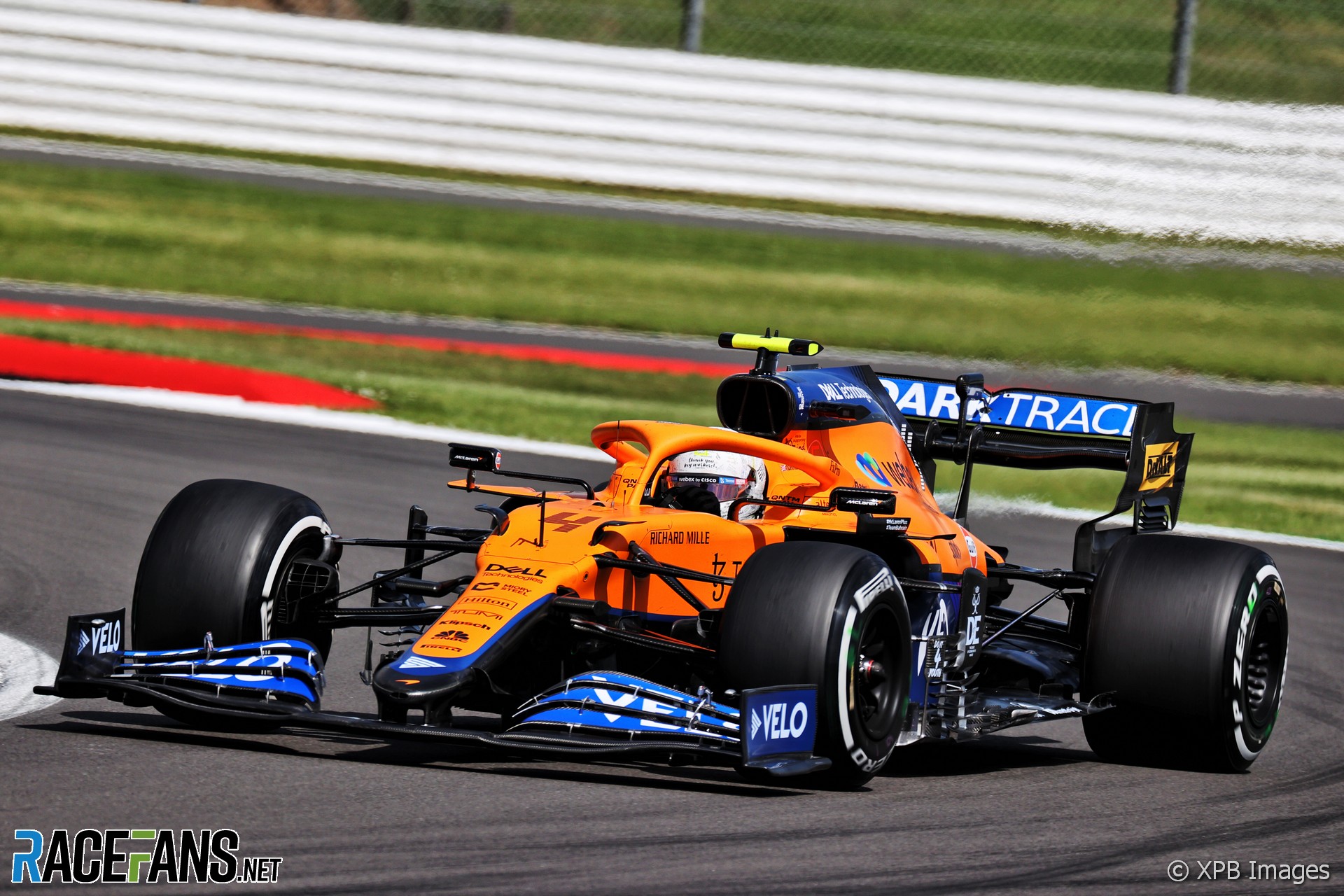 Lando Norris and Daniel Ricciardo will line up on the third and fourth rows of the grid for today’s race which will set the starting grid for tomorrow’s British Grand Prix. Points will only be paid to the top three finishers.

Brown believes his drivers therefore have an incentive to play it safe in the 17-lap race. “I think the risk versus reward is probably not worth it from a driver point of view,” he said.

“If we’re sixth and seventh on the grid, how much risk are you going to put into a pass to be fifth and sixth with the consequences of getting it wrong are being 19th and 20th on the grid? I think it means the cars in the second half of the field probably have more reason to go for it.”

However Brown is pleased Formula 1 is experimenting with a new format and looking for ways to make Friday’s action more meaningful.

“I think what’s worked well is it’s got people talking about the weekend and the format,” he said. “So ultimately that drives interest, whether those people are ‘pro’ what they’re seeing or not, it’s created a conversation.

“It gave people a reason to maybe tune in on Friday that maybe they would not have had. I think everyone’s going to watch the sprint race today so whether it’s an exciting one or not, or somewhere in between, I think it’ll have good viewership.

“We need to try things. I think we’ll all be a lot more educated on what we think, not only after we see this one, but we see two others.”

Yesterday’s schedule was also revised, as qualifying was brought forward by a day. Brown said F1 should be open to continue considering other alternative formats in the future.

“I do like the intensity it brought to Friday. I used to like when there was qualifying on Friday and Saturday and then it was maybe an aggregate time. So I like the idea of making Friday more important, yesterday was more important than the normal Friday, so I think that’s good.”

He urged fans to keep an open mind ahead of today’s first sprint qualifying event. “We don’t know what’s going to happen. Maybe we’ll see this race today and go ‘that was unbelievable’.

“Lewis [Hamilton] and Max [Verstappen] want the best starting position again for tomorrow and every point in their fight matters. I’m always one for finding a balance between Formula 1 in the business of promoting, they want to have people tune in. But also if you over-sell something and it doesn’t deliver, that’s not great.

“But I think there’s too much speculation going on with what we’re about to see and we’re better off to see it and then we can, with a more educated view, start to form opinions that it’s a great idea or not a great idea or it needs modifying or should we look at other things which have been discussed.”

Formula 1’s decision to officially designate the winner of the sprint qualifying race as the pole position holder, rather than the driver who triumphed in qualifying, has drawn criticism. Brown said such changes are an inevitable part of sport.

“Whether pole should be who wins today or who set the fastest time yesterday, I think that’s a personal opinion,” he said. “But all other sports have changed themselves over time.

“Baseball, which I’m a big fan of, has gone from 154 games to 162 games and then when you have who has the most home runs in the season, there’s always a debate on was it out of 162 game season or 154 game season?

“I think that’s sport and you’re never going to get a unanimous view of what the right answer is there. But so far, I like what I’ve seen because it’s created conversation.”