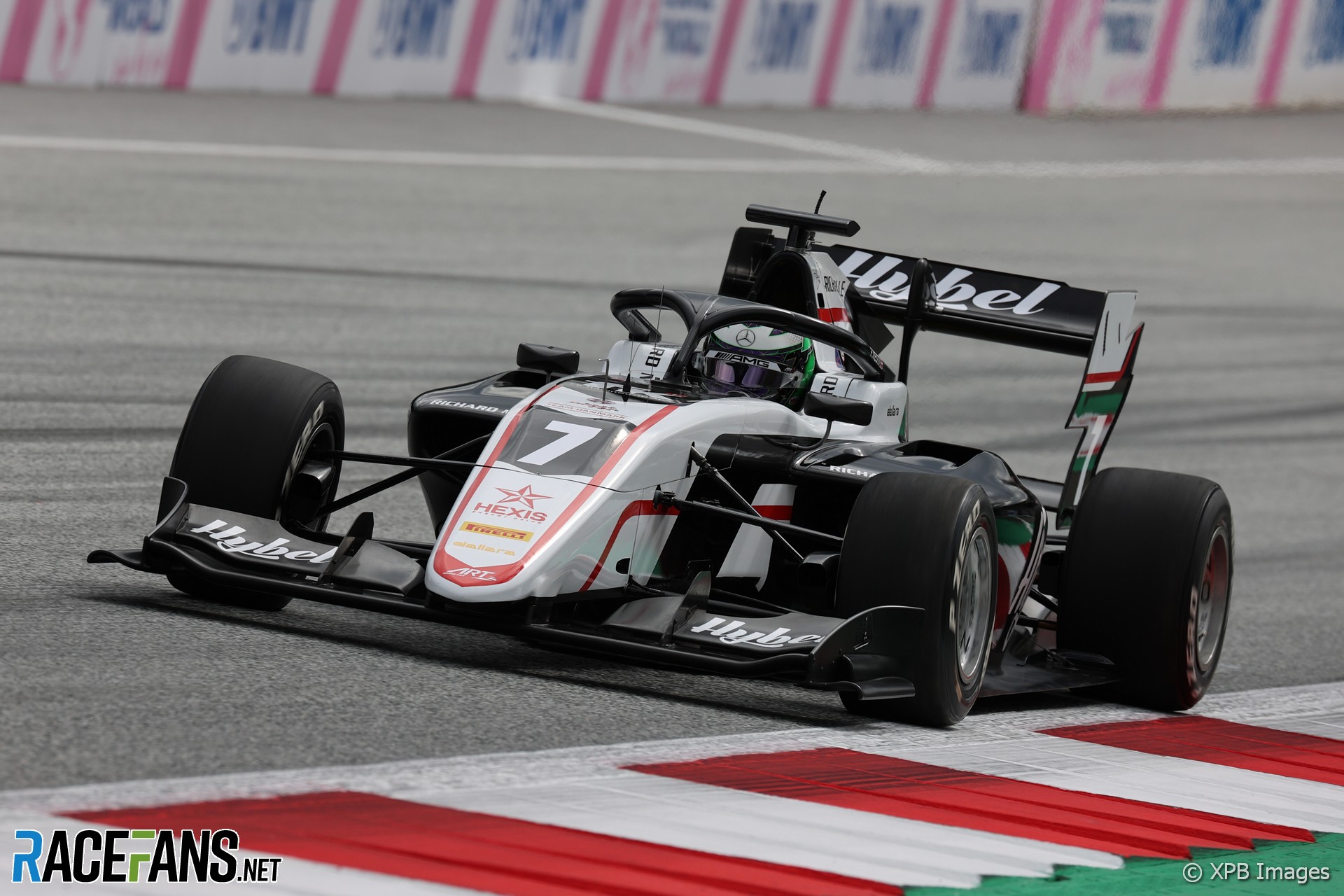 Hauger led the early laps from pole, holding off Frederik Vesti until the Mercedes Formula 1 junior managed to get down the inside of turn five.

Vesti’s ART team mate Alexander Smolyar also passed Hauger two laps later, and halfway through the 24-lap race he managed to get past Vesti too. That move for the lead at turn three only put him ahead for a few seconds, as Vesti had better traction and moved back ahead down the straight after. Their battling left the outside line for turn five open to Hauger, who swept around Smolyar back into second place.

The lead battle then died down before the race was interrupted by a Safety Car period.

Victor Martins and Arthur Leclerc were battling for sixth, and after touching wheels at turn three they then got too close again on the next straight. Leclerc took to the grass, taking off his front wing and shunting into the hapless Clement Novalak while Martins took to the outer run-off and returned to the pits with damage.

The field was closed up while Leclerc and Novalak’s cars were retrieved, and on the restart Vesti got away well to shake off any challenge from behind. A virtual safety car made him work for it again, but he had the pace to pull away in the final few laps for his first win of 2021.

Hauger came second, while Olli Caldwell found a way past Smolyar for third.

After Leclerc and Novalak were eliminated, Jak Crawford and Jak Doohan joined them in falling down the order when they picked up damage and had offs while fighting for fifth, and it meant Matteo Nannini occupied the position by the end of the race.

Ayumu Iwasa came sixth, while Caio Collet stalled at the start but rose from 29th to finish seventh. His MP team mate Martins was on a similar charge after his incident with Leclerc, but was then spun from 11th down to 25th on the final lap by Ido Cohen.

The final points places were filled by Logan Sargeant, Calan Williams and Jonny Edgar, although several drivers are under investigation for track limits violations and the final classification may change.