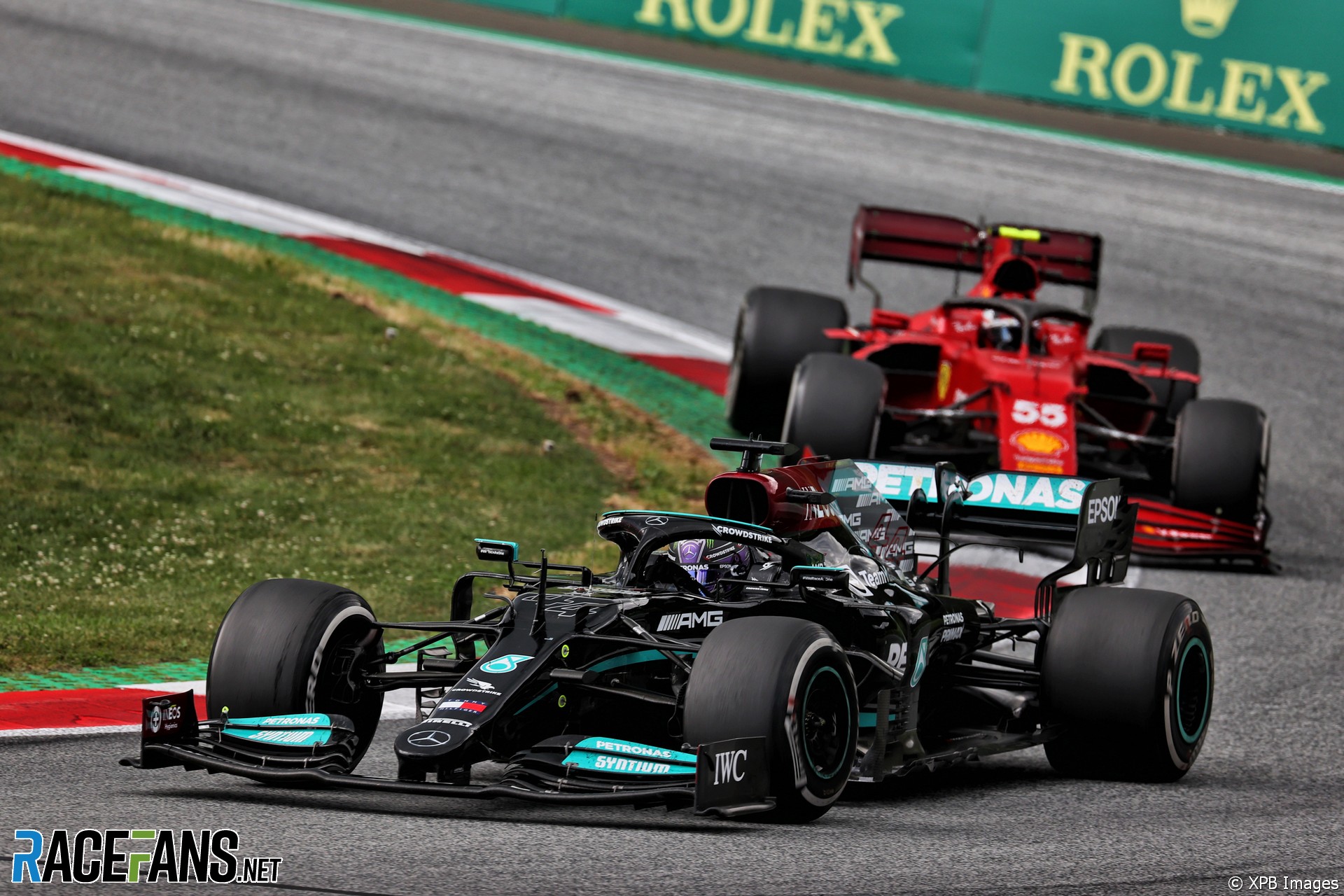 Carlos Sainz Jnr expressed his gratitude for the “teamwork” between Ferrari and Mercedes after he was able to unlap himself from Lewis Hamilton during the Styrian Grand Prix.

The Ferrari driver was pursuing fifth-placed Lando Norris when Hamilton put him a lap down in the second half of the race. But as the Mercedes driver’s lap times dropped off, Sainz found he was being held up up, which presented a “tricky” situation.

“I am P6, he’s P2; he’s fighting for the championship and I am fighting to try and catch Lando for P5,” said Sainz.

“At that time I let him by because he was running in [one minute] 8.5, 8.6 that at the time was quicker than what I can do with the hard.

“But then suddenly he had a drop in pace and I could actually keep getting quicker with the hard tyre. Suddenly I got really close to him for 10 laps and I was stuck 1.5 to two seconds behind him.”

Although he was able to lap quicker, Sainz couldn’t initially get within the one second range of the Mercedes driver which would have allowed him to use DRS.

“If I would have got into DRS I would have probably tried to unlap myself. The problem is I just couldn’t get into DRS because the Mercedes is actually not that bad, obviously, in the corners.

“Then suddenly I managed to get into DRS and I just warned my team that I was obviously wanting to unlap myself to try and go and get Lando.”

Sainz said the teams worked together to ensure neither driver’s race was badly compromised as he passed the Mercedes.

“There was very good teamwork there between my team, the FIA and Mercedes to just make the move as simple and as danger-less as possible for both of us because obviously I didn’t want to ruin his race and any kind of bad situation.

“So it worked perfectly and unfortunately just cost me 10 to 15 laps of race time. But I cannot really complain too much because it’s a race circumstance.”