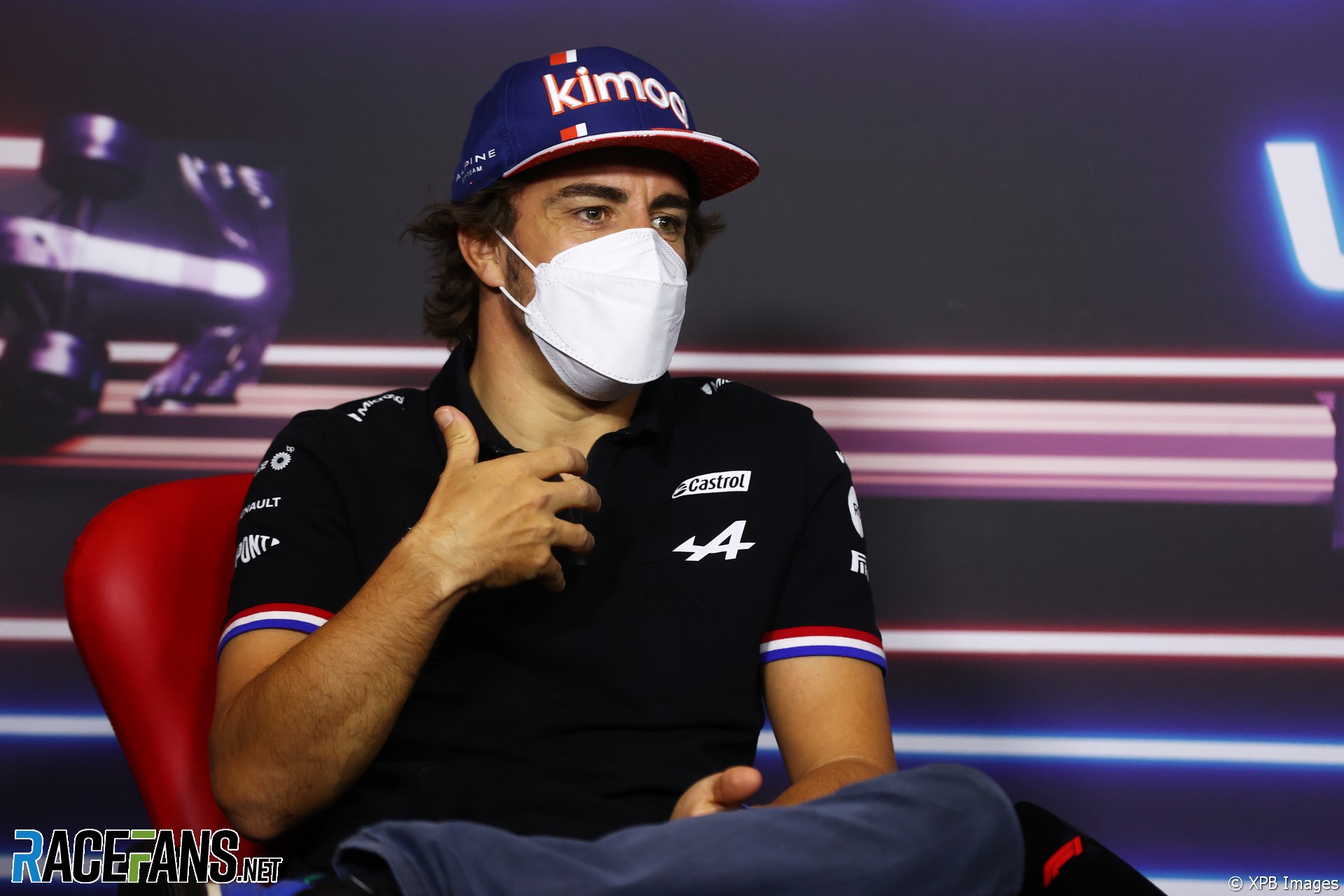 Fernando Alonso wants the FIA to pay more attention to drivers abusing track limits than clamping down on post-race celebrations.

The Alpine driver claimed two of his rivals overtook him on lap one of last weekend’s race at the Red Bull Ring by going off at the first corner. Alonso went into the uphill right-hander alongside Charles Leclerc and Pierre Gasly, who ran wide but rejoined ahead of him.

The pair then made contact and fell behind Alonso. He pointed out Formula 1’s governing body was quick to warn Max Verstappen over his post-race burn-out, but said nothing about his rivals gaining an advantage by leaving the circuit.

“I like when you can be yourself,” said Alonso.

“This burnout, I think it was nice to watch. Even the doughnuts sometimes in Abu Dhabi, I think the fans, they like that, and you see a lot of videos from those moments on social media.

“I think the FIA should police more the track limits. In turn one I was the only one making a move into turn one at the start and the two cars that I overtook they missed turn one and they exit in front of me.

“And for example, there is no warnings on that and there is on the burn-out. So there are things that for sure we can improve for the fans’ point of view.”

Gasly has also questioned why the FIA did not look into the subsequent collision between him and Leclerc, which ended the AlphaTauri driver’s race.