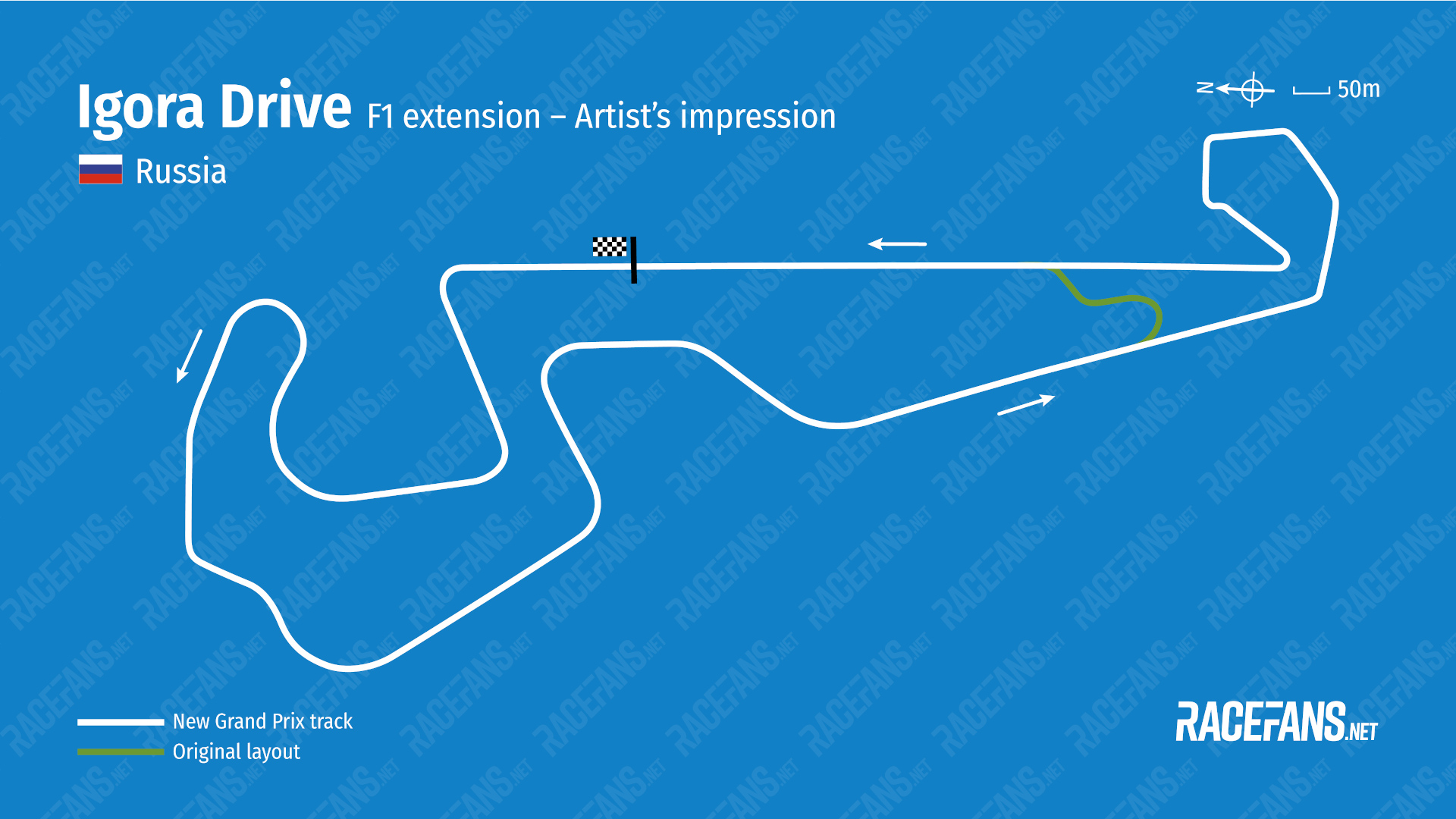 An extension is being built to the Igora Drive circuit near St Petersburg ahead of its first Russian Grand Prix in 2023.

The planned changes are shown in the image above produced by RaceFans.

Formula 1 confirmed last week Igora Drive will replace Sochi Autodrom as the home of Russia’s round of the world championship after next year’s race.

At 4.086 kilometres, Igora Drive already exceeded the minimum length required for Formula 1 tracks. The new loop will extend the circuit to 5.18km, bringing it into line with most F1 circuits.

Construction work has begun on the renovations at the end of the circuit’s anti-clockwise lap. The changes will extend the two longest straights on the circuit. These will be connected by a new series of quick left-hand corners leading into a tight right-hand hairpin at the beginning of the pit straight.

Speaking before the changes were revealed, Russia’s only F1 driver Nikita Mazepin said the relocation of his home race was “unexpected”.

“I think Sochi was a fantastic facility,” said the Haas driver. “Loads of drivers in F1 have their home races, but I’m one of the more fortunate ones to have an amazing place to host a home event.

“Looking at what Saint Petersburg and the government of the city is building there, it seems like the level is not going to be any lower. And I’m looking forward to it.”

Igora Drive opened in 2019 and was scheduled to hold rounds of the DTM and W Series last season, however they were cancelled early in the year. Domestic Russian motorsport series have visited the circuit but it is yet to hold a major international event.