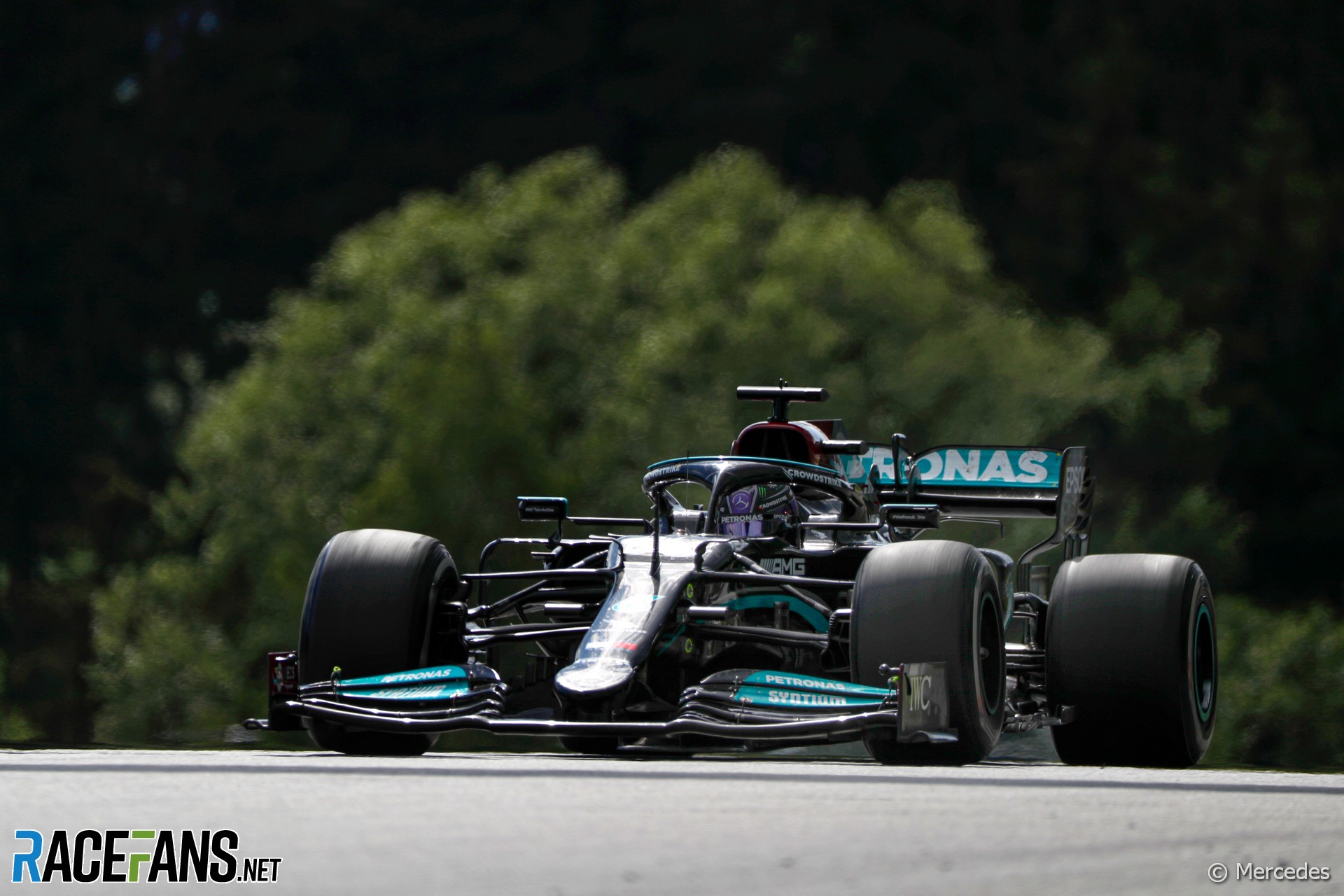 A “radical” change in set-up developed by Lewis Hamilton in Mercedes’ simulator may explain their deficit to Red Bull in the Styrian Grand Prix.

Hamilton trailed championship rival Max Verstappen throughout the race. The gap between the pair grew quickest at the ends of stints. Over the 10 laps prior to his extra pit stop at the end of the race, Hamilton dropped over seven seconds to the race winner.

Mercedes’ head of trackside operations Andrew Shovlin said that while the Red Bull Ring has been one of their weaker circuits previously, their choice of set-up may explain their deficit at the end of Sunday’s race.

“We’ve had difficulties here before but often they’ve been because we’ve had insufficient cooling or last year we had an electrical loom that was degrading with vibration,” said Shovlin. “So they’re often not related to performance.

“It is a difficult and quite peculiar circuit and Red Bull are normally strong here. But we’re also exploring a fairly wacky direction with the set-up as a radical approach, which I think was maybe a bit better on the single lap. The question that remains is whether we’ve hurt our degradation and we need to look at that in the next day or two.”

Shovlin revealed the change in set-up had been prompted by work Lewis Hamilton did in the team’s simulator after the French Grand Prix.

“Essentially the window that we work in was much, much wider,” he explained. “We were sort of going further than we’ve ever gone and just really understanding the effects of that.

“Lewis, before he came here, was doing a lot of work in the driver-in-loop simulator and it looked like an interesting direction. An important part of this year for us is adapting well to every track and we do need to be a bit brave and original with set-up direction to do that.”

Mercedes will scrutinise the consequences of the change in set-up closely ahead of this weekend’s race at the same circuit, where Pirelli will bring a softer range of tyres.

“The one big area [of focus] is understanding this set-up departure that we’ve taken and whether or not that has made life more difficult for the rear tyres in the long run,” said Shovlin.

“Some of that we can just do by data. We’ll see whether or not there’s work that’s going to carry into the Friday of the race weekend.

“Fundamentally the car’s very similar but there are additional challenges of extracting the grip out of that C5 compound, the very softest rubber on the single lap. That might be quite challenging if it is very hot here.”

Despite Hamilton falling over 15 seconds behind Verstappen before making his extra pit stop, Shovlin said the team are “not looking for massive margins” to close the gap to Red Bull.

“I think we were down by a couple of tenths in the race and there’s a bit of degradation. But the solution to both of those problems might be the same thing.

“We’ll just try and get the rears running a bit cooler and look after the rubber a bit better and you may find that both of those things come our way. So we will focus on those areas and it’ll just be a case of seeing if we can come back a bit stronger in a few days’ time.”