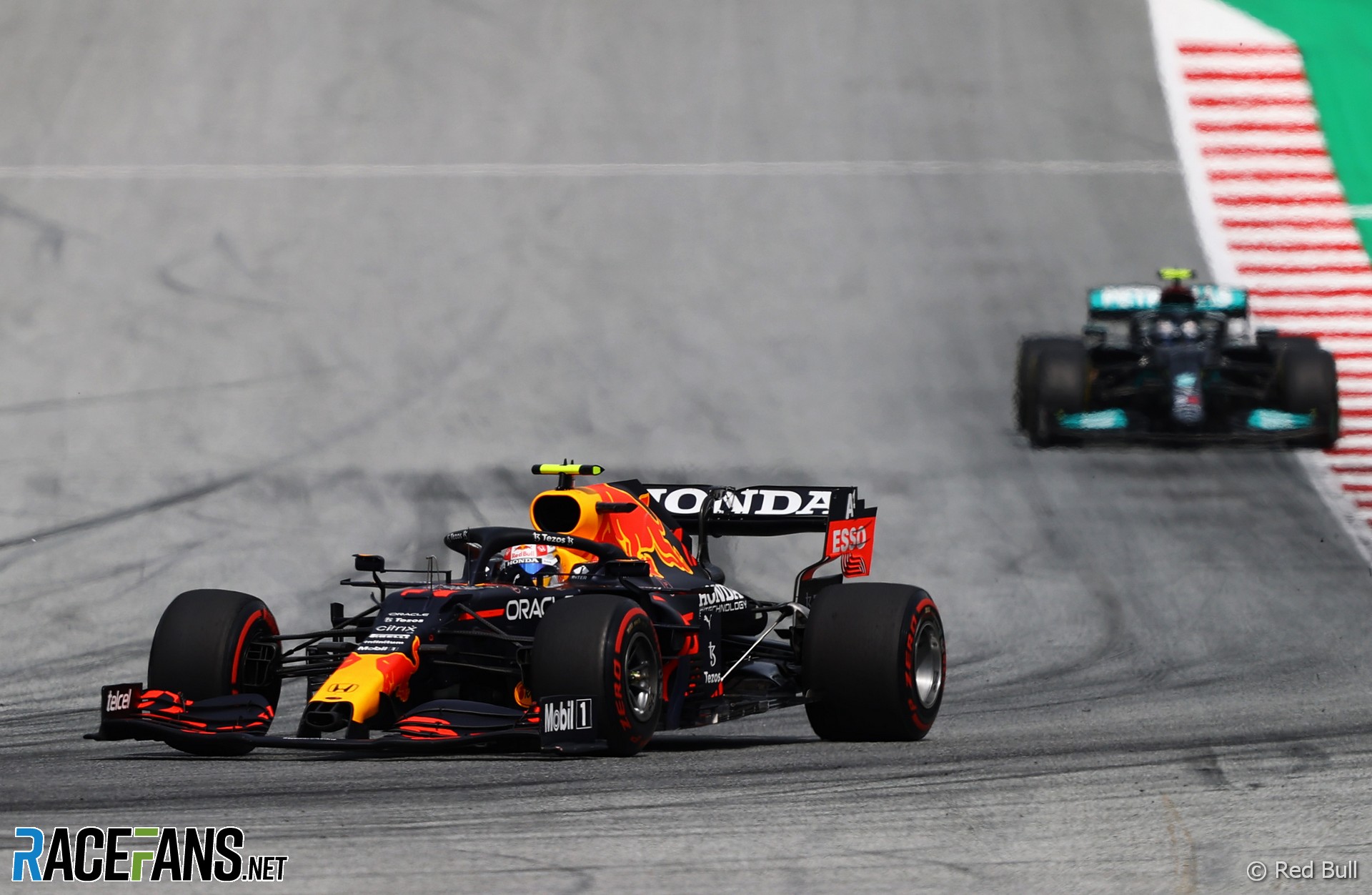 Mercedes will look into any potential gains Red Bull may have made with their second power unit, said team principal Toto Wolff, after Lewis Hamilton repeated his claim they have introduced an upgrade.

Engine manufacturers are only allowed to make changes to their power units during this season to address reliability concerns.

However Hamilton has claimed on several occasions the new Honda engines Red Bull introduced at the French Grand Prix have improved their performance.

“I don’t remember the last time we had an upgrade, but they have,” he told Sky after the Styrian Grand Prix. “They’ve clearly brought the engine upgrade and they’ve brought some other part of the package and it’s just eked them ahead.”

Speaking after Sunday’s race, Wolff said his team will not make knee-jerk claims about Red Bull’s performance since the introduction of their new engines until the relevant data has been examined.

“In this sport, we’re not working with suspicions,” he said. “It’s important to analyse the facts and the data and this is what everybody does.

“It’s very transparent how every team performs and we will be looking at every team’s performance, including Red Bull and ourselves, and then come to our conclusions.”

Hamilton finished a distant second to Max Verstappen yesterday, falling over 15 seconds behind his championship rival before making an extra pit stop.

“In a moment of defeat, the initial reaction shouldn’t be pointing fingers at anybody or looking to find excuses,” said Wolff.

“They’ve done a good job, fact. And the second power unit that they brought has been really strong. And that can be only with reliability if the first one had degradation. So in summary, let’s look at the data, analyse and then see what that says.”

Red Bull team principal Christian Horner reiterated yesterday their new engines are the same specification as the previous ones.

“We have a new oil from ExxonMobil so I think they should take full credit for Lewis pointing at the engines,” he said in response to a question from RaceFans. “The engines are homologated, it’s the same spec.”