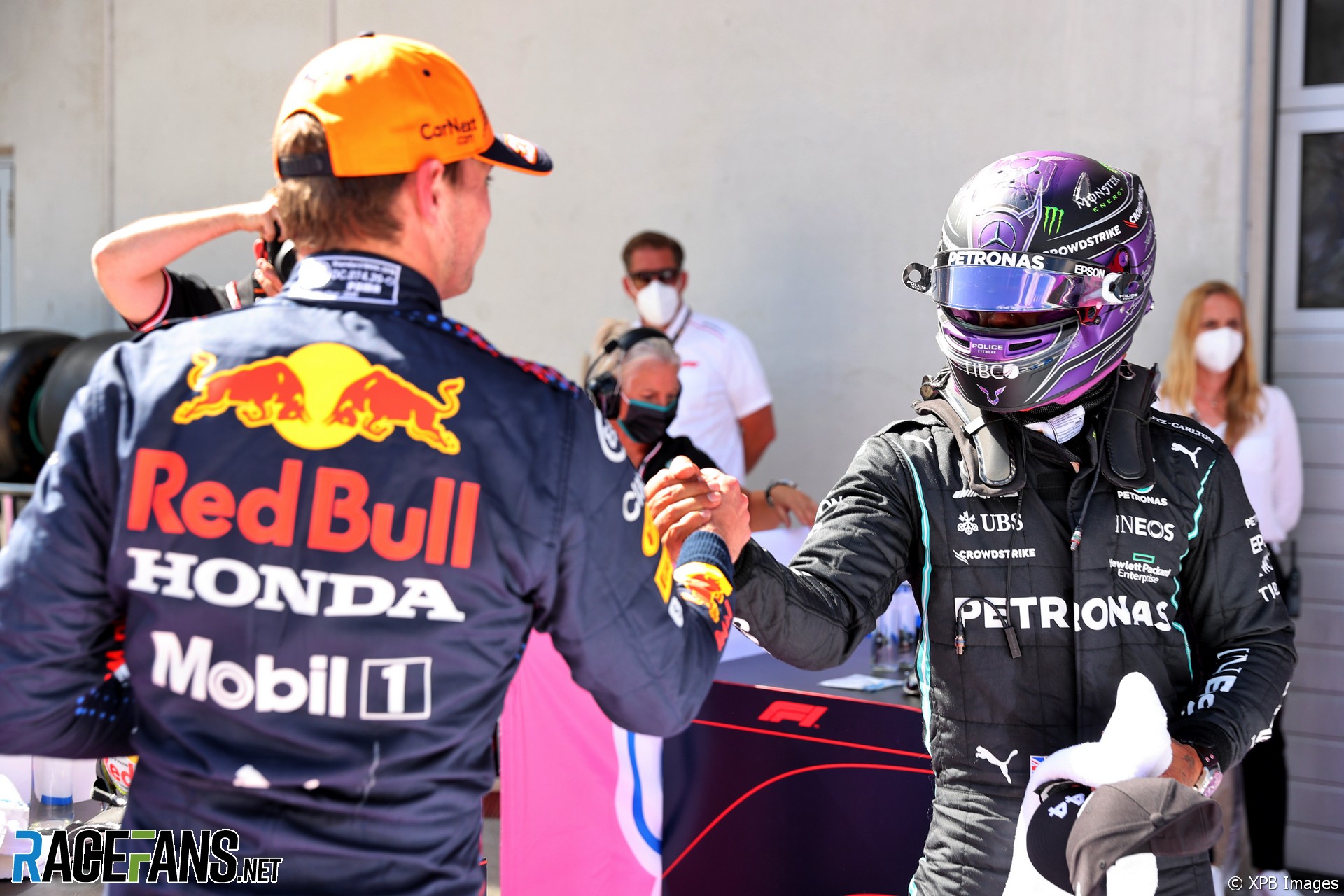 With Max Verstappen and Lewis Hamilton stretching ahead in the lead of the championship, the role their team mates may play in deciding which of them comes out on top is becoming ever more critical.

While both Sergio Perez and Valtteri Bottas are still capable of winning the championship, both have already been called upon to wave their team mates past while running different strategies. But one of them was noticeably quicker to comply than the other, with potentially race-deciding consequences.

In Spain Hamilton took an extra pit stop, passed his team mate and then closed on Verstappen to claim victory. In France last week Verstappen won by using the same tactics against Hamilton: He converted to a two-stop strategy and overhauled the other Red Bull before hunting down Hamilton.

In Spain it was noticeable that Bottas didn’t exactly make life easy for Hamilton when he was told not to hold his team mate up. Hamilton had to pull off-line and dive down the inside of his team mate at turn 10 to get by, losing over 1.3 seconds.

The delay didn’t matter in the end: Hamilton arrived on Verstappen’s tail and passed him with six laps to go. However at the time Mercedes had cause to fear the time lost could have prevented Hamilton catching Verstappen to pass him before the end of the race. They had told their driver they wouldn’t catch the Red Bull until the final laps.

At Paul Ricard last week Perez moved aside for Verstappen much more readily. The times sheets show Verstappen was not delayed at all getting past, as Perez acknowledged on Friday.

“In the end I ended up losing about a second and a half in that lap,” he said. “Max didn’t lose anything, which was good. At the end a second or two can make a huge difference for the team.”

He’s not wrong: Verstappen only caught Hamilton on the penultimate lap. Had Verstappen lost as much time behind his team mate as his title rival did in Spain, he might not have caught the Hamilton in time to pass.

The most striking difference was not found on the times sheets, but in the eagerness with which Perez complied. His exclamation “let’s get them” on his radio after Verstappen passed him contrasted sharply with the palpable reluctance of Bottas in Spain, who acknowledged he could have let Hamilton by sooner but didn’t want to compromise his own race.

If Perez or Bottas fall out of championship contention, then they can expect to be called on to regularly perform as ‘number two’ to their team mates. Until then, the relationships between the team mates need careful handling.

Verstappen can have no complaints over the readiness with which Perez moved aside in France. Equally, Red Bull team principal Christian Horner made it clear after the Azerbaijan Grand Prix that Perez would have been allowed to fight for the win had he jumped past Verstappen into the lead when he pitted, which was a possibility at one stage.

As for Bottas, he is satisfied that Mercedes haven’t already relegated him to a ‘number two’ role, despite arriving in Austria fifth in the championship with less than half of his team mate’s points tally. “We haven’t had any discussion about that,” he said on Thursday. “I think it’s too early.”

Hamilton remembers all too well the fraught relationship he had with Bottas’ predecessor Nico Rosberg and is careful not to rock the boat. While conceding Mercedes could do better, he avoided any criticism of Bottas when asked by RaceFans whether Red Bull had handled the situation better in France than Mercedes did in Spain.

“I think we can always make improvements, for sure,” he said. “If you look at the Red Bull, I saw the video of Sergio and Max. A few seconds later and it would have been mid-corner, maybe Max would have lost more time. It was just a perfect time that he happened to to to meet him on-track. I guess, it was potentially a little bit different when we were in Barcelona.

“But we will continue to work as a team. I think we’ve worked well as a team for many years. As I’ve always said, I think Valtteri has been the best team mate overall. And and when I say team mate, it’s not just about driver performance, it’s about team morale, it’s about how you work in the team environment. We’ll continue to improve on our communication and hopefully do better moving forwards.”

There is a further dimension to the delicate situation at Mercedes: The ongoing doubt over Bottas’ future at the team. If Bottas discovers he won’t be staying next year and is therefore seeking a new employer, he’s going to be even less willing to potentially compromise his own performance by immediately scampering out of Hamilton’s way.

Today the championship leaders share the front row of the grid and their team mates line up behind them. Whether they end up playing a role in the outcome of the coming race depends on any number of factors.

But the fact we’ve seen it happen twice in the last four races suggests there’s more of this to come. How eager the championship contenders’ team mates are to help them could therefore shape the destiny of this year’s championship.