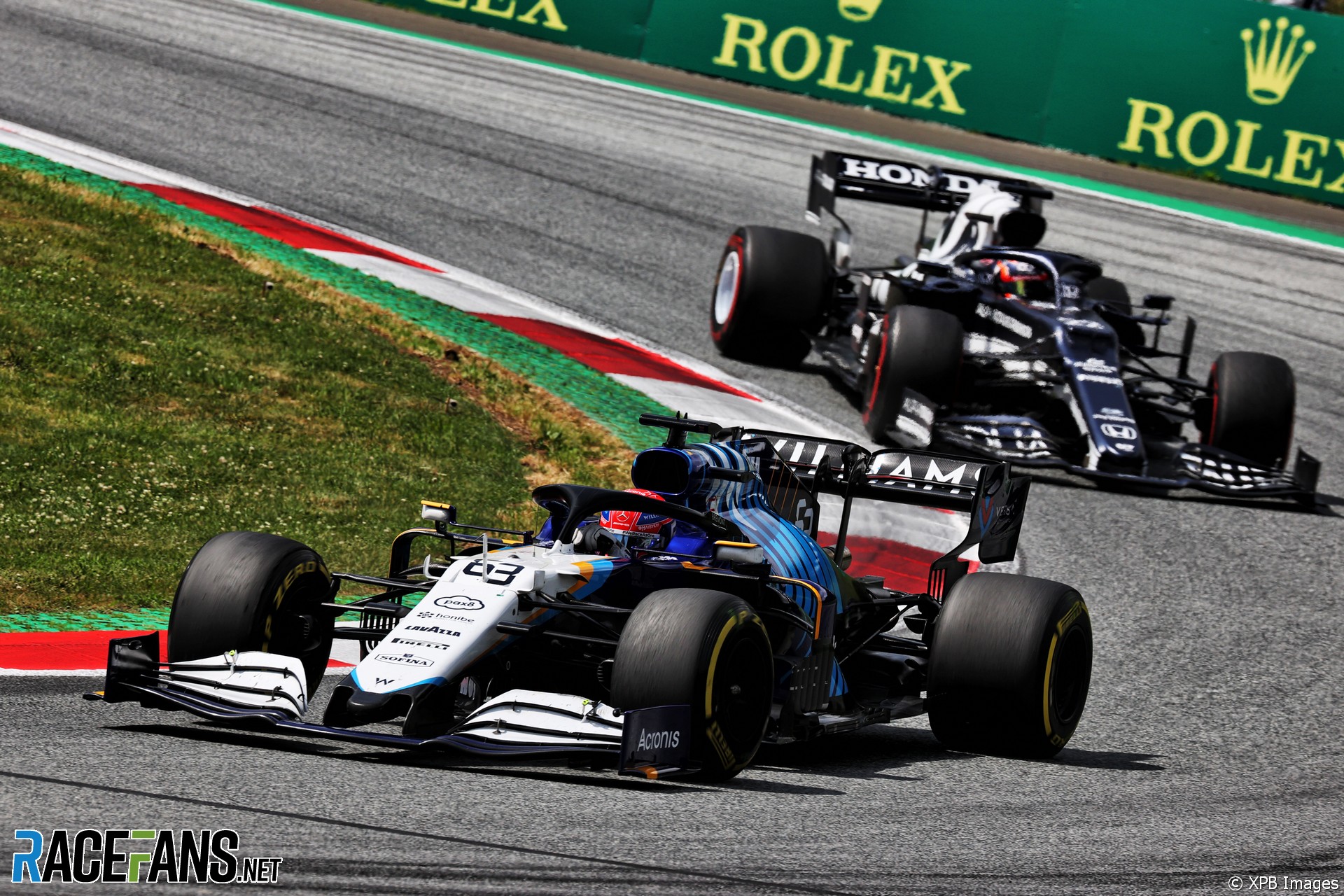 A dejected George Russell blamed a “very rare” problem on his Williams for costing the team a points finish in the Styrian Grand Prix.

The missed opportunity prevented the team from moving up to eighth place in the constructors’ championship, Russell believes. However he drew encouragement from the team’s performance in Austria, describing it as “truly, pretty quick”.

“I do think that in the last few races we have just put things together incredibly well and everything has just been really well aligned and probably capitalised from other people’s mistakes,” explained Russell.

“So we have to perform at excellence and hope that others don’t. But nevertheless, P11 in qualifying, quite a good race last week in France – we would have been in the points today.

“Let’s not get too carried away with ourselves. Having just had two races like this, I think we need to see [it] again. Obviously we’ve done eight races so far and only two of which we’ve been truly, pretty quick. So it’s a real shame for everyone.”

After achieving his best qualifying result of the season on Saturday, the Williams driver was running in a comfortable eighth place in the race before a loss of pneumatic pressure in his car forced him ultimately into retirement.

Russell admitted his frustration at being unable to convert Williams’ best chances of a points finish since 2019 through no fault of his own.

“I think it was about 14 laps in when the team came on and said we need to do a two stop because of an issue,” he told Sky. “There was a very rare pneumatic issue on the car. They’re still looking into what happened.

“I don’t really know what to think to be honest. We were obviously having a great race. The team apologised on the radio, but there was no need. We’re in this together. We’re fighting. But it’s frustrating for sure. Racing’s cruel sometimes. It’s never straightforward, it’s never easy pickings.”

Russell believes the retirement may have cost his team an opportunity to secure eighth place in the constructors’ championship due to how valuable even minor points finishes can prove over the course of a season.

“I think we’re doing a really good job at the moment – and it definitely will come – but a day like today could’ve cemented P8 in the constructors’,” he said. “Alfa Romeo aren’t looking as strong these days. We’d have probably come away with four or six points today, which is pretty massive.”