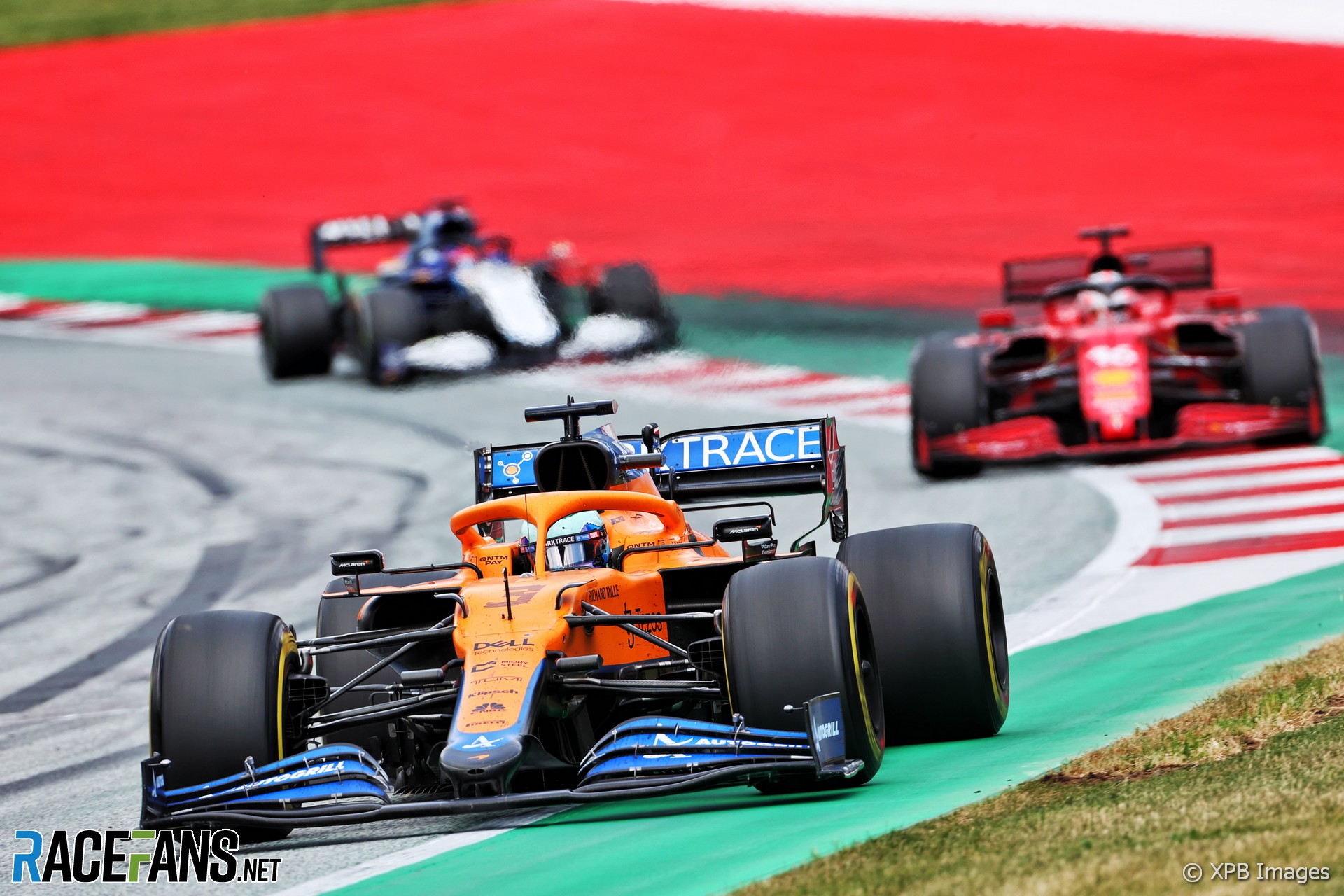 Daniel Ricciardo’s flying first lap in the Styrian Grand Prix was cancelled out by problem with his power unit six laps into the race.

Ricciardo qualified 13th but immediately gained four places to hold ninth at the end of lap one.

On lap six Ricciardo reported he had “no power” over the radio. McLaren were able advise him how to fix the problem, but he fell back to 13th and was unable to regain any of his lost places by the end of the race.

“It was disheartening because I had such a great start and [was] obviously on a preferred strategy, with the medium [tyre]. So I felt like the cars ahead would have would have struggled on the soft and we were in a really good position.

“So it was all there ahead of us. Then I lost power.

“I felt it out of turn one and then I got some switches and we were able to recover it by I think turn seven or turn eight. But everyone I passed on lap one, basically I did wave back past me. So then you’re in the train and that’s it, afternoon done.”

Without the problem Ricciardo believes he would have finished close behind team mate Lando Norris.

“We were ahead of Sainz, same strategy, he finished sixth,” said Ricciardo. “I really think that was us today. I think we could have been fifth and sixth again as a team.”

Ricciardo registered his second point-less finish since joining McLaren this year. “When it’s low, it’s really low, this sport,” he said. “This was one of those days that I really did not love it.”

McLaren team principal Andreas Seidl explained how Ricciardo’s race went awry. “There was a control issue on the power unit side which affected the power delivery for half a lap, which we could recover then, with some steering wheel switches.

“But due to that, he lost positions and then was stuck in traffic and the race was pretty much over.”

Seidl said the team had “mixed feelings” after Norris finished fifth but Ferrari out-scored them in sixth and seventh.

“Obviously we are very happy with the strong weekend we could have on Lando’s car, finishing P5, being the third strongest force, which was great.

“But it feels like a bit of a missed opportunity today on Daniel’s side after being in P9 after the first laps, ahead of the Ferraris.”