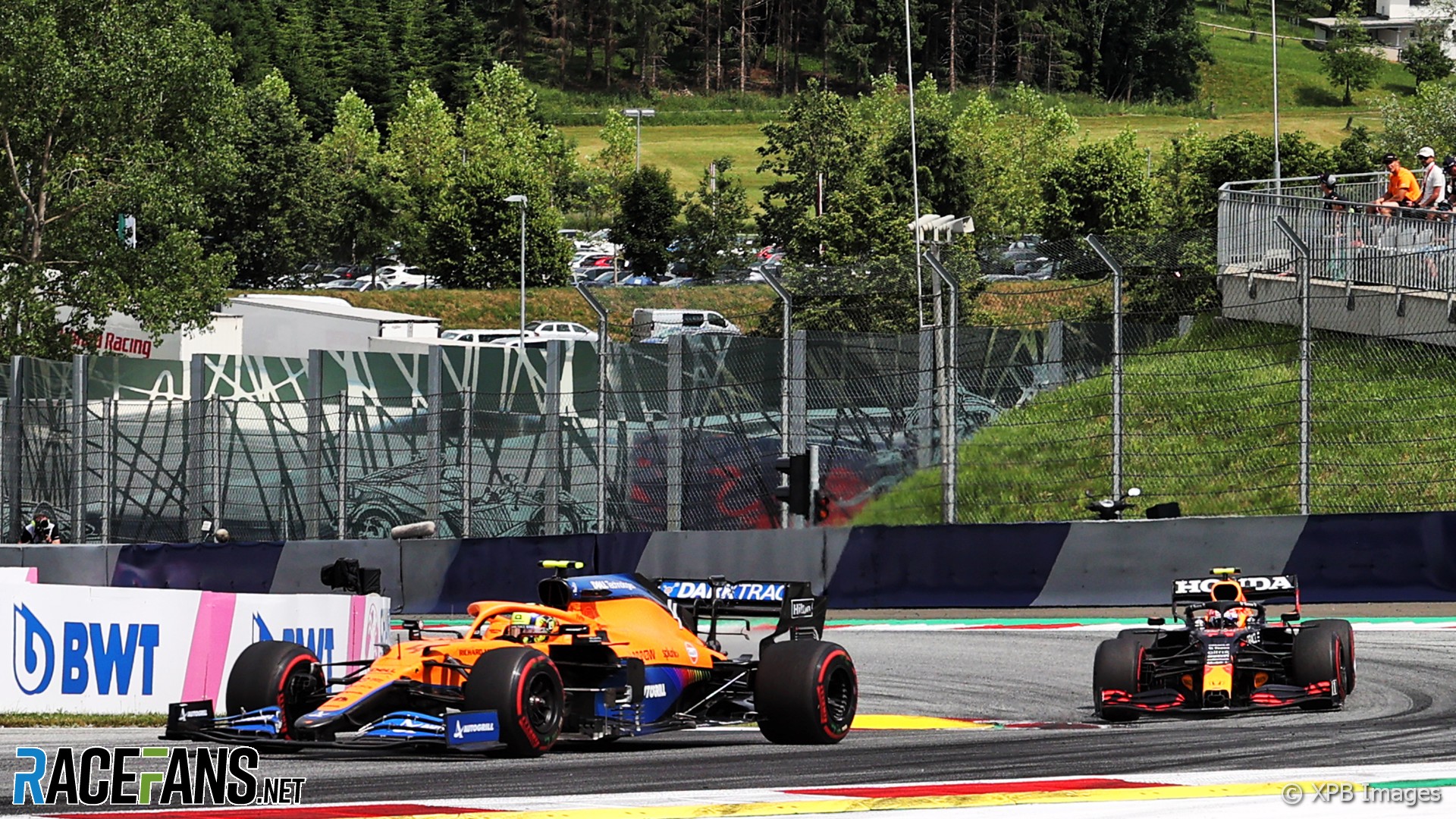 Lando Norris enjoyed leading two quicker rivals in the opening stages of the Styrian Grand Prix, but admitted he had to let them past eventually.

The McLaren driver started third on the grid and ran ahead of Sergio Perez and Valtteri Bottas until lap nine. But once the Red Bull and Mercedes drivers closed on him, Norris made little attempt to keep his position.

“With how much quicker Red Bull and Mercedes were today, I had no chance,” he said. “I tried holding them off for as long as possible in the first stint, which was still like 10 laps or something. But they were so much quicker I was starting to ruin my own race by harming my tyres and stuff. So I had to think about that, still.”

“A bit of the fun comes from knowing I’m in a worse car and I’m ahead of them,” Norris added. “It’s cool also realising how much quicker they are today, which proves how much better that car is, but on a day like yesterday I out-qualified one of them. It shows we’re doing a good job in qualifying at times – maybe not Paul Ricard.”

Norris finished the race fifth ahead of McLaren’s closest championship rivals, Ferrari’s Carlos Sainz Jnr and Charles Leclerc. The McLaren driver said it was clear before the race they wouldn’t be able to put up a race-long fight against the championship leading teams.

“It’s never nice, you don’t want to just give up any position,” said Norris. “But we did our homework. I knew at the beginning, I already knew yesterday who I was going to be racing against and so on. So it was quite straightforward.

“There’s these laps where I can try and see what our pace is like and how long I can keep them behind because it still gives me a good gap to the guys behind them. But I also need to make that decision when it’s starting to hurt my own race. And if I did it for too much longer I could have been a lot more vulnerable at the end of the race to Carlos and stuff.”

Although Ferrari’s race pace was very poor at the previous round, Norris said McLaren expected them to be stronger this weekend.

“The Ferraris were very fast in the end, or just all the way through the race. Their race pace was already very strong on Friday so we were expecting them to be fast.

“I still had to push a bit, it wasn’t a completely easy and straightforward race, but we did what we had to do and we couldn’t have done any better today.”