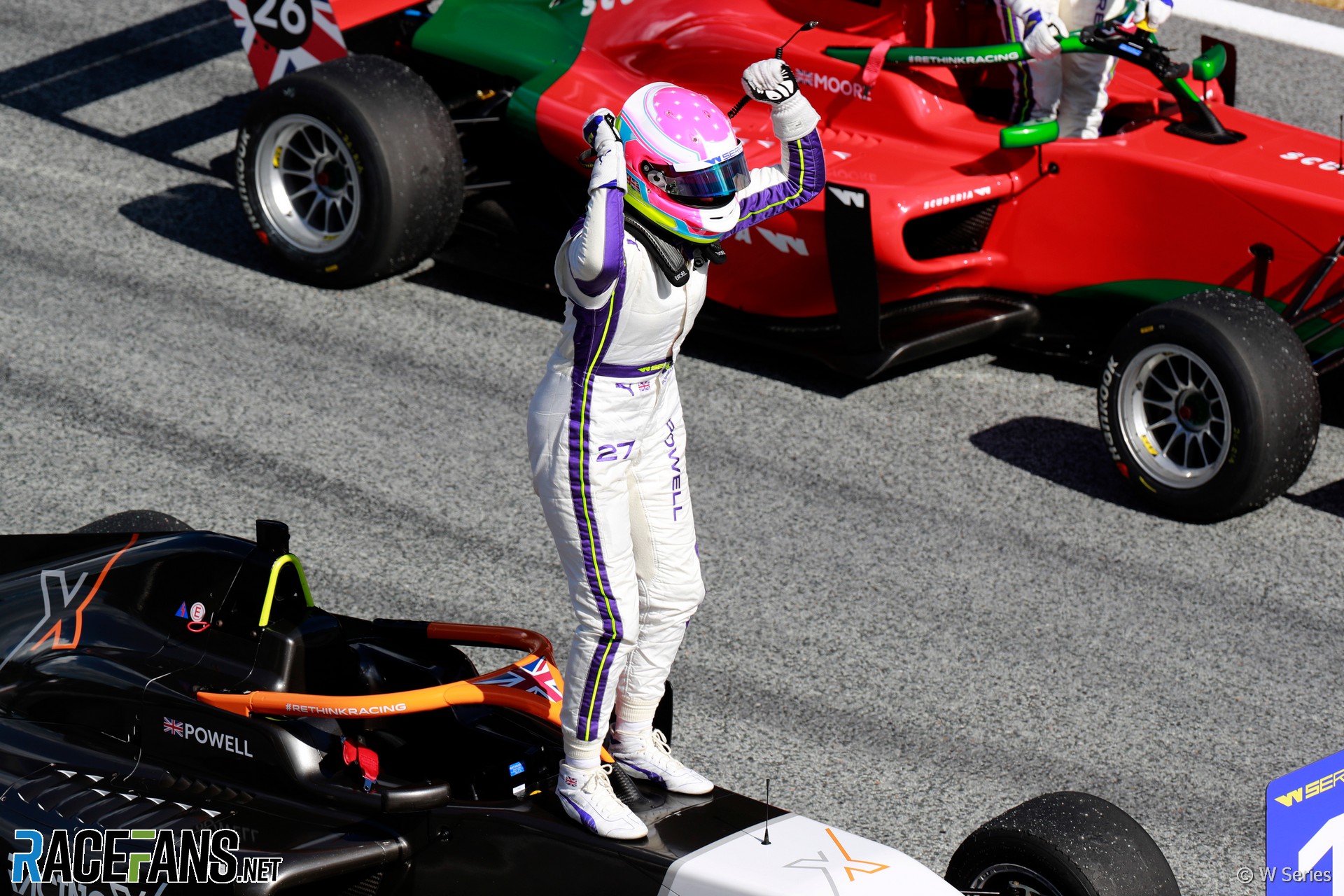 Alice Powell won the first W Series race of 2021, leading every lap from pole position at the Red Bull Ring.

Powell shared the front row of the grid with Sarah Moore, followed by Belen Garcia and Beitske Visser on the second row, then Emma Kimilainen and Jessica Hawkins behind. Chadwick, who struggled to set a clear lap during qualifying, started the race from eighth on the grid.

Powell got away cleanly, Moore and Garcia following her without incident. However Chadwick collided with Jessica Hawkins in the braking zone for turn one, sliding into the run-off and falling to 16th.

The order remained fairly steady for the first half of the 30-minute-plus-one-lap race. The distant Chadwick was lapping over a second-and-a-half quicker some of the cars ahead, but was short on time to catch them.

With 13 minutes to go, Garcia went off the track at turn six, rejoining behind Miki Koyama in ninth place and taking herself out of podium contention. Garcia immediately came under pressure from Nerea Marti, having to defend as the two went wheel-to-wheel down the third straight.

Marta Garcia then slowed on track with a car problem, sliding down the order with 11 minutes of race time remaining. Yellow flags came out in the second sector where her car’s race ended.

The Safety Car was deployed – a blessing for Chadwick, who was now within range of her rivals. The race resumed with four and a half minutes to go, Powell leading the restart. She, Moore and Visser got away without trouble for half a lap, until Visser was tagged by Kimilainen and spun round, dropping to the back of the field.

Fabienne Wolhwend was able to take advantage of Kimilainen’s damaged front wing from the contact with Visser, almost immediately taking third place from her. This all played into Chadwick’s hands, the Veloce driver rising to ninth as the penultimate lap began.

Four drivers went side-by-side into turn one that time by, Kimilainen losing places and locking up with her damaged front wing. The wing finally came off, flying dramatically into the air and fortunately avoiding other drivers behind her.

Powell led the field home to the chequered flag, Moore finishing second and Wohlwend completing the podium. It was Powell’s second consecutive victory in the series, having won the 2019 season finale before last year’s championship was banned due to the pandemic. Having waited some 700 days for this race, the drivers will be back in action again in just seven days’ time at the same circuit.