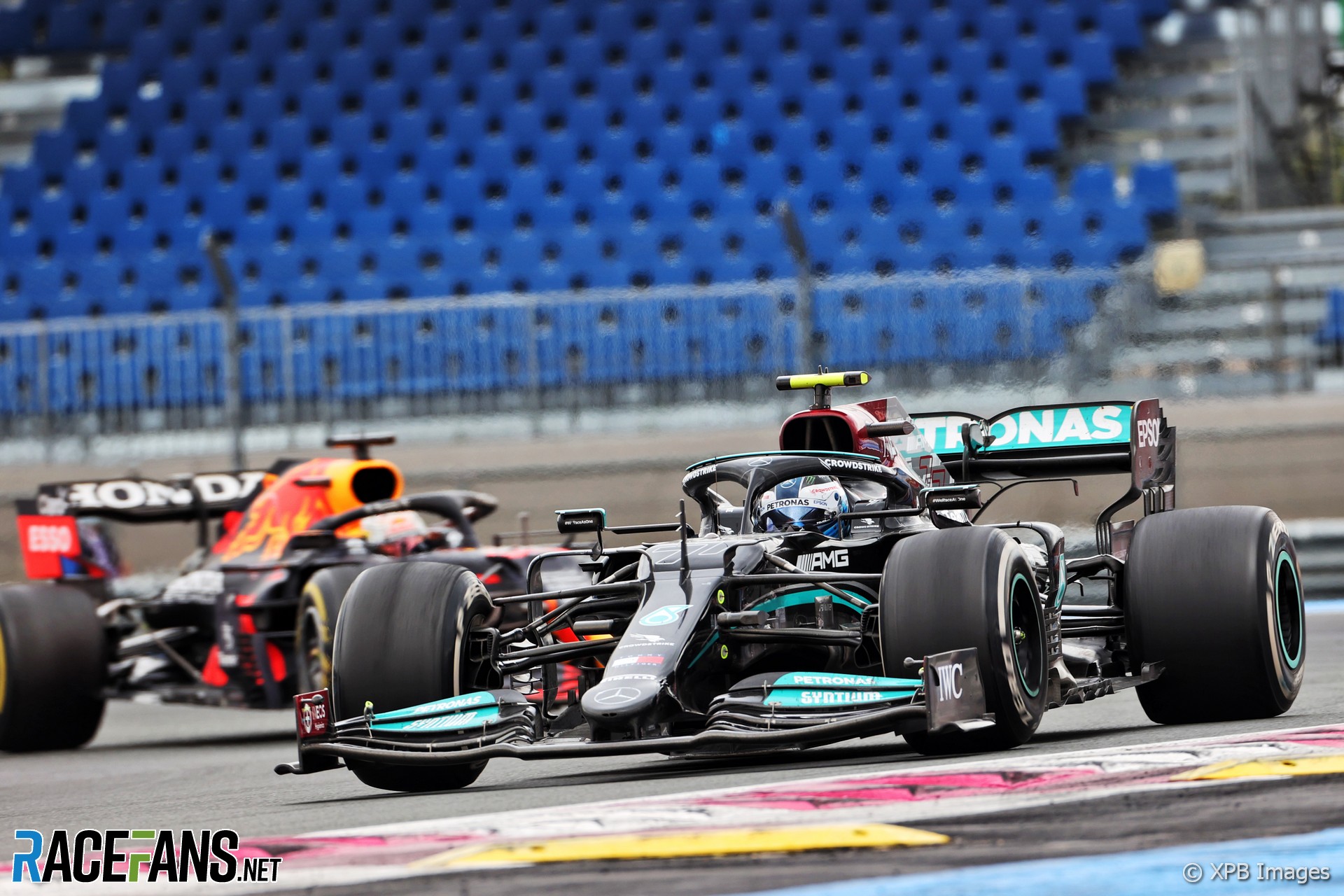 Mercedes team principal Toto Wolff says he saw genuine progress at the French Grand Prix from Valtteri Bottas, whose place at the team for next year is in doubt.

Wolff is weighing up whether to replace Bottas with junior driver George Russell in the team’s line-up for the 2022 F1 season.

Bottas ran close behind team mate Lewis Hamilton and race leader Max Verstappen early in the French Grand Prix. Having pitted two laps before Hamilton, Bottas dropped back later in the second stint as their tyres faded. He finished 11 seconds behind his team mate and voiced his displeasure over the team’s strategy on the radio.

Despite his frustration, Bottas scored his first points for three races, and Wolff was satisfied with his performance.

“I still think that he delivered a good race, to be honest, because he was right up there with Lewis and Max for large parts of the race,” said Wolff. “I think the development goes in the right direction, to be honest.

“Yes, there is still a gap in tyre management, but we’ll look at it in the detail [over] the next few days, but I see a real progression with how Valtteri tackles the races and the qualifying we never doubted.”

After seven races out of 23, Bottas lies fifth in the drivers’ championship, 72 points behind leader Verstappen.

Wolff does not believe the speculation over Bottas’ future in the team is related to his improved performance. “Valtteri knows that the only answer to these rumours is to perform on track,” he said.