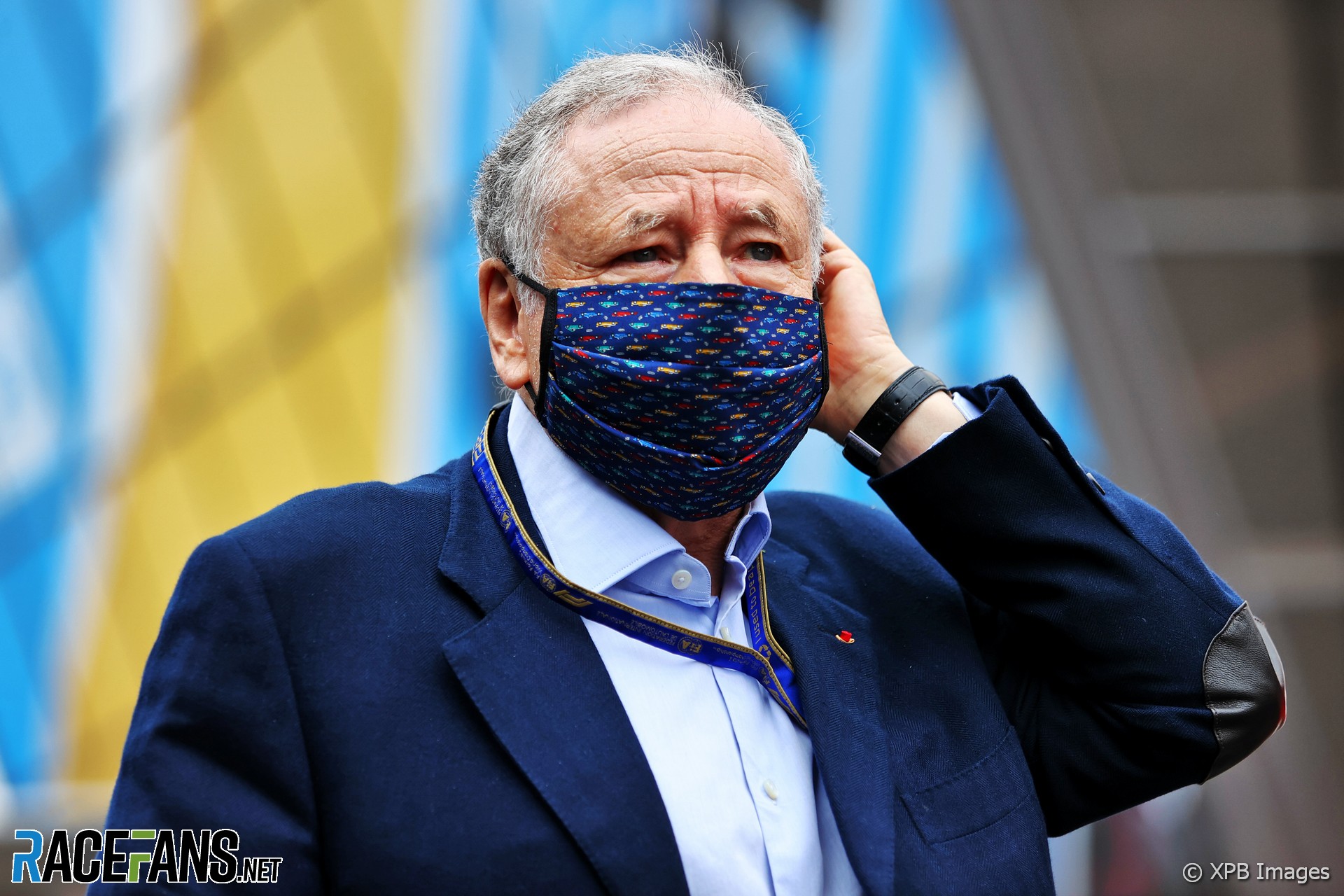 FIA president Jean Todt says he would like to see less controversy in motorsport, following a series of disputes over Formula 1’s regulations.

Several high-profile rows have broken out in Formula 1 over the past year. Already this season teams have been required to change their rear wing designs and alter their tyre pressures following claims some were trying to get around the regulations to gain a sporting advantage.

Last year Racing Point – now Aston Martin – was fined and docked 15 points after it was found to have broken the rules regarding rear brake duct design.

The FIA also announced it had reached a private settlement with Ferrari following an investigation into their power units, which resulted in new design restrictions being introduced. This prompted a furious reaction from teams that the specifics of the case had been kept secret.

Todt said he must remain “completely neutral” in such controversies, but would like to see a more harmonious sport.

“More competition means more controversy,” he said. “And that’s our world. Probably I would prefer less controversy in our sport. But that isn’t the nature of our sport.”

Todt sees part of his job as putting structures in place which will reduce the potential for disputes over the rules.

“Honestly I’ve been trying to avoid controversy and to do as much as possible to make people [come] together. Which incidentally, it’s something I mentioned already last year, probably Covid-19 among the positive things [is] it’s been able to make all of us work together in one direction.

“There is so much tension, so much competition, but again, it’s the nature of the sport. So you have a controversy about the flexibility of the wing, about tyre pressure about anything, I could go more. What I really want [is] that we have a good governance and in all that we do we have ethics, good compliance in our sport.”

Motorsport’s complexity makes it challenging to police, Todt admitted. “[It’s] difficult because interpretation of the regulations, where is the border between ‘you can’, ‘you can’t’ – it’s not my job to do it but my job is to make sure we have the best people. And clearly, we have reinforced drastically the team, as you know.

“Incidentally we have something which is very important, I don’t know if you are well aware about that, but we have what we call the technical sporting committee, because I hate to be in a position to have one guy deciding ‘you can’, ‘you can’t’ – it would be bad for us, bad for him, bad for everybody. So we have a steering committee, which we have also reinforced to help the governing as much as we can.

“So that’s what we need to do and more competition, more possibility of interpreting so we have to be very, very, very strict on achieving that.”

Todt said he was alarmed by the crashes which occured in Baku three weeks ago and prompted the introduction of an updated technical directive concerning how teams operate their tyres.

“I’ve been very, of course, very concerned with that. Immediately when it happened – I was not in Baku – but I called our people I called [Pirelli’s head of motorsport] Mario Isola, I spoke with him, with them, several times.”

“The first thought was it was due to debris, which was not the case,” Todt added. “It seemed that it had been around the use of the tyres. So we have [produced] what we call a TD to make sure that the teams are all using the tyres the same way.”

12 comments on “Todt would “prefer less controversy” in Formula 1”