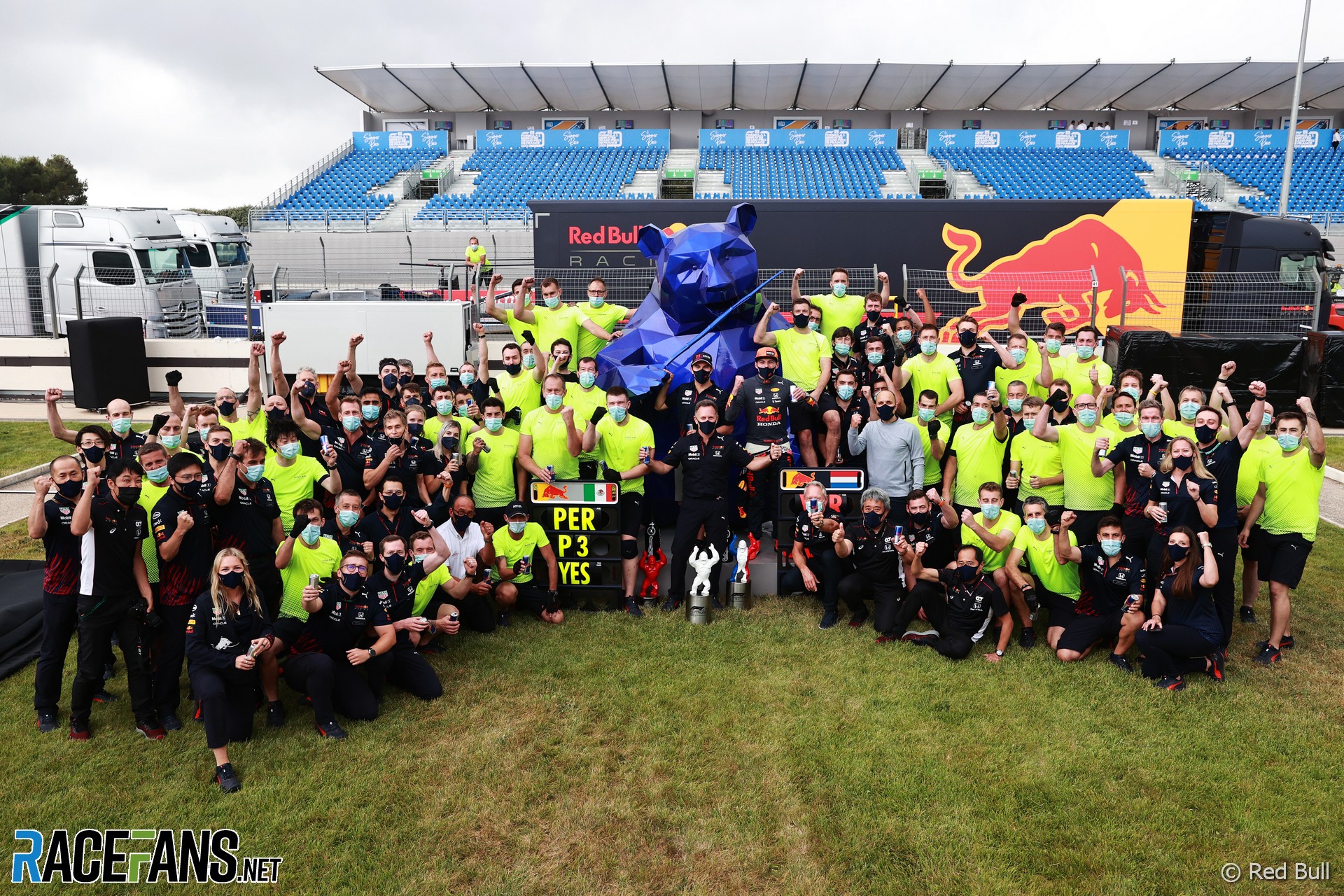 The French Grand Prix saw the introduction of tougher tests of rear wing flexibility and new restrictions on tyre use, following recent controversies the team was linked to.

Red Bull was among the teams which indicated it would have to modify its rear wing design to comply with the revised test. Its introduction came in response to footage which showed their rear wing deflecting at speed during the Spanish Grand Prix.

Last weekend’s race was also the first since the introduction of new restrictions on tyre use following Max Verstappen’s high-speed failure at the previous round. Formula 1 tyre supplier Pirelli attributed the failures to lower than expected pressures on the cars which experienced the failures, which also included Lance Stroll’s Aston Martin.

But Horner said Red Bull’s victory last weekend vindicated his team and showed neither the rear wings nor tyres were key to their performance.

“A lot of comments have been made in the last few weeks, accusations made,” he said. “But we comply with the rules and the way that we reacted, I think, again, it shows the strength and depth, that our performance isn’t based on rear wing flexibility and at all times we’ve always followed the prescriptions from Pirelli.

“Obviously the increase in tyre pressure this weekend was challenging for all the teams. But again, the engineering team have done a great job in optimising the car around it.”

Horner responded to further remarks from its leading championship rival following Sunday’s race. Mercedes suggested the team had introduced an upgraded power unit when it fitted new engines to its two cars.

Teams are not permitted to introduce upgraded power units until the start of the 2022 F1 season. Lewis Hamilton acknowledged this when speaking after the race on Sunday, but suggested the ease with which Verstappen overtook him showed Red Bull had upgraded hardware from Honda at the French Grand Prix.

“We’re losing three and a half tenths just in a straight line,” said Hamilton. “So you saw him fly past me down the straight. There was nothing I could do to keep him behind.”

Asked if that was a concern given the championship situation Hamilton said: “It’s difficult because the engines are homologated. They’ve obviously brought an upgrade here. So we’ve got to dig deep and try and see if we can figure out how to get quicker.”

Mercedes team principal Toto Wolff said Red Bull “have made a huge step forward with their power unit, the introduction of the second power unit” in France.

Speaking in response to Wolff’s comments, Horner denied Red Bull had used an upgraded engine. “We’re not allowed to make improvements, so I’m not quite sure what he’s referencing there.

“It’s the same specification as the first unit. We’ve run a much smaller rear wing here so that’s why the straight-line performance was strong.

“Honda are doing a great job. But we don’t see a sudden significant increase in power.”