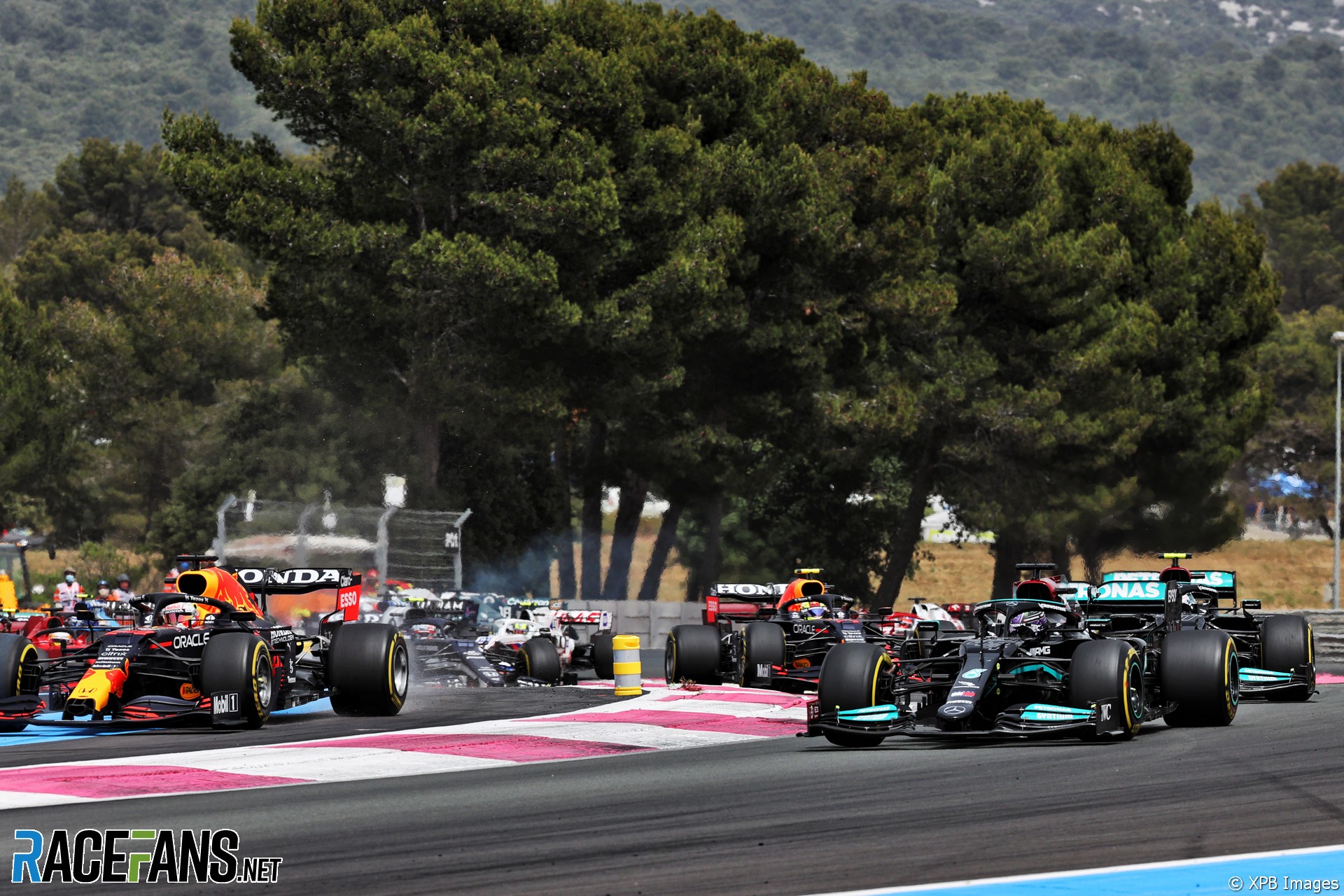 Max Verstappen and Valtteri Bottas avoided penalties during the French Grand Prix despite failing to follow the race director’s instructions in how to rejoin the circuit after running wide.

The Red Bull driver lost the lead at the start of the race after going off the track at turn two. Later in the race Bottas ran wide at turn four.

In both cases the FIA had set down instructions on the routes drivers were required to follow to rejoin the circuit. However as race director Michael Masi explained, drivers and teams were told before the race each case would be “considered on their merits”, and for Verstappen and Bottas the requirements were waived.

Instead of doing this, Verstappen rejoined the track after the two bollards, losing one position to Lewis Hamilton. Driving between the blocks in the run-off area would have cost him much more time.

Masi said it would have been impossible for Verstappen to comply with the requirements at that point on the circuit.

“We saw Max going off in that area the other day where it was quite clear that it would have been physically impossible to actually get to that point, to manoeuvre around, because it depends upon the trajectory of which you’re arriving,” he explained.

The bollards “are put there for what has historically been the most common trajectory of going off a turn one and rejoining,” Masi added. “It was looked at and deemed that in that circumstance it was quite clear that Max slowed, lost a position, rejoined in a safe manner, and therefore no further action was necessary”.

Later in the race Bottas went wide at turn four, and passed the bollard on the inside of the corner on the left. The rules stated he had to “rejoin the track by driving to the left of the block in the run-off prior to turn five”, which he didn’t do.

Masi confirmed he was satisfied Bottas had rejoined the track in a safe fashion.

“It was deemed that where Valtteri did go off at the apex of turn four, that he actually probably did the safest thing in those circumstances, lost a significant amount of time and rejoined in a safe manner. So therefore it was deemed that no further action was necessary.

“However, it was counted as one of his, let’s call it, ‘three strikes’ towards a black and white flag, which obviously you don’t see on a screen anywhere. But it was certainly one of the three that was taken into account, which was his only one during the race.”