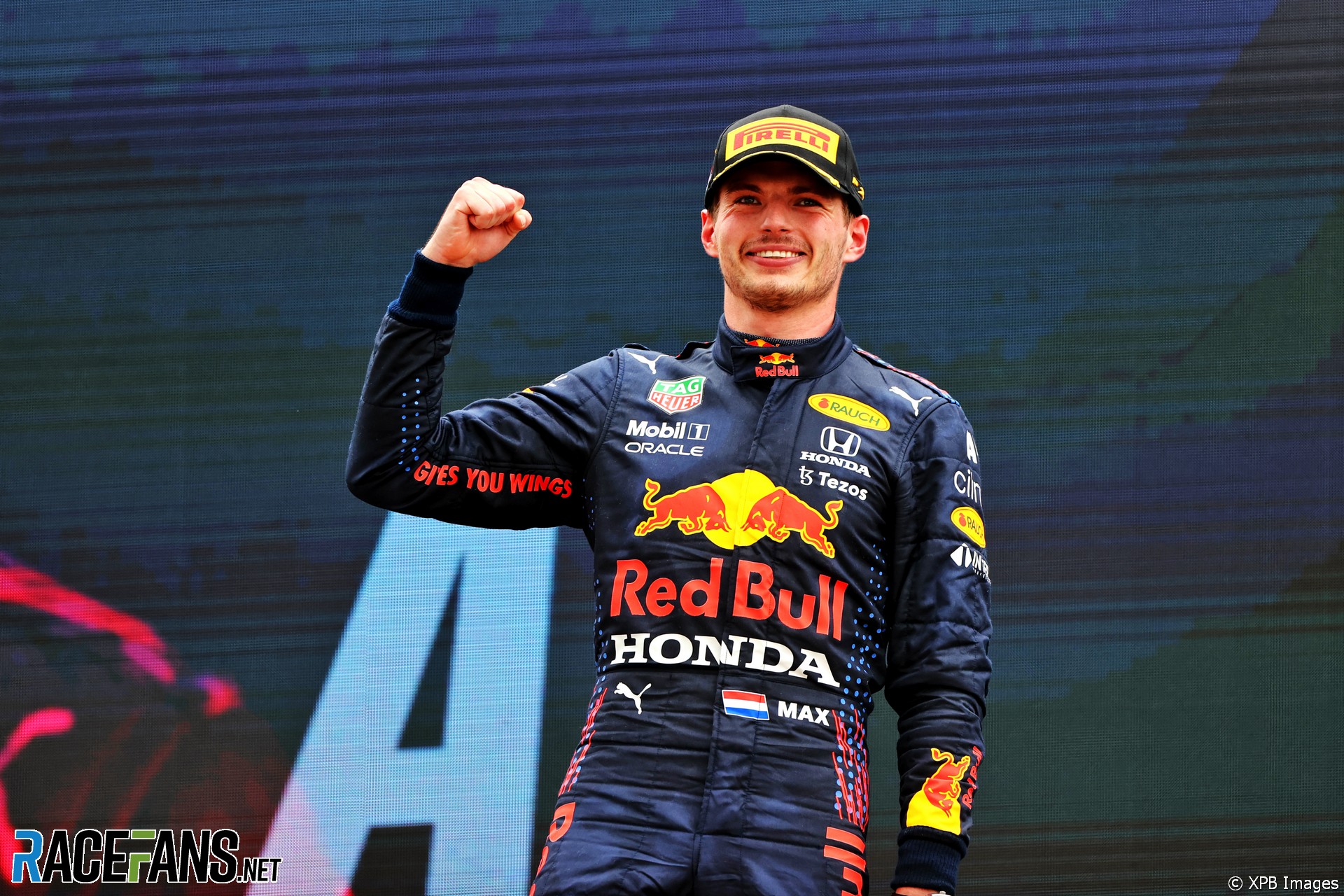 Max Verstappen is increasingly the driver to beat in Formula 1.

Sunday’s race would have been his third win in a row, had he not been robbed by a tyre blow-out in Baku two weeks ago.

Verstappen added the bonus point for fastest lap, becoming the first driver this year to score a maximum 26 points in a race.

It was also Verstappen’s first ‘hat trick’ of pole, fastest lap and win. The world championship leader is the 46th driver in the history of the sport to achieve this feat. Michael Schumacher holds the record for the most such ‘hat tricks’ with 22 – four more than Lewis Hamilton.

The Mercedes driver looked like he was steaming towards his 100th career victory when he won three of the first four races. Red Bull’s sweep of the last three rounds have put that on hold. But if Hamilton wins either of the next two races at the Red Bull Ring, he could take that 100th win in his home race at Silverstone.

This was the first time Red Bull have won three races in a row since the end of the V6 hybrid turbo era in 2013, when Sebastian Vettel won nine consecutive races. Engine supplier Honda has to go back 30 years to the opening four races of 1991 for the last time it did the same.

It was also Red Bull’s first win in France. When they first entered the sport in 2005 the energy drink was banned from sale in the country, a restriction which was lifted in 2008, the year of the last French Grand Prix at Magny-Cours, where the team never placed higher than sixth.

Lando Norris extended his run as the only driver to have scored points in every races this year. With Ferrari posting their first no-score since the end of last year, McLaren regained third in the championship thanks to Norris and Daniel Ricciardo, the latter equalling his best finish for the team to date with sixth place.

Ferrari’s failure to score means only three teams have collected points in every race: McLaren and Honda-powered pair Red Bull and AlphaTauri. Williams and Haas remain yet to score, but Haas’ ascent to ninth in the constructors’ championship at the previous race proved short-lived – Williams are back in front thanks to George Russell’s 12th place.

None of the 20 starters retired, which last happened at the Austrian Grand Prix in 2019. The first time this happened was 60 years ago at the Dutch Grand Prix, when all 15 starters took the chequered flag. F1 will return to the scene of that race, Zandvoort, in September.

Have you spotted any other interesting stats and facts from the French Grand Prix? Share them in the comments.

35 comments on “Verstappen takes his first sweep of pole, fastest lap and victory”