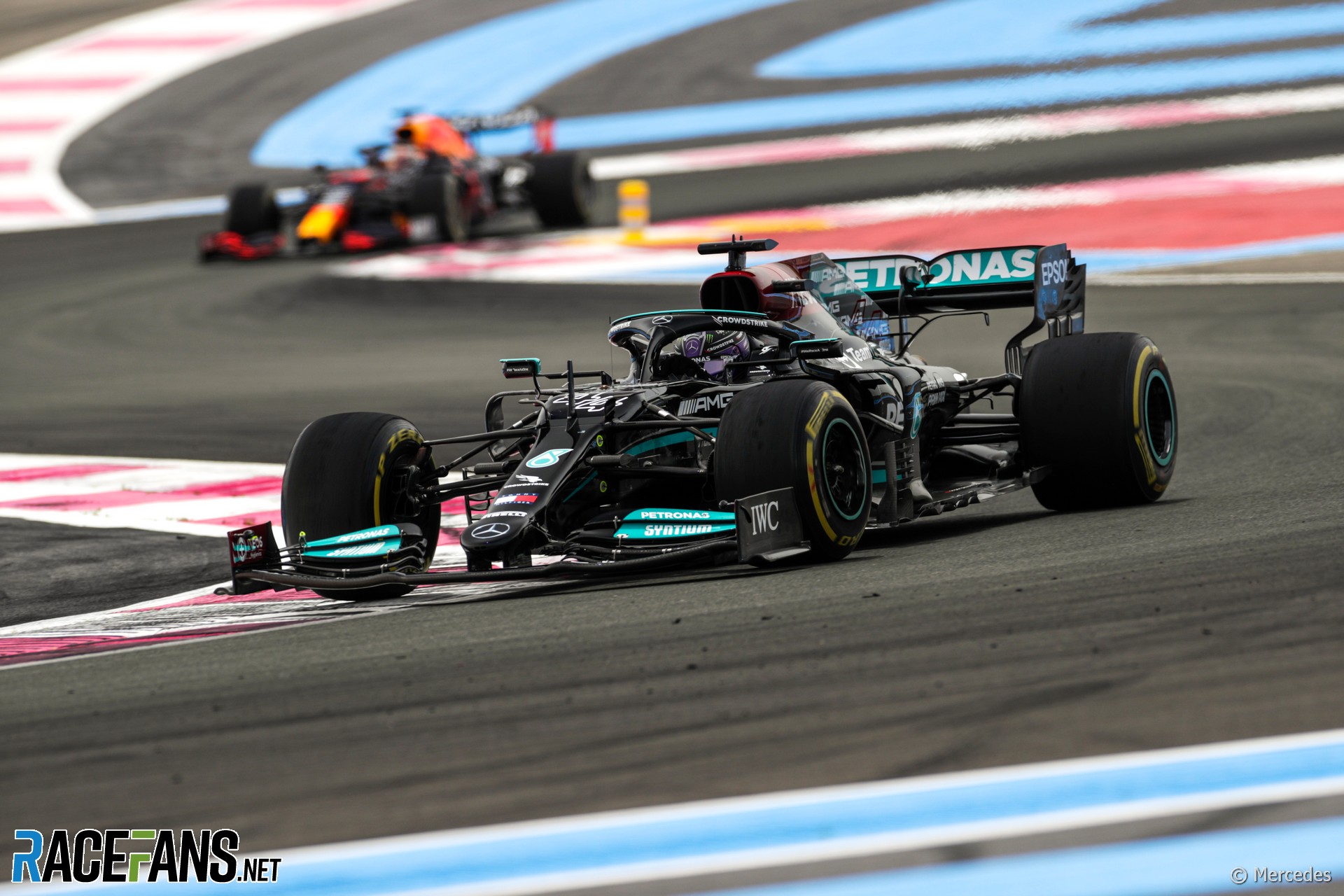 Red Bull CEO Christian Horner says he was “surprised” Mercedes gave them the opportunity to get Max Verstappen ahead of Lewis Hamilton through the pits during the French Grand Prix.

Verstappen took the lead when Hamilton made his pit stop on lap 18. The Red Bull driver pitted a lap earlier and fitted fresh tyres which gave him the performance advantage which helped him get ahead of Hamilton.

Mercedes could have brought Hamilton in on the same lap as Verstappen. Horner said his team pitted Verstappen in response to Valtteri Bottas’ pit stop the lap before, and thinks it would have been logical for Mercedes to do the same with Hamilton.

“Bottas pitted, we had just enough to cover to him,” said Horner. “And I was surprised that they didn’t do the same with Lewis on the same lap because Max then had a stonking out-lap and managed to get track position.”

Having taken the lead of the race, Red Bull chose to bring Verstappen in for a second pit stop soon afterwards. This was a risky decision, as it left him needing to pass the two Mercedes drivers and his team mate to win the race, but it paid off.

Horner said the team was anxious not to repeat the situation it had been in at the Spanish Grand Prix, where Hamilton made a second pit stop while chasing Verstappen, and used his fresher tyres to catch and pass him.

“Mercedes were pushing very, very hard. And we just didn’t want to be in the same position as Barcelona. So it’s always a difficult thing to pit from the lead with, what, 21 laps to go, but that’s what we did. And whilst in the meantime, leaving Checo on a one stop.

“And it worked out. Obviously Max had the pace to catch and pass the three cars ahead. It was crucial to get past Bottas quickly. And then it was great to get Lewis and a little bit of payback for Barcelona earlier in the year with a lap and a half to go.”

Had Mercedes successfully covered Verstappen’s first pit stop, Horner says it would have made it easier for Red Bull to commit to the two-stop strategy which potentially won them the race.

“It would have been easier if they’d have maintained track position, because then we would have pulled the trigger anyway. It would have made our decision easier.

“But to make that call when you’re in the lead and all the tyres are looking okay and so on, was quite a ballsy call, but it was the fastest way we felt to the end of the race.”

While Red Bull took pole position, Horner believes Mercedes were a stronger threat in race trim, and tactics made the difference.

“I think strategically we were better in that race,” he said. “There’s very, very little between the cars.

“I think arguably in the wind that we had today their race pace looked a bit more comfortable for them. With the wind, the high Mistral here, it was quite tricky out there. And I think with the lower downforce on the car, it wasn’t quite as secure as the Mercedes.”