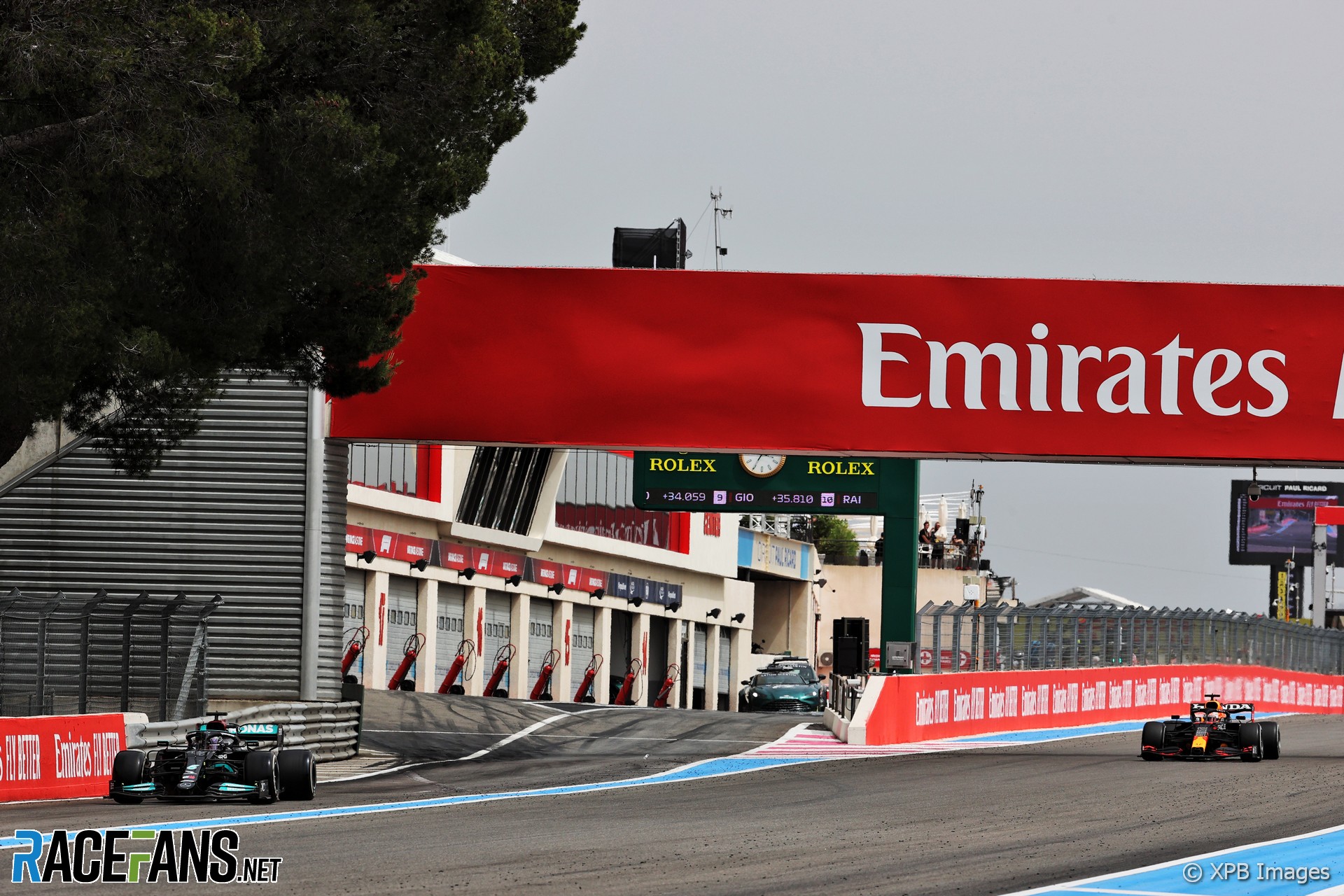 Mercedes’ head of trackside engineering Andrew Shovlin admitted the French Grand Prix was a race the team should have won.

Lewis Hamilton took the lead of the race on the first lap but lost it when he made his first pit stop. His championship rival Max Verstappen came in on the lap before and, despite having been three seconds behind Hamilton before his pit stop, took the lead.

“It is annoying because I think we could have won the race,” said Shovlin. “I think we could have had two cars on the podium and we’re in a championship where we can’t really afford to let these opportunities go by the way we did today. But they weren’t easy decisions at the time that they came up.”

Shovlin said the team’s strategic models indicated they were far enough ahead of Verstappen not to need a pit stop when the Red Bull driver came in.

“We thought, when we had just over three seconds to Max, we were safe from the undercut. And that wasn’t the case.

“Even now we don’t fully understand why our models were telling us that we would have been okay. So clearly, there’s something we need to go off and understand there.”

Failing to pit Hamilton on the lap after they brought Valtteri Bottas in probably cost them victory, Shovlin admitted. “If we brought Lewis in the lap after Valtteri – whether Max would have followed us in I don’t know – but if we’d done that, I think that would have put us in a decent position.”

Later in the race Verstappen made a second pit stop and was able to catch and pass Hamilton before the finish. Shovlin says that strategic option was less likely to work for Hamilton, as it would have meant coming out of the pits behind Verstappen’s team mate Sergio Perez.

“Converting Lewis to a two-stop wouldn’t have worked the same because Max only just got us, and we would have had to get through Sergio and of course, that’s going to be more difficult for Lewis than it was for Max.

“So really it was just that we thought we were okay. We couldn’t have been any further up the road, Lewis had gone flat out in that first stint, but it would just be stopping him a lap earlier.”

“We’ve got a good, good race car. We showed that today. I think we’re lacking a bit in qualifying. But in terms of the race on a normal circuit, we are able to put them under pressure.

“But we know that to do that to win races, we’ve got to be next to perfect. And there’s plenty of things that we can go away and reflect on and say that we didn’t do a good enough job.

“We’re pretty good at being brutal with ourselves and analysing it and we’re going to do that for a couple of days and hopefully come back in Austria stronger.”