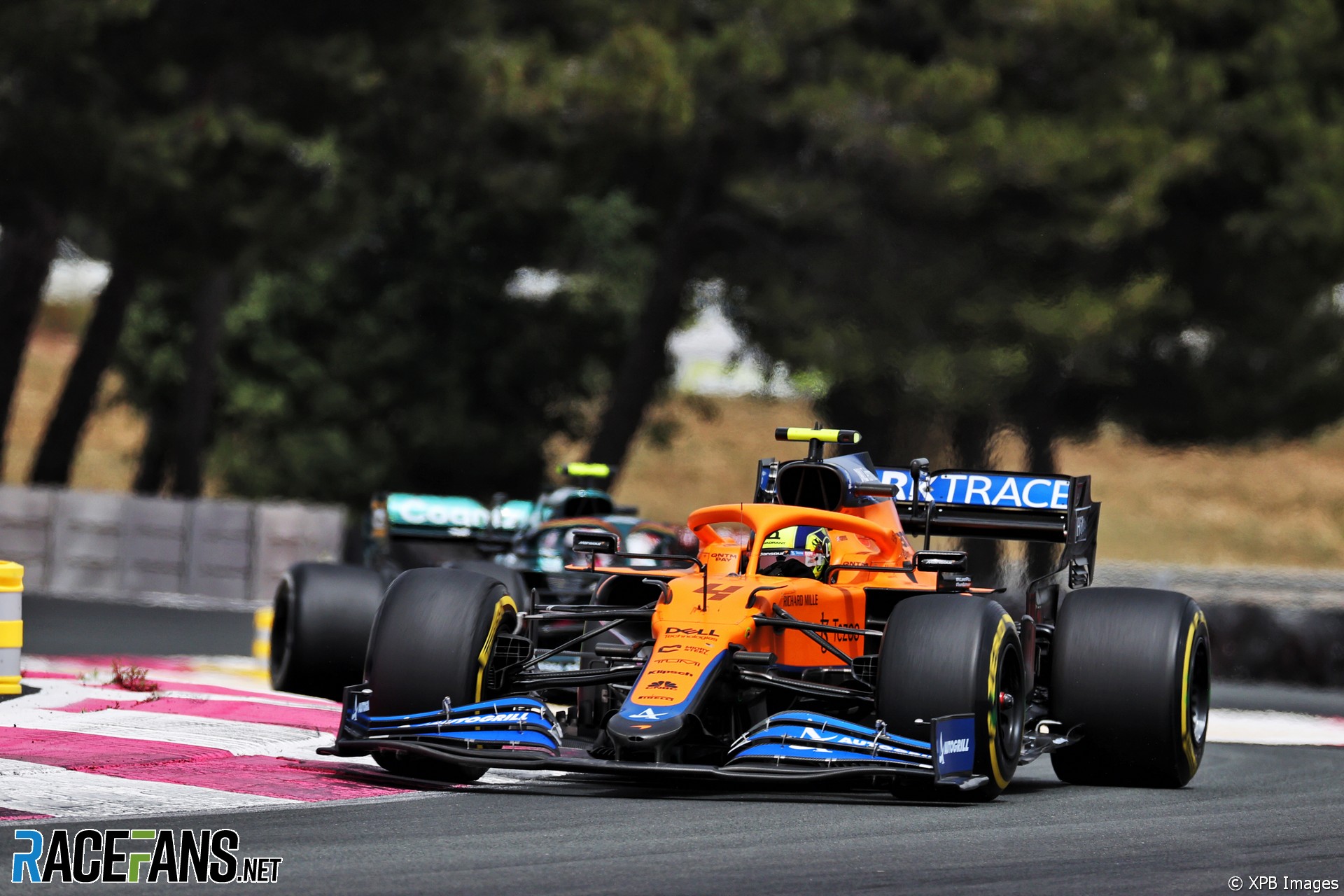 Lando Norris says McLaren did not expect such a strong result in the French Grand Prix after he finished fifth ahead of team mate Daniel Ricciardo.

McLaren equalled their best points haul of the season so far, jumping past Ferrari into third place in the constructors’ championship.

Norris was satisfied with the result after a disappointing qualifying performance saw them start eighth and 10th.

“I’m really happy with today,” he said, “especially after yesterday, I was a bit disappointed. So to come back and be P5 for me, P6 for Danny [it’s] a good result for us as a team. I think it’s been our best race together.

“I’m a bit surprised because I didn’t think we were really expecting this after yesterday. So a few things for us to try and understand.

“It was a fun race for me, all the overtaking and the strategy and trying to survive in the first with the tyres and things. It was tricky but it paid off.”

Norris lost two places at the start after experiencing a gear shift problem. “Lap one was pretty bad for me – the start, really,” he said. “I had a downgraded shift or a bad shift to second or third gear and I lost quite a few positions.”

McLaren opted to keep Norris out for a long opening stint before pitting him for hard tyres on lap 24. The fresher tyres helped him pass several cars on his way to fifth.

McLaren’s fortunes were in contrast to those of rivals Ferrari, who fell down the field after struggling for race pace. But Norris does not believe the result in France shows McLaren now has an advantage over them.

“I’m not going to get too happy,” he said. “It’s going to be like this all year: This weekend has gone to us, but they’re fast and they’re tough to beat, so I’m sure they’ll be back next time.”