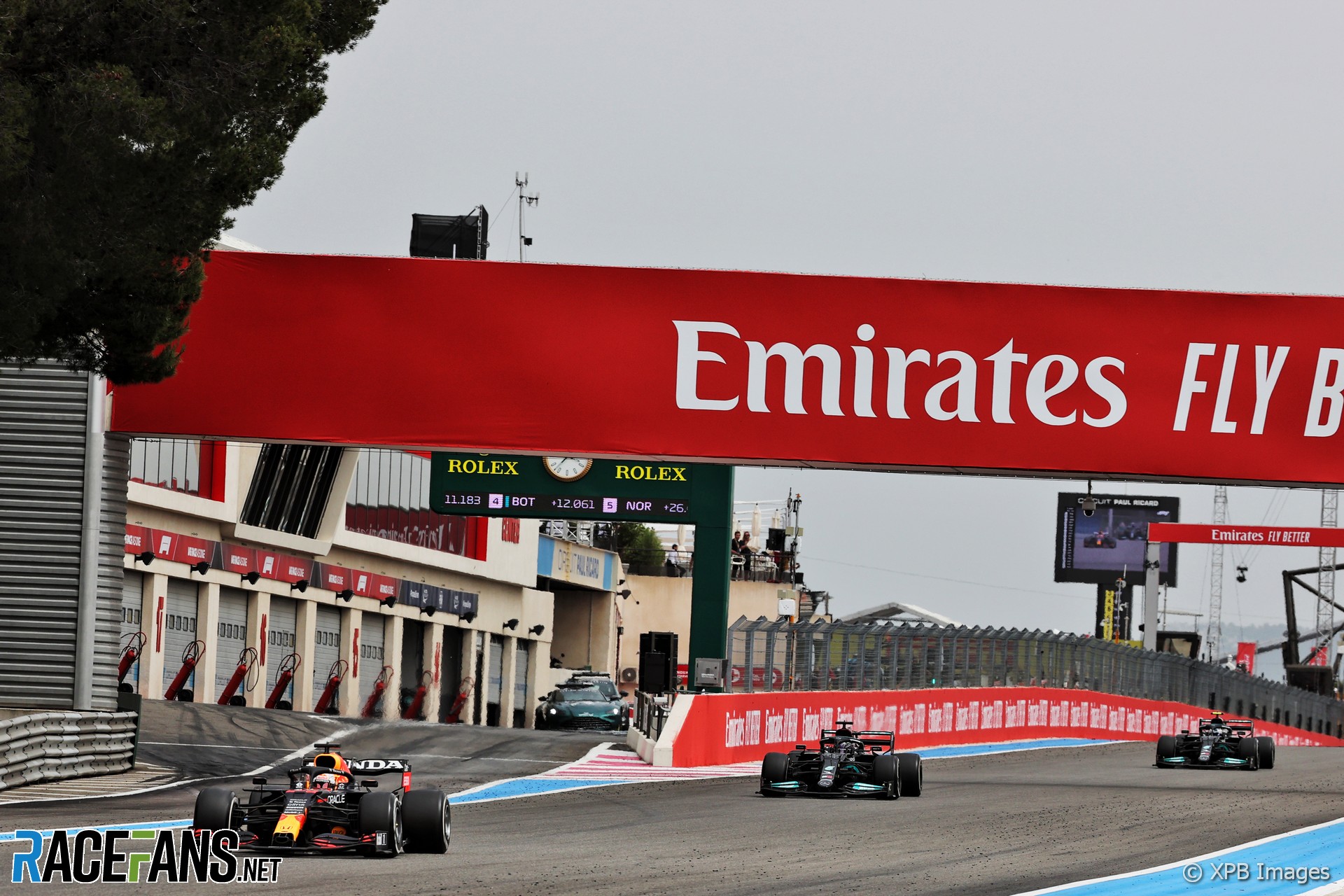 Lewis Hamilton said there was no way he could keep Max Verstappen behind when the Red Bull driver caught him at the end of the French Grand Prix.

The Mercedes driver lost the lead of the race when he made his first pit stop two laps later than Verstappen. Hamilton admitted Red Bull had got the better of Mercedes strategically, but also pointed out their rival’s car was significantly quicker in a straight line.

“Undeniably they were just much quicker than us this weekend,” said Hamilton. “We’re losing three and a half tenths just in a straight line.

“So you saw him fly past me down the straight. There was nothing I could do to keep him behind.”

Unlike Mercedes, Red Bull fitted new engines to their cars this weekend. Under Formula 1’s rules these must be of the same specification used throughout this season. Hamilton said this will make it difficult for Mercedes to reduce their performance deficit to Red Bull’s engine supplier Honda.

“It’s difficult because the engines are homologated,” he said. “They’ve obviously brought an upgrade here so we’ve got to dig deep and try and see if we can figure out how to get quicker.”

Verstappen was the second-quickest driver through the Paul Ricard speed trap during the race, registering 337kph. That was 16.3kph quicker than Hamilton, who was slowest.

Speaking in the press conference after the race, Hamilton acknowledged that deficit may not be entirely down to differences in their engine performance.

“We’ve got to find some pace, that’s for sure,” he said. “Most of the time we lost today was just on the straights. We’ve definitely got to dig deep, try to find out what that is – whether it’s power or drag.”