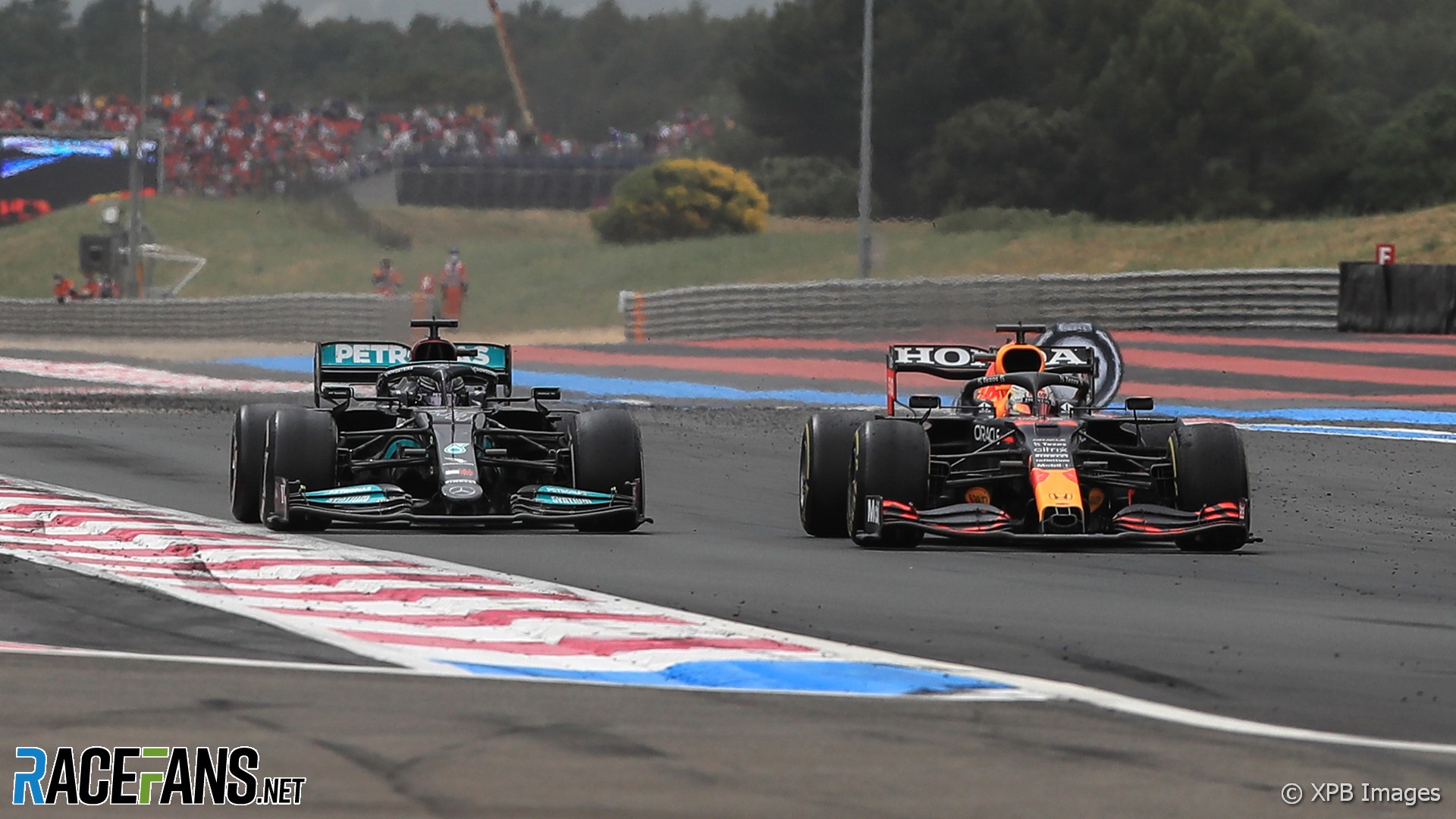 Lewis Hamilton believes he could have won the French Grand Prix had he switched to a two-stop strategy as race winner Max Verstappen did.

The Mercedes driver led the early stages of the race, but dropped behind Verstappen when the Red Bull driver took his first pit stop before Hamilton came in. Verstappen made a second stop later in the race, and Hamilton regained the lead by staying out, but was passed by the Red Bull on the penultimate lap.

He believes they could have beaten Red Bull had they considered a two-stop strategy, but said they had committed to making just one.

“A two stop would have potentially done the job, but it was not on the cards at all for us,” said Hamilton. “So we’ll do some analysis and try and figure out why.”

Despite seeing Verstappen increase his lead in the championship to 12 points, Hamilton was phlegmatic about his defeat.

“I think we did a great job today and it just didn’t work out,” he said. “So I’m not massively disappointed. I think I did the best job I could today.

“Of course there were things that we could probably have done slightly better. But overall, they have been quicker than us all weekend. So it’s a true reflection of the pace they have.”

Verstappen passed Hamilton on the approach to the Mistral chicane on the penultimate lap. Hamilton said there was no point trying to defend hard against a significantly quicker car on worn tyres, and pointed out Valtteri Bottas had also been unable to keep the Red Bull behind.

“Firstly, there’s marbles on the inside, so I don’t want to make my tyres any worse than they already were. He had the DRS open and if he didn’t pass me there, he would have passed me the straight afterwards. So it made zero difference.

“I just had no front end so he would have passed me either way. So it was pointless to defend any harder. I think you saw what happened to Valtteri, he ended up going straight on so there was no point messing up the tyres any more.”