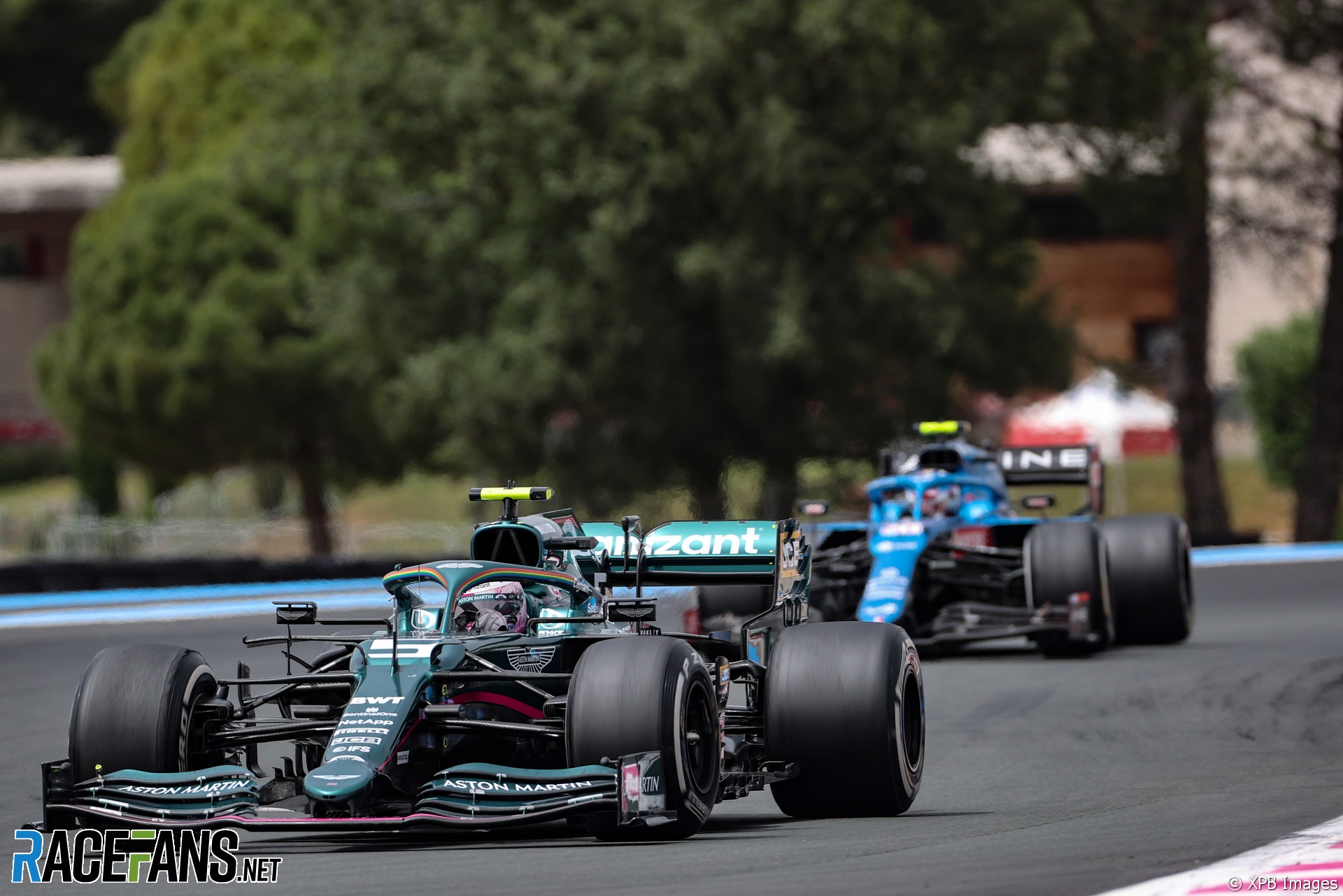 Sebastian Vettel says he was pleased with his recovery into the points during the French Grand Prix after going off early in the race.

Vettel started from 12th on the grid, seven places ahead of team mate Lance Stroll who failed to set a time in qualifying. The pair finished in ninth and tenth, Vettel taking his third points score in a row.

“It was a good recovery drive,” said Vettel. “Good to have both cars in the points. It’s not a lot of points for ninth and tenth, but it’s good.”

Vettel took advantage of a long opening stint to move into the points, but lost time when he went off at the long Beausset corner.

“We had to try something different and I think it worked,” Vettel said. “Unfortunately, I had one off in the first stint where I lost a lot of time. Otherwise I think maybe we could have been closer with the group at the very end of the race and we had better tyres, maybe score some more points.”

Vettel was only four seconds behind Daniel Ricciardo in sixth place at the end of the race.

“But it’s quite windy and the car was quite inconsistent for all of us today,” Vettel continued, “so that was very tricky to judge. I was pushing quite hard and maybe in that one lap pushing a little bit too much.”

With the performance of teams in the midfield varying each race weekend, Vettel says it’s important for Aston Martin to maximise its opportunities to score points.

“I think the team in general is strong. Obviously we are not where we would like to be with the car but I think overall the team is doing very, very well. I think we have been catching up a little bit, which is important.

“It’s very tight and we need to score points like today, even if it’s not a lot. We did good. We are fighting with AlphaTauri and Alpine as well. It’s going to be a long year, hopefully we are getting better and better and starting to have a bit of an edge, but it’s a long way to go.”