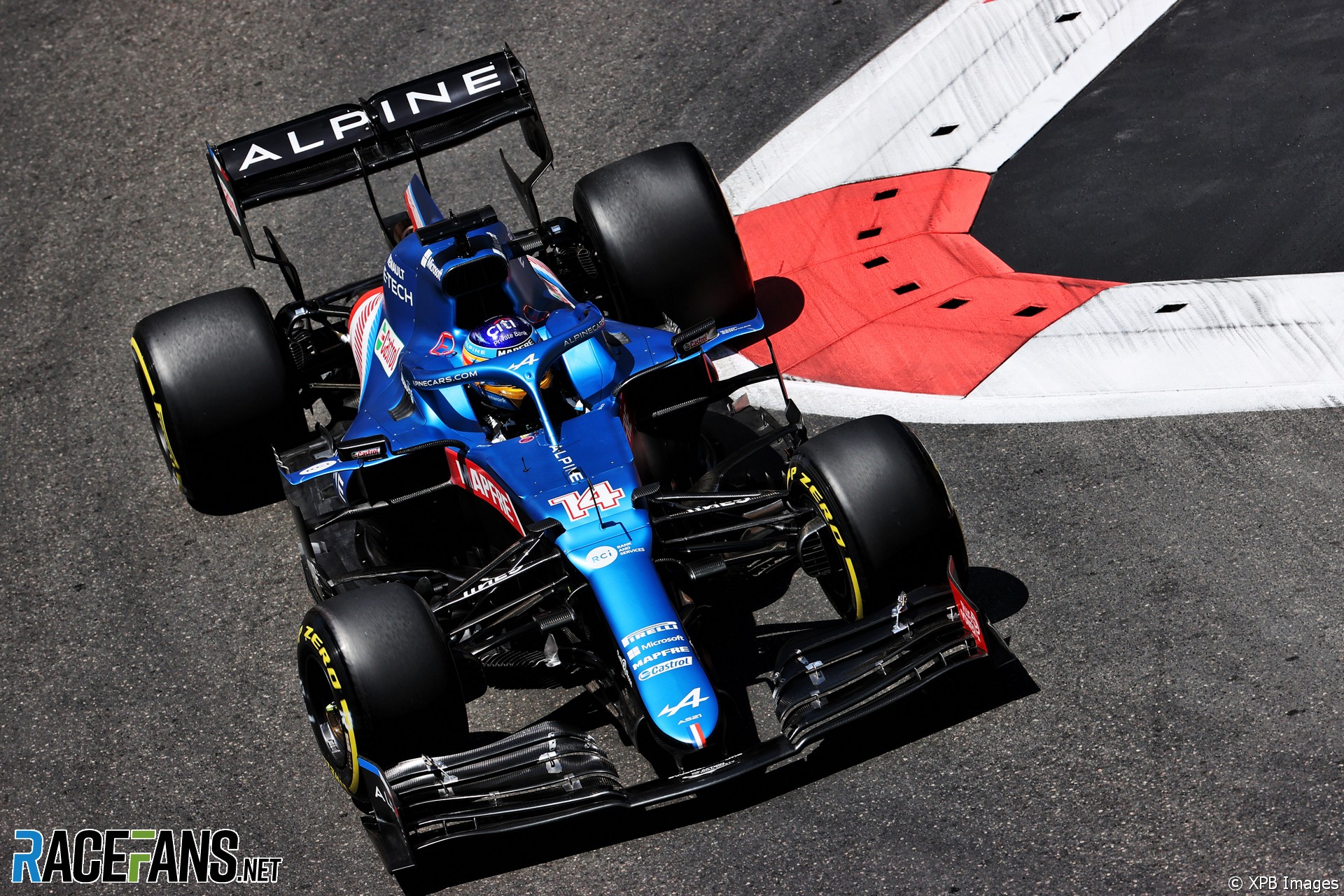 Fernando Alonso has called for talks on how to improve Formula 1’s qualifying rules after the contest for pole position was decided by a crash for the second weekend in a row.

The Alpine driver was one of the eight drivers in Q3 who had to abort their final laps after two of their rivals crashed at the end of the session. Two weeks earlier in Monaco Charles Leclerc took pole position after crashing on his final lap in qualifying.

Alonso said it is not fair that drivers who crash in qualifying are able to take their starting positions with no disadvantage.

“This is the rule that we all know,” he said. “I know there were some discussions already after Monaco when Leclerc crashed and you are able to repair the car. I think they’re going to be even more now because there are four or five cars that made a mistake today and there is no price to pay tomorrow.

“That’s a little bit unfair for the other people that didn’t make a mistake. But the rule is the way it is. We know the rule before we start the weekend. And sometimes we may [end up] in the wall and we will benefit from this rule.”

Leclerc’s crash in Monaco prompted suggestions Formula 1 should adopt IndyCar’s rule which penalises drivers for causing red or yellow flag incidents in qualifying. Alonso wants F1 to consider some kind of improvement to the qualifying procedure.

“It is the way it is but maybe we need to think how to improve,” he said. “I think we didn’t enjoy qualifying today from inside the cars and probably even from the outside because you are always hoping to see the real battle on the last couple of new sets of tyres in Q3 when the gloves are off and you want to see the action and you always finish with a strange [end]. So there will be, for sure, some talks.”