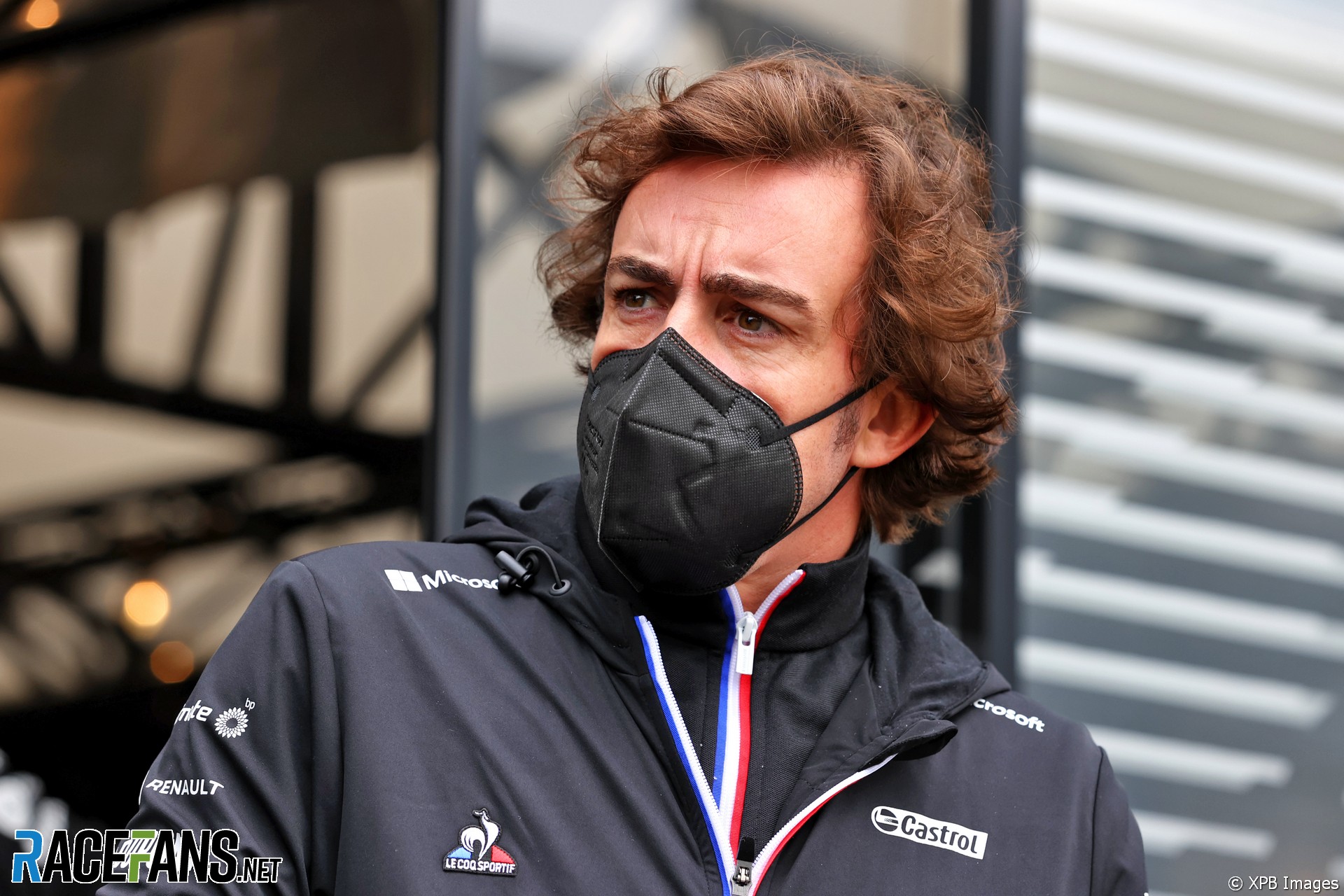 Fernando Alonso says he is not sure whether he will continue in his effort to win the Indianapolis 500, and complete the ‘Triple Crown’ of motor racing.

The Alpine driver made his first attempt to win the race in 2017. He has returned twice since, most recently last year, where he recorded his first finish.

If he were to win the race, Alonso would join Graham Hill as the only driver to have won it as well as the Monaco Grand Prix and Le Mans 24 Hours, completing the so-called ‘Triple Crown’ of motorsport. But speaking in today’s FIA press conference Alonso said he may not return to the Brickyard.

Responding to recent comments by 1995 Indianapolis 500 winner Jacques Villeneuve, who claimed he had stopped trying to win the race, Alonso said: “I think we all have different opinions and different point of views and how to race or how to achieve goals.

“For sure, what other people say about your own goals or your own dreams will not affect your thinking or your way to see things. So if I do it again, it’s going to be for a dream of the Triple Crown or try to achieve the win. It’s not that you do that type of race just for fun.

Alonso made his two most recent attempts to win the race during his two-year absence from Formula 1. He enjoyed more success in the World Endurance Championship, winning the 2018-19 season with Toyota team mates Sebastien Buemi and Kazuki Nakajima, and scoring two victories at Le Mans.

He described how both experiences offered different challenges to F1. “There are many things that you can learn from any of that experience away from Formula 1, because F1 is a very close environment,” said Alonso.

“You repeat the same thing every two weeks, the same exact routine. Your driving style, it gets in a way the same for over the years.

“I think in endurance racing you have to be yourself much more than any other race car, in a way. You find traffic in different places, in different laps, in a different time of the day, for every single lap, every time you jump in the car. You have to share much more with your team mates, there is a lot more teamwork in endurance racing than F1. So there are things that you are learning and you are taking that different approach for your future adventures in motorsport.

“And the same in IndyCar, I think the level of detail that you have to reach in terms of set-up, in terms of preparation for a Indy 500 race is much higher than any F1 event. Because the cars are the same and how the small details can affect the driving style, the performance, the overtaking opportunities. You have to anticipate some of the things that will happen in the next two or three laps.

“There are many lessons that you learn in different categories that hopefully you can apply in F1 or I can apply in the future.”